Today the President of Estonia announced the Spanish firm Nieto Sobejano Arquitectos as the winner in an international competition to design a new Cultural Centre in Estonia. The Arvo Pärt Centre is dedicated to the Estonian composer and will house an archive of his work, making it available to researchers and enthusiasts at the new site in Laulasmaa.

Nieto Sobejano Arquitectos came first from a shortlist of 20 architects, including names such as Zaha Hadid Architects and COOP HIMMELB(L)AU. Second and third prize went to US practice Allied Works Architecture and Kavakava Architects of Estonia respectively. See images of the top three projects after the break. 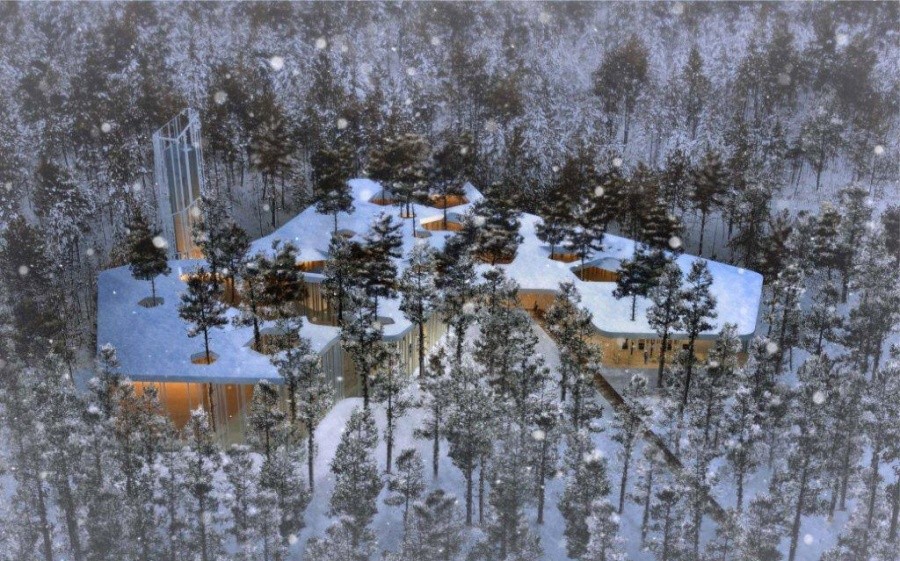 Peeter Pere, Vice Chairman of the Union of Estonian Architects and member of the jury, said that "the awarded entries present the best combinations of simultaneously perceptible daring, purity, genuineness, simplicity, radicalness, asceticism, airiness, tenderness, conciseness... In summary: the nature of the future Centre has been captured in the best possible way."

Michael Pärt, the chairman of the Jury and Arvo Pärt's son, said of the winning design: "'Tabula' creates a harmonious and flexible environment for Arvo Pärt’s music. What deserves to be singled out in particular about this contest entry is its spatial arrangement and thoroughly considered thematic lighting."