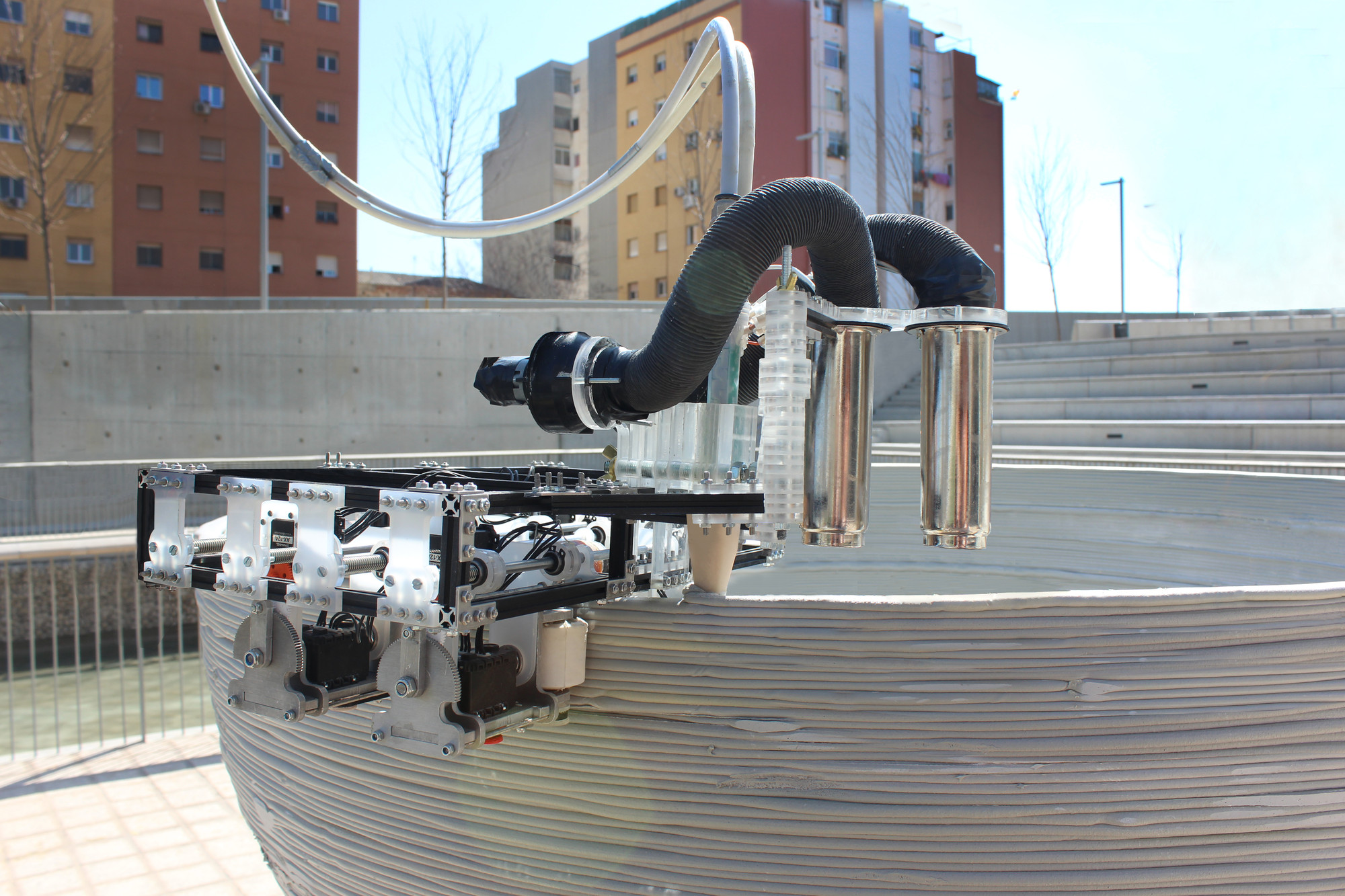 The three robots work one after the other, depositing fast setting artificial marble to build up the structure: first a 'Base Robot' lays the bottom 10 layers; then a 'Grip Robot' builds the remaining shell of the structure; finally a 'Vacuum Robot' traverses the shell, adding strengthening layers wherever they are needed.

Each robot is linked to sensors and a local positioning system, which feed live data into a custom software and allows the operator to control the robots’ movement. The robots are supplied with material through tubes from a further supply robot, which can follow them around the structure where needed.

The Base robot initially follows a predefined path, printing the first 10 layers of material. This is done in a continuous, spiraling fashion which allows continuous material flow and a gradual adjustment of the height of the nozzle.

The Grip robot then clamps onto the previously created layers, adding more to complete the basic structure. The nozzle on the Grip Robot can move left to right, creating gradually curving walls and overhangs. Heaters included on the robot also speed up the curing process, meaning that the fast setting artificial marble used is strong enough to support the robot on the overhangs.

Finally, the Vacuum Robot sucks onto the existing structure and lays extra material to provide strength wherever needed. This system not only allows larger structures to be 3D printed, but also improves on the existing technology: "a major limitation of today’s additive manufacturing techniques is linked to the unidirectionality of layer orientation, creating an inherent weakness," states the IAAC. Their system, by contrast, allows for a structural analysis of both the intensity and direction of structural stress, which can be used to optimize the paths taken by the Vacuum Robots.