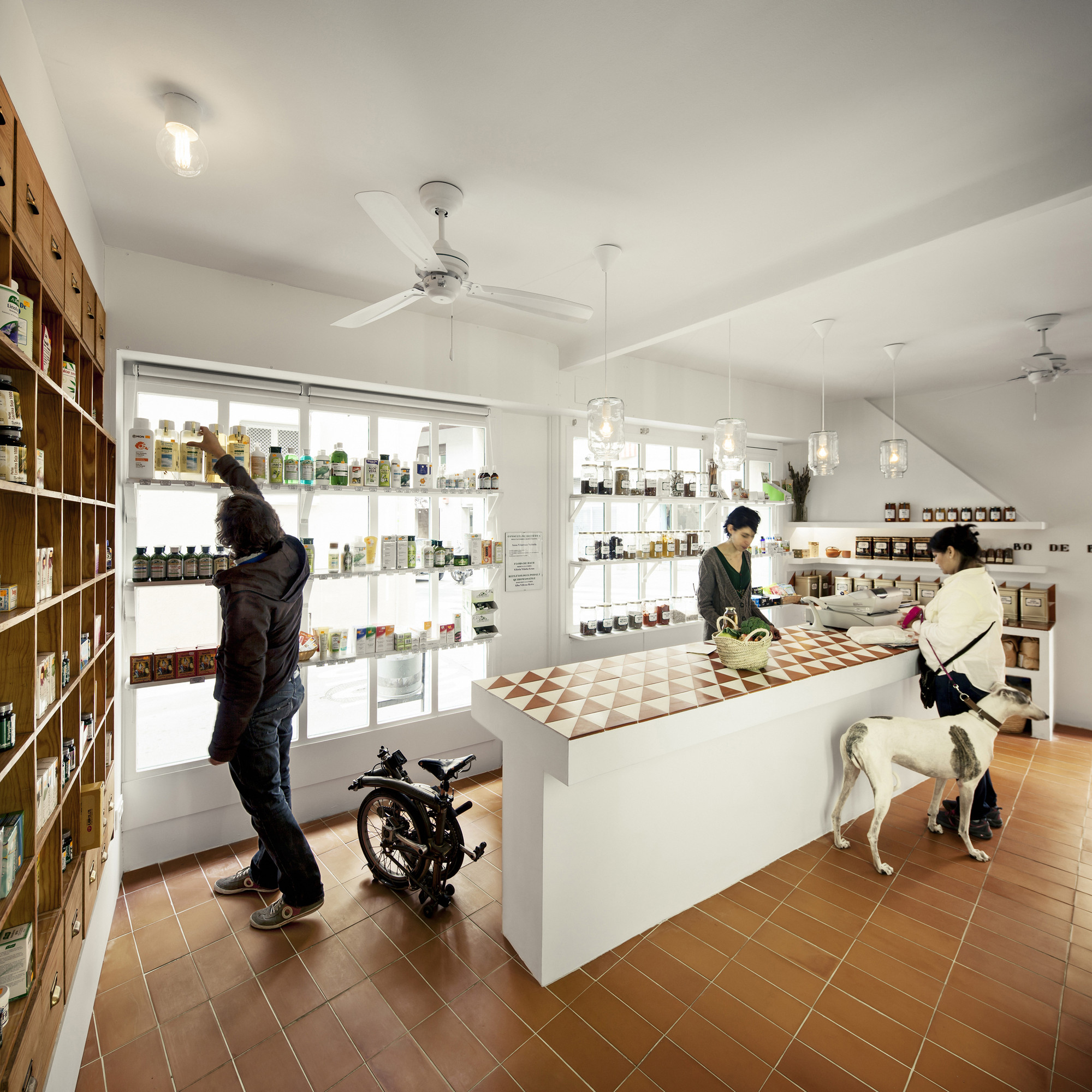 Text description provided by the architects. Bodebo is a neighbourhood shop located in the old quarter El Farró; for a long time, it has been selling ecological, in bulk, and local goods to the surrounding neighbours. The shop is situated at a corner between the streets St Hermenegild and La Gleba; it has a quite permeable façade with five large windows.

The request of transforming this site is due to the will of giving the shop a better visibility and to desire of making it more attractive to a younger public but with the requirement of maintaining the traditional nature of this lifelong shop.

As a response to these needs, the first ideas are centred on a better use of the salesroom, on the reorganisation of the exhibiting furniture and on the creation of expounding elements for the in bulk sale, and to put in a proper form the customers paths.

The first important decision is to reorganise the selling space so that the interior area is assigned to a warehouse and to take advantage of all the façade for the trade. The two windows, which were suppressed in the initial warehouse area, have become now part of the main selling and exhibiting area, inviting so the customers to enter.

The second decision, has been to recycle existing elements: this is the better guarantee that the shop will not lose its character. The traditional catalan tile that was present on benches and walls in the original shop has been used again for the large tables of in the bulk goods exhibition and for the selling counter. This time, with white painting on the enamel and terra-cota on sight and with a design that breaks the classical layout.

In the same way, these new tables are lit by a series of lamps made from the reutilisation of glass jars which, till this moment, were used as containers of sweets, chocolate and other selling products. Similarly, the whole of the pine-wood shelves which, in their initial layout did not follow any order criterion, have been recycled and rearranged. Now, disposed side by side, they shape a goods container wall, paralleling the façade; this disposition emphasizes the new diaphanous space and allows both customer and seller to see the whole display at a glance. 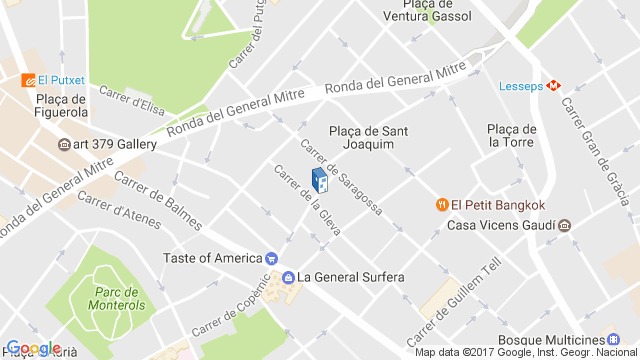 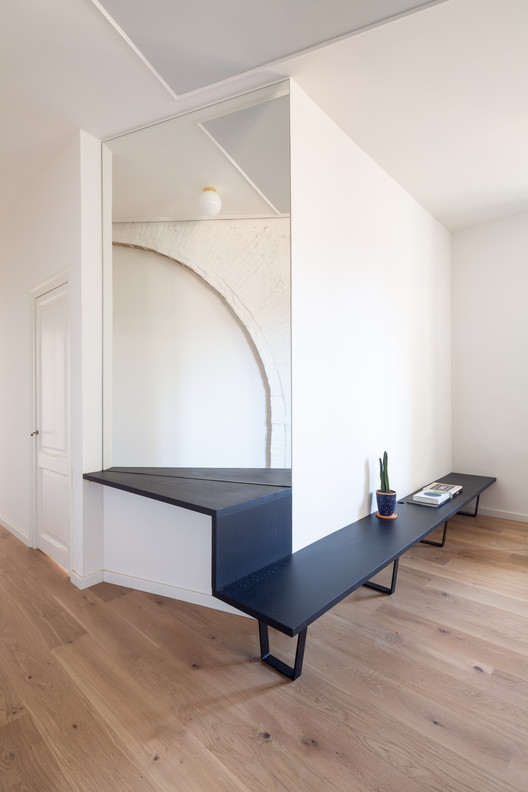