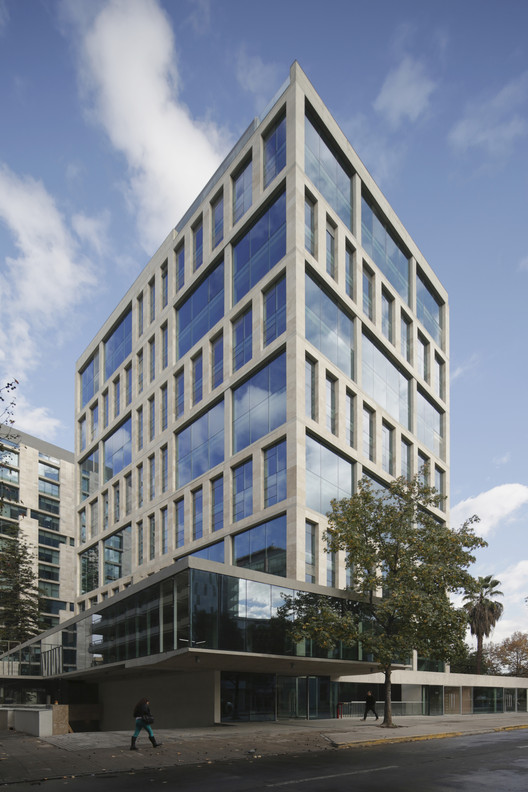 Text description provided by the architects. Private space for public use

The building occupies the site located at the corner of Santa Magdalena and Avenida Andrés Bello. For approval the draft sectional plan filed for interior passages of the Providencia district which was designed by the architect and town planner GermanBannen in 1973. Costanera Lyon 2 finally complete the interior passage known as Plaza del Sol , which originated in 1978 with Dos Caracoles under Banner Master plan.

The structure was designed based on rigid reinforced concrete frame and core that allows to transfer all the vertical and seismic loads through the facade to the foundations by 12 meters long reinforced concrete diagonals leading down from the third floor to a slab capital 70cm thick located in the first  basement. The proposed structure allows 100 % free plans to users. The proposed structure functions as thermal mass reducing energy consumption used in heating and AC for the offices.

Costanera Lyon 2 was selected to be exhibited at the XIV Venice Biennale. For the exibhition we created a 32 kilos exo-structure based on the compression of 21 pieces of marble that transfer the loads to each other until the base , exactly as the building does. 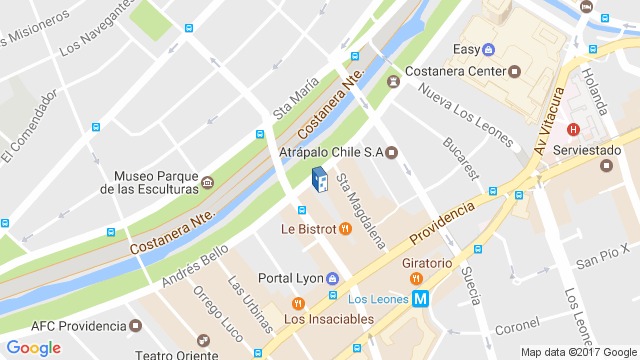