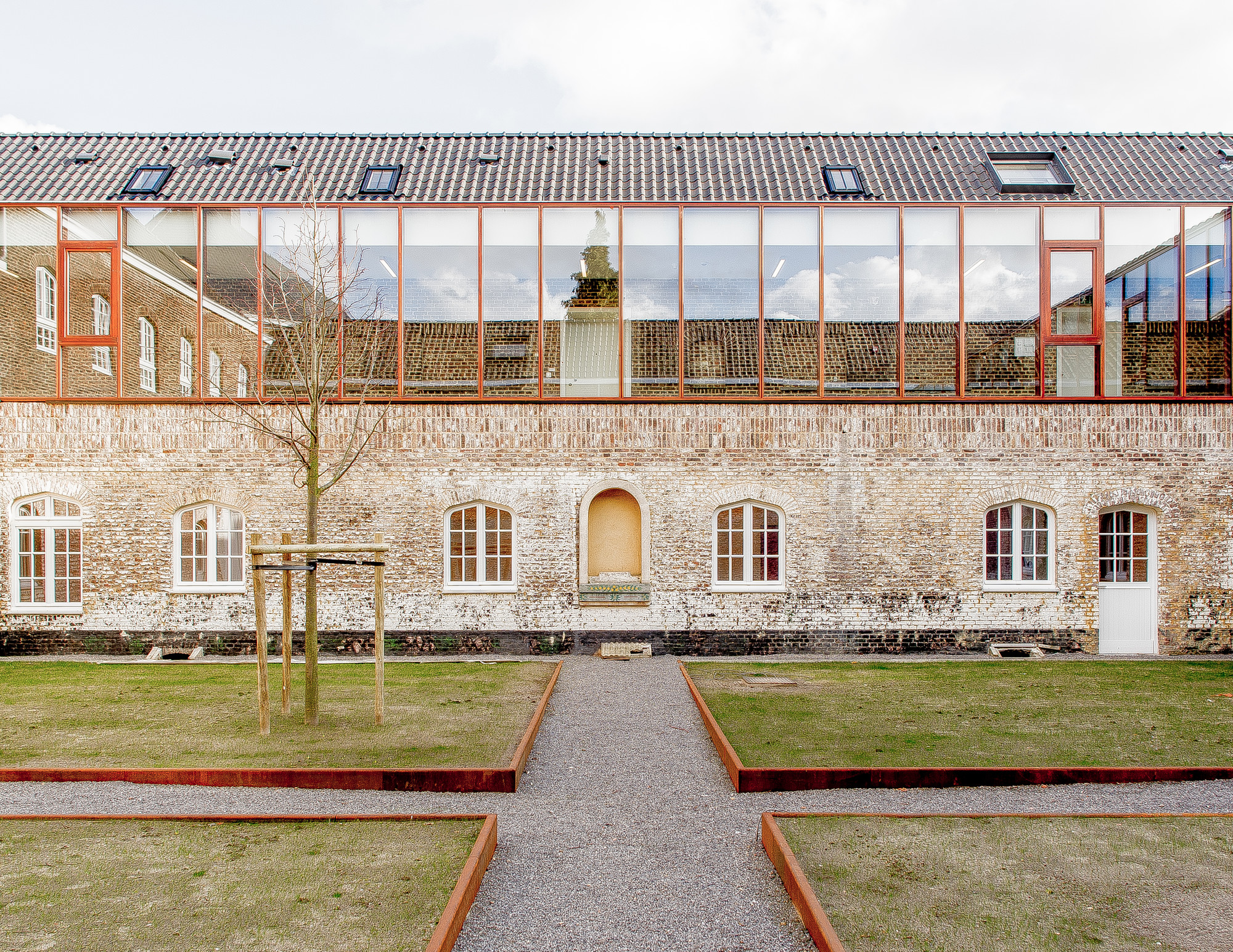 Text description provided by the architects. On 6 June 2004, the Colettine Poor Clares vacated the building. The former enclosed convent, situated on the Guffenslaan in Hasselt, is absent from the street scene. Its buildings are hidden behind a 4-metre-high wall. The walled premises are divided into quadrangles. The buildings were subsequently raised around courtyards. The southern part contains the enclosed convent complex. The northern part contains the chapel and the sectionof the convent that is open to visitors.

The design is characterised by a high degree of austerity. The number of building materials is limited. The building techniques show a rigorous simplicity: no concrete lintels or floors, but spans made of elliptical arches, or floors made of boards on wooden beams, decorated with motifs referring to tapestries. Everything is submerged in an atmosphere of modesty, simplicity, even a certain degree of poverty. A building method that has definedthe soul of the building complex.

In the search for a new use for the convent, the ‘health care’ theme was a deliberate choice. A secular extension of the ‘contemplative care’ that the sisters always represented. Today, the complex is a residential and health care centre, with service flats and public meeting areas, such as the redesigned chapel, the new ‘living room’ of the health care centre.

The entire complex is encapsulated in an atmosphere of peace and tranquillity. The new design is based on the importance of the walled gardens, and thus retains the spatial structure of the location. Continuing from the former convent gallery, users pass through the newly built parts. The circumambulation is clear and easily recognisable. The walk is extended equally logically in the gardens of the courtyards. Natural light accesses the corridors indirectly through skylights and decorative openwork in the walls.

This new perambulation creates two new gardens, around which care rooms have been situated. The concept ensures that all rooms face the gardens. The immediate and fully open relationship between the care rooms and the gardens, results in a special experience. There is an abundance of daylight in the rooms. The courtyard gardens are pivotal to the experience. The garden design aims for living with the seasons: colour and scent,shadow and light. Sensory experiences, mild stimulation for the elderly living here.

The entirely new part within the convent walls has a wooden facade. Without creating a sharp contrast with the existing buildings, the intervention is nevertheless recognisable. Old and new have been linked in an appropriate way.

The premises have been extended. New buildings, leaning against the outer convent wall, were added. The new volume contains the service flats. The service flat units are stacked as individual cells, a reference to the cells in the former convent.

The new building volume is U-shaped, its location creating another courtyard garden. This garden is raised above street level and marks the natural boundary with the public area. It heightens the sense of privacy.

A suitable location for every health care function was found in the existing convent complex. The boundaries between public, semi-public and private derive logically from the existing situation and create interspaces that can be used for meetings within a protective environment. Design and materials are in keeping with the existing formal idiom of the previous convent and retain the atmosphere of security and silence exemplified by the Colettine Poor Clares. 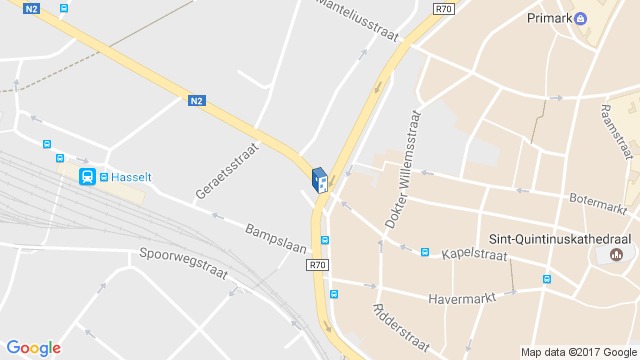