Text description provided by the architects. After climbing the hill we thought, ingenuously, that the best way of being established here would be to lie down on a carpet protected from the Sun for a parasol. A carpet that we’d be able to wrinkle to be more comfortable, a parasol that rises and goes down, changing the character of the space that it covers, adaptable to the positions of the body. House and body are recognized in that both are opened systems, in constant exchange with the exterior.

It would be interesting also to prolong a bit the experience of ascension, to construct a new top, to inhabit the peak.

To formulate a complex relation between two simple planes, or a complex plane that formulates simple relations (above below, out inside, floor-roof). It depends on if we read the object or the space... The variations obtain, surprisingly, an expressive and unitary vision of the object and contribute different relative positions with regard to the planes that they form; the continuity in the movement dissolves the limits between the different latitudes. Probably this way let's find a structure that obtains the transverse exchange that we want between the stable interior and the inconstant exterior, flowing in oblique way among spaces of different tone, here buried, there highly, with the stable look on the horizon.

Vars House is a two floor housing of around 1.200 s.m. for a family in Madrid. Lower floor is an open space with kitchen, domestic service, pool room and mechanicals. Higher is a continuous space with domestic program, 6 bedrooms, another kitchen, living & dinning room and audiovisual space. It’s completely open to the landscape and has two direct access to the garden on the roof, an stair from the living and a ramp from the children’s bedrooms. There’s a patio in the centre, an enclosed space, with a wide size tree as climatical control.

Structure, construction and space are the same thing. It’s being built in exposed concrete, walls act as beams of the large projections of the roof. Variable sections of the structure are used as expressive language, qualifying the spaces below. 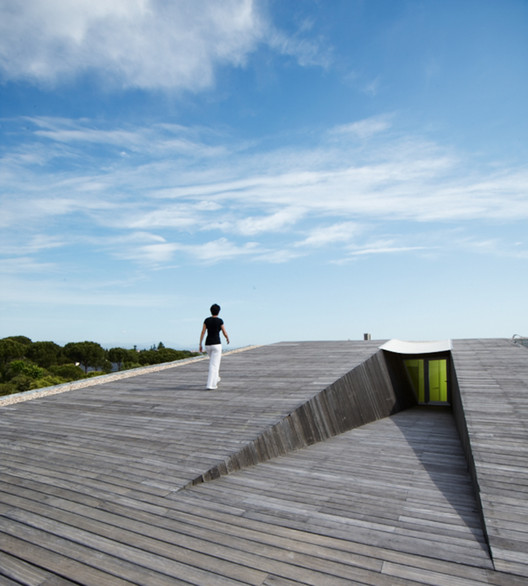