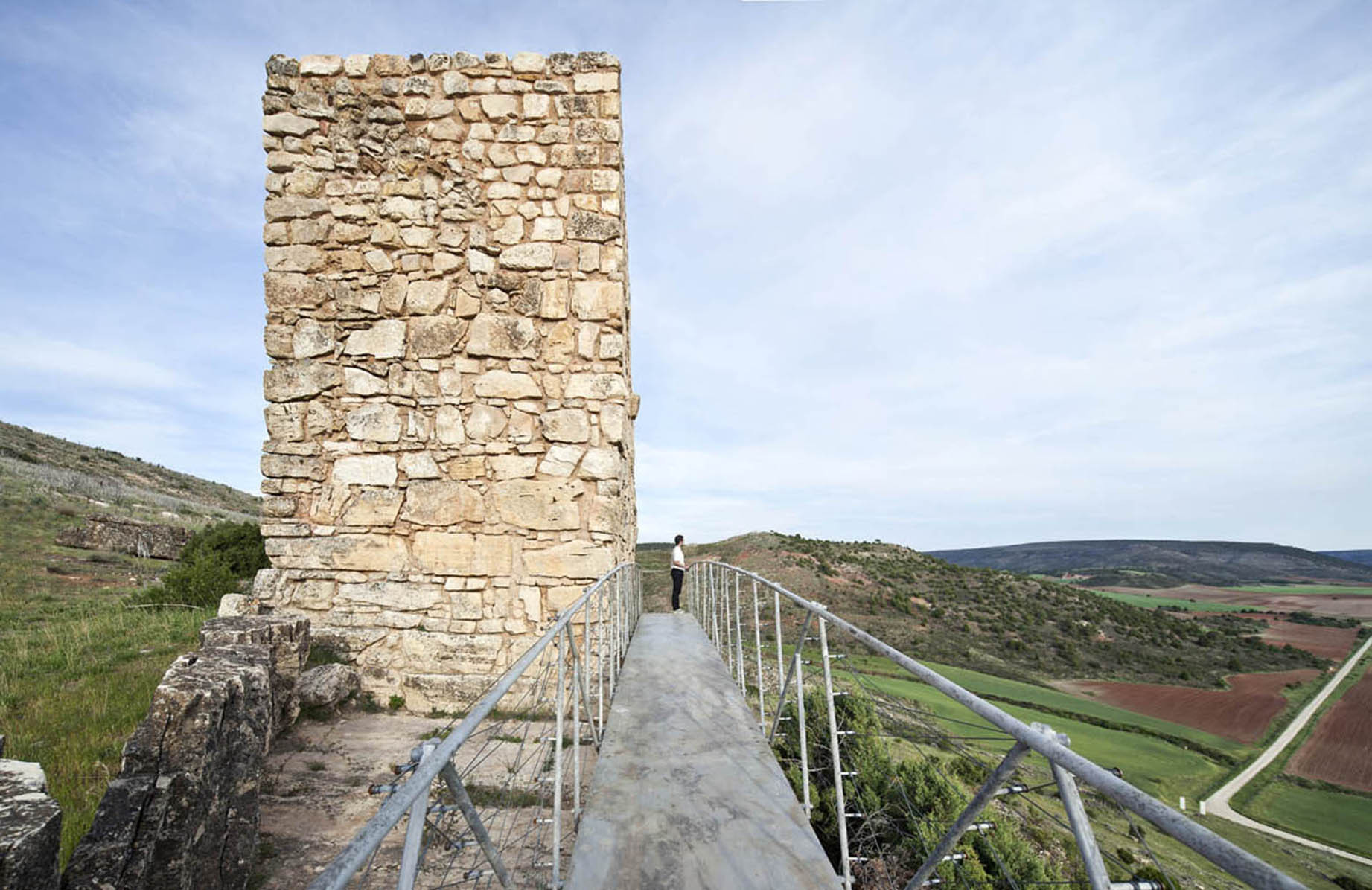 The project consists in the restoration of a ninth-century Arab tower located on a hill in the province of Guadalajara. The exterior silhouette is reconstructed attempting to recover the original image (described in various historical texts and performing rigorous fieldwork in the ruins) as required by regulations. For this purpose, we use stone from the hillside, which is then carved and rigged according to the existing work.

The new public use as viewpoint requires the provision of an external access walkway and vertical core inside to reach the highest level. Similarly, we rebuild the existing top slab in the original tower. From here, and given the defensive nature of the tower, one can enjoy fabulous views of the valley on Saelices river.

The project of these new elements is conditioned by two fundamental premises. The first is determined by the context, given that the particular location of the tower only allows a difficult pedestrian access (going up the steep hillside) which hinders the transport of materials and their placement. The second is ideological in nature; all designed and built architecture must be a witness and footprint of the ideas and means of its time, and in no way should regress and reproduce an overcome and transcended past.

Therefore, contrary to the strategy followed in the enclosure, the new architecture is designed in a lightweight material, with an evanescent presence, and results from new technical advances made by the aluminum industry: magnal aluminum, a magnesium and aluminum alloy which improves the properties of strength and lightness of the conventional model.

With the same aim of reducing the amount of material used, we resort as much as possible to construction systems in which tensile forces prevail (we refer to Buckminster Fuller's Tensegrity system). Thus, the upper floor is constructed as a box spring mattress, with a grid of stainless steel cables 8mm in diameter, on which an aluminum mesh is extended. Underneath gravitates the staircase with aluminum steps, 20mm thick, suspended from thin wires. The exterior walkway is conceived as a large arc with a 13.5 m span, consisting of a 20 mm plate and a two wire rope 20 mm in diameter. The "organic" solution of the struts that make up the protection cables help to emphasize the lightness of the volume, as well as to integrate it with the natural environment.

Not only its materiality or construction, but the opposite sensations (weightlessness-heaviness, stability-instability ...) that the visitor will feel in the new viewpoint of the Saelices valley will help emphasize the difference between the two times so far apart and so different, present in the project. 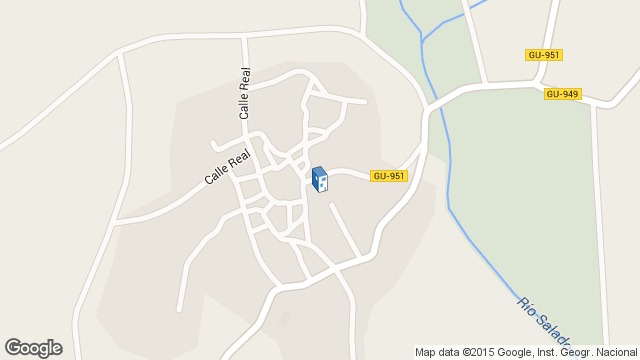