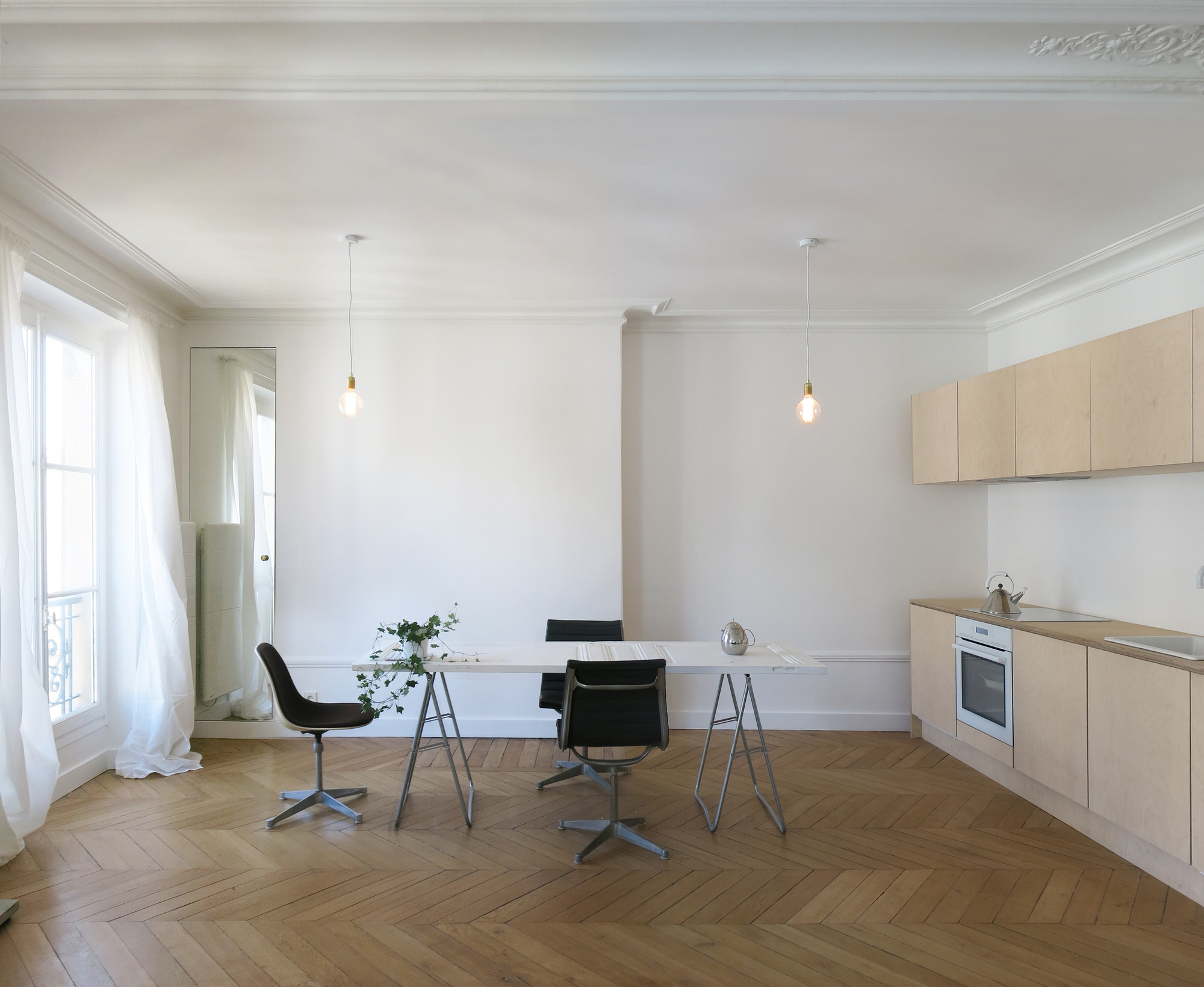 Text description provided by the architects. JKLN feat Gael Le Nouëne have renovated a Parisian flat for a couple of architects . The project is located in the 10th district of Paris in a typical Parisian building that once was used as the lodges of the Porte Saint Martin Theater. Today the artists lodges have been replaced by apartments for the most part through .

Upon the acquisition of this apartment, the owners have expressed a desire to rearrange the space. In the past , the apartment has undergone a number of changes and divisions for the use of a single woman . One of the challenge was to retain its classic Haussmann character , to enhance and reconfigure the apartment in the full respect of the original identity with targeted and mastered architectural interventions.

The existing unit was composed of a large entrance, a small living room , a bedroom with a window on the street, an oversized kitchen and a storage room.

The architect rethought the plan, decompartmentalised the space, restored it to natural light, and tried to adapt the space to new lifestyles and customs. The procedure took into account the possible changes in the couple life.

The apartment offers an entry today with generous closet made of birch, a flexible and a room piece (library / office / game room) , a living room bathed in sun light with an open kitchen that allows new uses. The issue of the open kitchen has raised many questions about the aesthetic dimension of the serving spaces .

In this project, the architects reinterpreted the idea of Scandinavian row.

The kitchen in birch has been treated as a piece of furniture. High caissons are usually recessed flush to the bottom elements to form a single plane. The height adjusts to the extent of its users. The credence, larger than usual leaves the wall to speak. To allow the owners are positioning frames freely.

The treatment of the kitchen has changed the conventional aesthetic while being fitted and functional .

From the living room, the owner can have a look, accross the hall and confront it to a light fault. A Single color : Yellow India edited by Farrow and Ball contrast space and makes the transition between the old and the new, public and private spaces , spaces of day and night .

This flaw serves the couple's bedroom, the small office and the bathroom. This is the area of the flat that was entirely rearranged.

The bathroom and toilets are in the same room. The shower screen in glass built into the wall from floor to ceiling , the continuity of mosaics , the large mirror and luminescent tube give depth and clarify this small space. It makes a functional bathroom , where every cm2 is used .

The flaw opens frontally on the couple's bedroom, which is now on the courtyard side. It was moved courtyard. It feels a certain intimacy, comfort and serenity with wood as the main intervention material.

The birch wall is devoted to storage and laundry. It is covered with a matte clear coat that retains the original material while protecting the uses of everyday domestic life.

The wood panels used in each room bring unity. 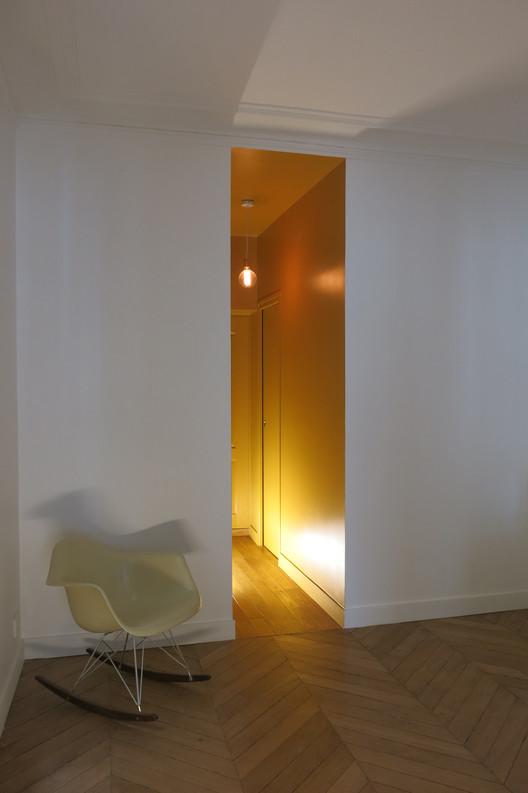