Allan Crow may be, as he humbly puts it, just one of "two blokes that take photos." But Hufton+Crow, the photography studio founded by him and Nick Hufton ten years ago, has reached far more than humble success. The duo have shot some of the most talked-about architectural works of the last few years -from Zaha Hadid's Galaxy Soho to Steven Holl's Sliced Porosity Block to BIG's Danish Maritime Museum - and have been published in renowned websites and magazines around the world. Learn more about how Crow began his career as well as his favorite architecture, after the break. 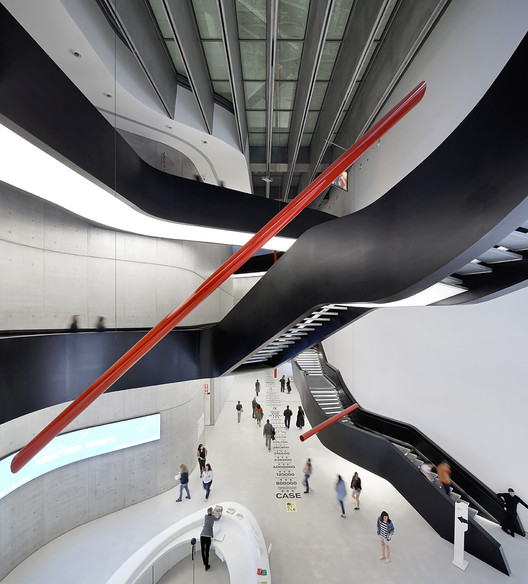 Hufton+Crow is 10 years old this year. Nick (Hufton) studied photography at University while I studied Landscape Architecture. After university we both had spells assisting Chris Gascoigne before teaming up together.

Personally I like photographing architecture for the same reasons I chose Landscape Architecture as a degree course. It satisfies my desire to have plenty of time outdoors, to be involved in a creative process. I like the combination of artistic and technical qualities that have to be brought together to achieve a desired result. As an added bonus we now travel the world much more than I thought I would at the start of my career.

Even during my landscape architecture course I was naturally drawn to the built landscape in between buildings so I guess I’ve always been interested in how space is designed and how people use it.

The one that is commissioning me next….

I have always been in awe of Battersea Power Station. When I was assisting Chris Gascoigne he was commissioned to photograph it and I had the privilege to spend a couple of days inside the building. It has a atmosphere that is both powerful and nostalgic, it feels almost organic, like its alive but sleeping. I hope they do it justice when it is eventually redevelpoed.

We each photograph projects individually and do all our own post production, we then make sure we sit through each others finished projects and both have input into the final appearance before the images are sent out.

7.- What kind of equipment and software do you use?

We use a Canon 1Dx with tilt and shift lenses and then Photoshop.