The fertile Anqiu region of China’s Shangdong Province is known locally as the land of “cultivation, stone hills, and creeks.” Thus, Little Diversified Architectural Consulting’s (LITTLE) design for Anqiu’s new cultural campus and fitness center is based upon these very elements.

The campus will host five buildings raised on a plinth: a multi-functional citizen’s center, a 10,000 square meter performing arts building, a central public library, and two museums devoted to Anqiu’s history and urban development. Each of these buildings will be clad in a thin veneer of local stone, transforming them into rocky outcrops that reference the local hills.

Anqiu’s patchwork farmland is represented in the striated ceramic trellis of the campus pavilions, the structural supports of that trellis, and in the paving lines of the pavilions themselves. The canopied walkways of the site, working as elements of circulation, pay homage to the many creeks in the region.

While the campus is meant to present a singular, cohesive landscape, the project’s buildings maintain a small sense of individuality. A unique zinc metal is used to accent doors and windows on each of the buildings, and a different color is used for interior finishes. Additionally, the interior design of each building is inspired by a step in the cultivation process such as crop selection or seed sowing.

The Anqiu Cultural Center has won AIA awards in both Charlotte North Carolina and Florida. The complex will serve not only as a popular community destination, but as an architectural threshold to the nearby Qingyun Mountain National Park. 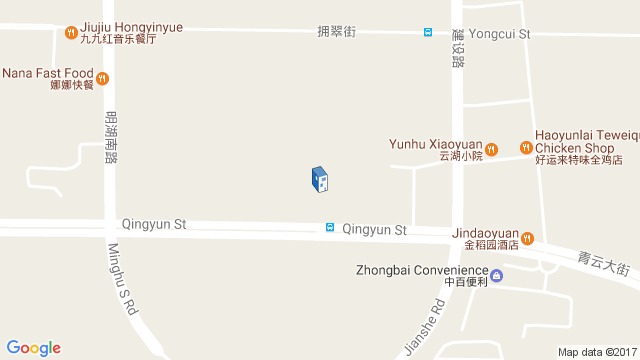 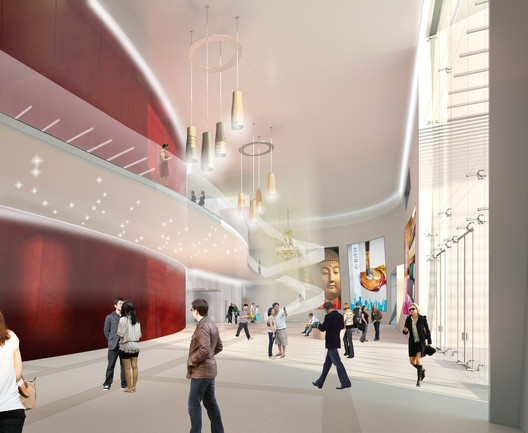