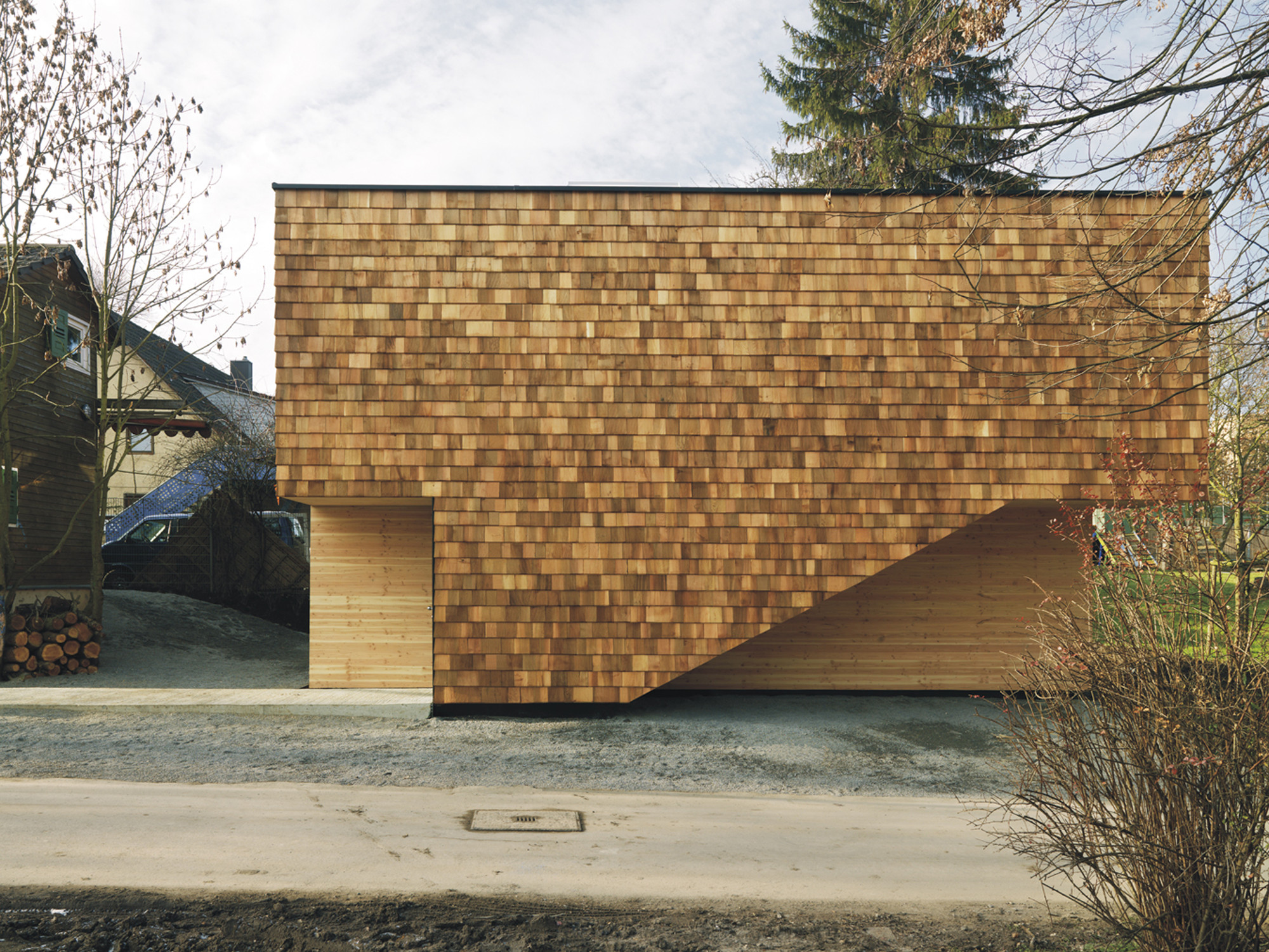 The extension of an existing youth-club-building was the subject of this little project. Instead of a direct continuation to the existing half-timber-house, a detached building was designed, which refers to the existing building and its surrounding by joining almost similar propotions and materials, but at the same time stands up to the surrounding because of the modern use of forms.

Now the extension is also marking the transition to the playground, without blocking off the existing building from it. Among others, this is achieved by the design of the stairway, which is distinctively shown on the outside of the building and leads over to the playground. Inside the new building, the stairs allow a different orientation of the two working rooms: while the ground-floor-room is related to playground, the upstairs room is in line of sight to the existing building.

The new house is build as a pure wooden construction, set up on a concrete foundation slab. The bearing stucture is made of massive timber-wall and –ceiling elements. To achieve a homogenous charakter inside the rooms, all surfaces are made of spruce wood. 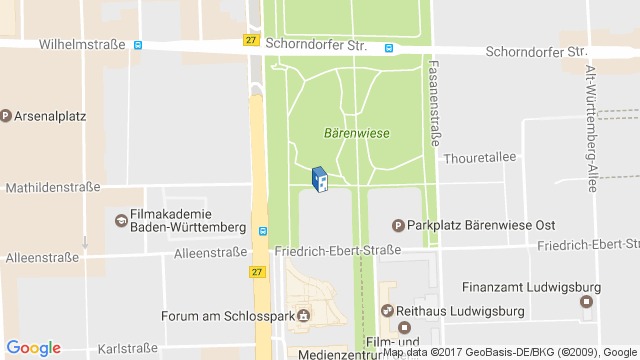 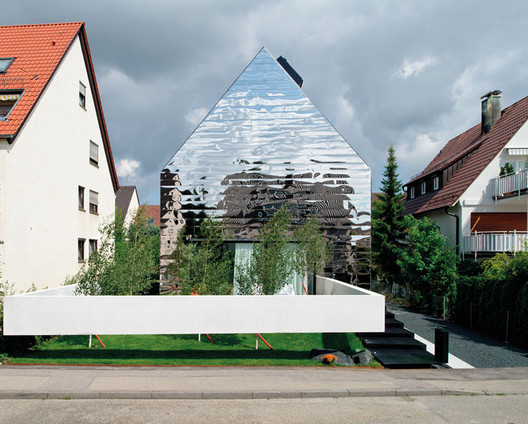