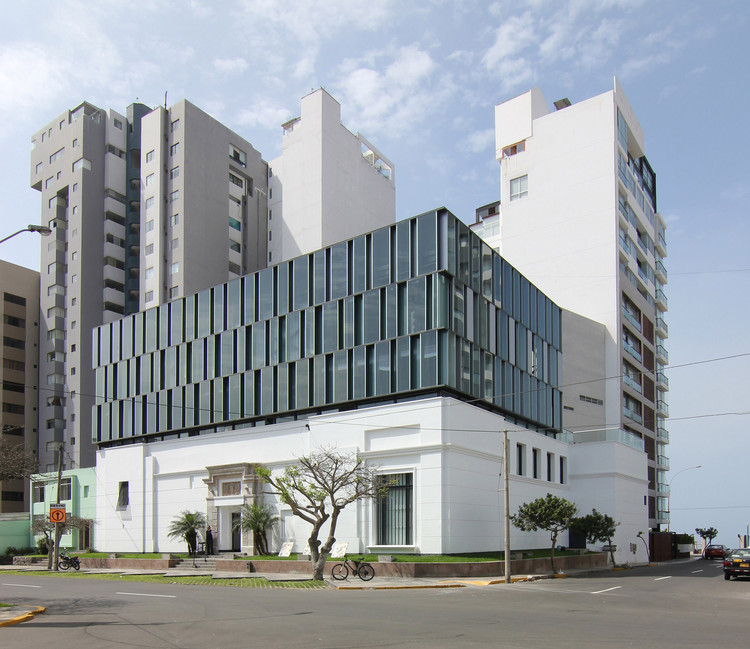 Text description provided by the architects. Extending a building vertically is a difficult task, especially when time separates the original construction from the extension. The strategy consists of integrating the different 'lifetimes' of the building creating a new unit: the project arises from the analysis of the design strategies used by previous architects to propose an extension that relates to the building without imitating it, keeping the prominence of the original version.

The original building, a notable example of Neo Inca architecture, is the work of architect Emilio Harth-Terré and was conceived as an eminently massive volume, two stories high but with an expression that gives the illusion of a single monumental level. In 1999 it was intervened by architect Pier Baracco, who created a second partial level and introduced a metal structure as support points for a future vertical extension. The 2007 project performs the extension of the third and fourth levels, operating a reverse scale alteration: instead of increasing it to monumentalize it, as the original architect did, the scale is decreased (with tripartite levels on two floors), so as not to compete with the prominence of the original facade.

We opted for a light steel structure to meet the tight construction time available to comply with the academic semesters of the school, which would not close during construction. The extension is supported on the metal structure design in P. Baracco's project, and promotes a light reading on the facade, so that the original building does not look overwhelmed by an added 'visual weight'.

The glass skin has a random rhythm, with fixed tempered glass panes on two planes to create a play of light and shadow, and natural aluminum aerators to ensure proper ventilation. The aerators have surfaces with different finishes (natural anodized and black lacquered) generating a perception of a kinetic facade that changes its appearance depending on the direction from which it is perceived.

Inside, the two existing stairs are vertically extended and are connected by metal walkways that from the third level, cross over the original courtyard to meet the current demands of evacuation and fire and seismic safety. These walkways work as suspended courtyards, creating intermediate informal learning spaces between the traditional courtyard and the accessible roof.

A large urban porch, located on the third and fourth levels, opens toward the city and echoes the hallway of the historic building. 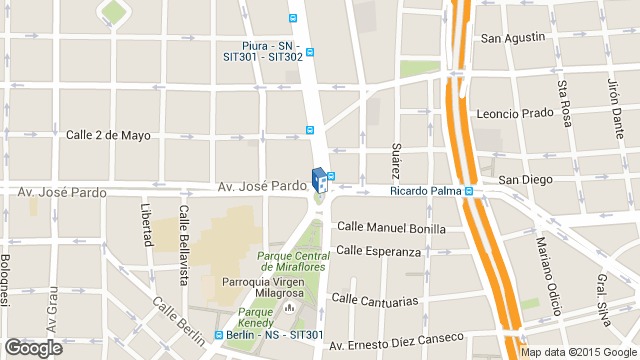