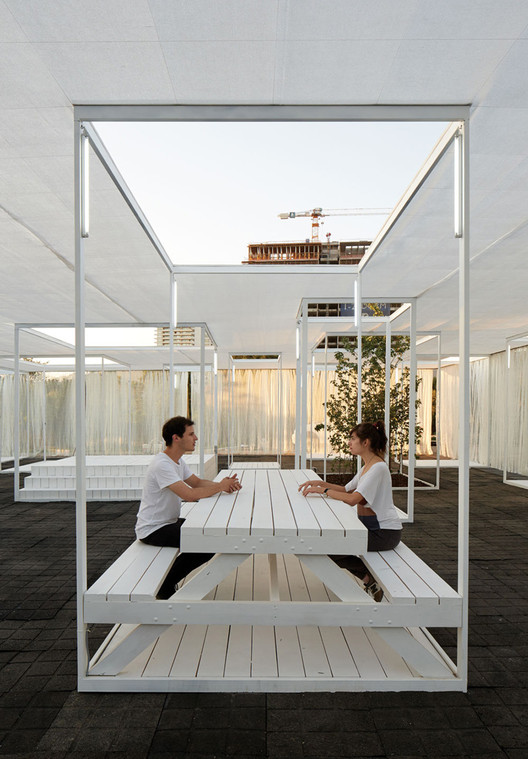 The historical relationship of YAP as a complement to cultural programs (PS1, M100, MAXXI, Istanbul Modern) and the fact that last year, the context of YAP Santiago changed from a cultural center to a public park in a district of the eastern neighborhood of Santiago, lets us think about new opportunities and prospects for the project.

In this new scenario, the project will explicitly transform itself into an opportunity to insert a free cultural program in the park, from its own temporal and eventual condition (two months). The project complements the number of private programs that have been inserted in the park, and returns YAP's character as a cultural agent, while creating a conditioned space both climatically and programmatically, open to a diverse audience.

For the intervention, we propose a project with two conditions:

On one hand, a project capable of generating an environmental conditioning through shadows, humidity, water and vegetation, and on the other, a project that contains the accumulation of works, installations and events. Both conditions are achieved by means of a unique strategy, the layout of 30 space frames distributed in a predetermined area of 26 x 17 meters.

22 of the 30 proposed space frames were used to introduce a program of art installations to develop during the two months of the duration of the project. Two months, eight weeks, sixty days, artists working live, events and concerts complete a project in progress, designed to be active in time and to generate content after the opening. The programming of the installation of the objects and events allows us to design the project's life cycle. The remaining 8 cubes contain: three forests, a stage, a large table, and three spaces that cool the air with water sprays.

Connecting the 30 frames is an intermediate, shaded space covered with a mesh. The perimeter is constructed by a translucent curtain that can be opened or closed for maximum permeability and visibility to and from the park depending on the event taking place. Both translucent elements envelop the space turning it into a recognizable unit.

As a Wunderkammer, container and content merge into a single entity. The architecture, designed to display objects, merges with the content in a particular spatial experience in a cumulative process over time.

Given the work conditions of the site and the time restraints, we chose a logic of fabrication and assembly with minimal impact on the ground and high efficiency in its execution time and use of labor.

The construction of the main elements of the project (steel structures, wood flooring, edge beam, etc.) was done under controlled conditions in a factory and then transported by truck to the site. The steel structure was set on the site by means of staked point elements. Subsequently, the other elements around the cubes were mounted: edge beam, nylon fishing grid, ceiling mesh, wooden and recycled rubber floors, and perimeter curtain. Given the limited budget, all materials are reused and / or reusable and do not necessarily originate in the construction sector.

Construction started in November 2013 and ended in February 2014. 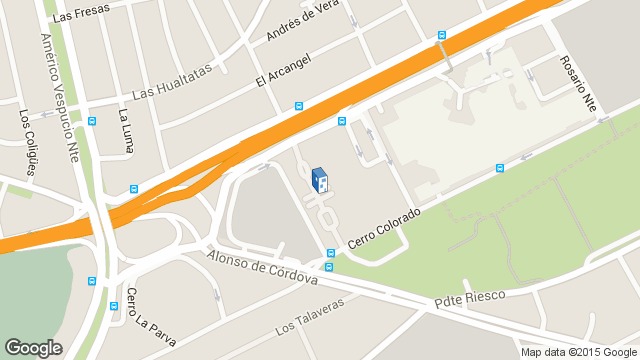