Save
House in Fukasawa / LEVEL Architects 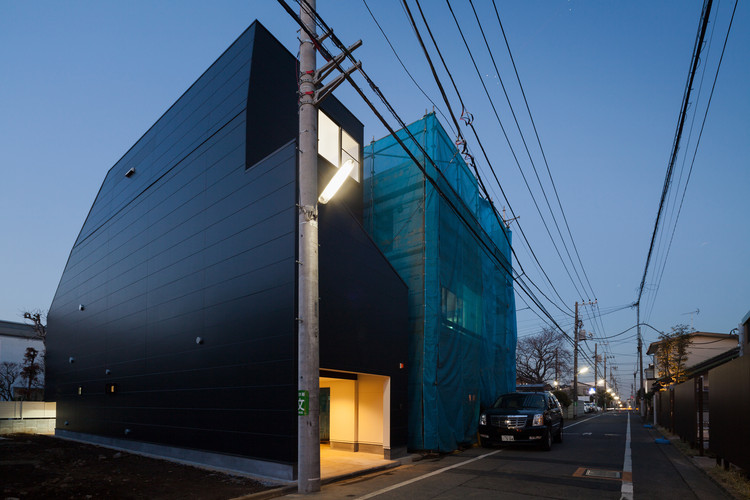 Text description provided by the architects. Located in a quiet neighborhood where the average house is 2 stories high, the site has a narrow dimension of 4.6 meters wide and 17.3 meters long, very typical of a Tokyo city center lot. Though the site is narrow, the length of the site created a focal point in the design. Rather than allowing the constraining width of the plot to be felt, the goal was to create the illusion of an open connection with the surrounding area while still instilling the sense of privacy desired by most home owners within Tokyo.

In order to create that sense of privacy, a wall design was incorporated on the North and South sides of the home. The southern wall is cut away in a manner which allows the eastern light to fill the interior of the house, but at the same time shield the inhabitants from the harsh rays of the setting sun. The northern wall is utilized as a reflecting board by capturing the southern light and brightening the interior all the way down to the first floor where light is hardest to reach.

The 2nd floor level, which is completely open and connected, utilizes a very high ceiling for the living room and a low ceiling for the kitchen to differentiate space. The living room is also designed with a set of steps running around three sides of the room to create a built-in sofa and activity space where cushions can be placed, amplifying the sense of openness. The center of the house hosts an iron staircase and top light which allows for light to filter down through the house, generating unique atmospheres which separate the individual spaces.

The third floor is broken up by different room heights as a result of the design of the 2nd level but which is all connected around the staircase. The Master Bedroom incorporates a slanted ceiling, a result of the setback code common around the city of Tokyo, but which adds a unique element to the room. The loft space opens up to the stairwell, exposing the room to the indirect light coming down from the ceiling window.

The design adjustments made in the section planning of the house emphasized the idea of a long house, one which generates a creative use of line-of-sight and height differentiations to create the sense of a house larger than its narrow width. 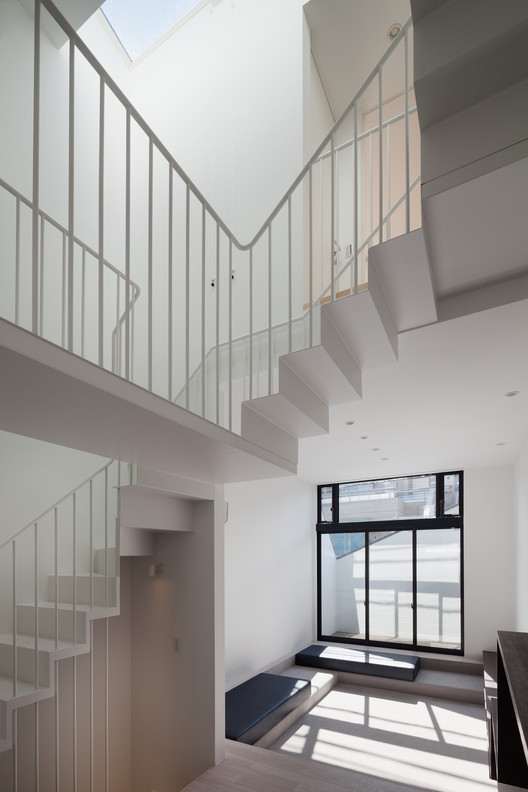