Save
Interior Rehabilitation Of The Revellín Cube / UP Arquitectos 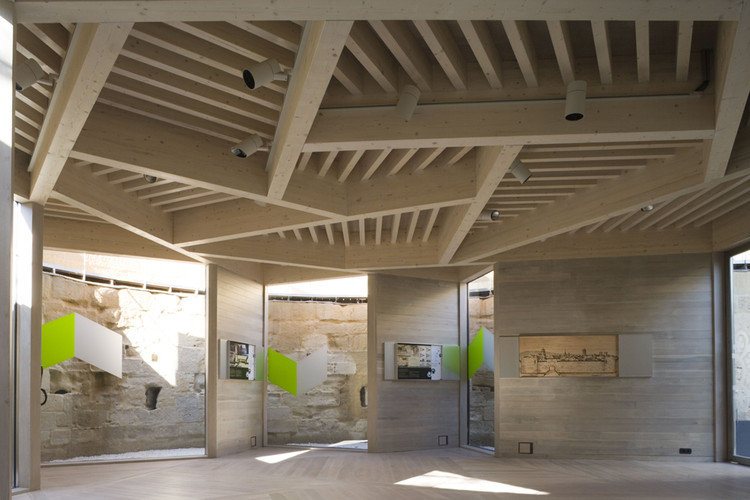 Text description provided by the architects. An intervention in two phases.

When we first received the request to reform one of the few defensive elements left in Logroño for a temporary exhibition we understood it to pose a double opportunity: on the one hand, recuperate an abandoned monument which could, after a careful rehabilitation, again be opened to citizens; on the other hand, convert the reform into a legacy, a lasting element accentuating the conditions of the place. These were the conditions and our perhaps over ambitious interests: a short time period, no more than 6 months, in which to carry out the rehabilitation and build a new floor.

Many professionals working simultaneously in such a small space: the project divided the work into two categories: the slower rehabilitation of the masonry with its corresponding archaeological work started from day one and filled up the execution deadlines; the new building work, very punctual in use of time were modified in line with the results of the archaeological studies as they arrived, were inserted, formally and constructively, at the end of the process.

It is also necessary to reflect on the geometry. How could we introduce a new element in line with the old? How to create something strange and unified? The proposal used the blending of a existing geometry of a mainly circular line with the obliqueness of the small pavilion inserted in its interior: an element which, literally, “tiptoes in” over the recovered space.

This small star shaped pavilion of wood and lead could be built in a workshop and be introduced, almost as a cultural act, with the help of a crane. I was not possible, but the mounting maintained its real and formal independence with respect to the work in the rest of the building.

Further accents: passageway-door, self carrying stairs with small supports, furniture posed above the rooms… elements characterizing the mix of two different situations: that of a defensive element and exhibit rooms.

At the end of the process, the council asked us to urbanize the surroundings to show the original moat. The use of metal netting or wooden paving explains the temporary nature of the exterior work that will be adapted to future urban developments. 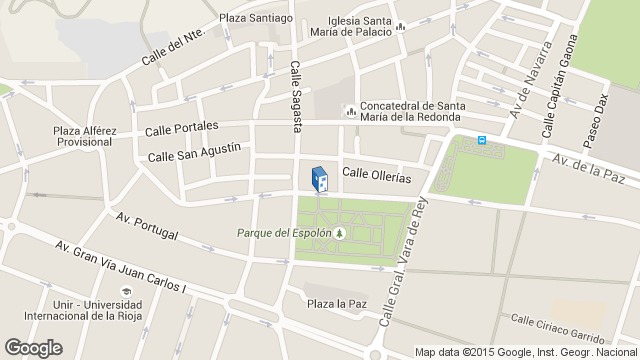 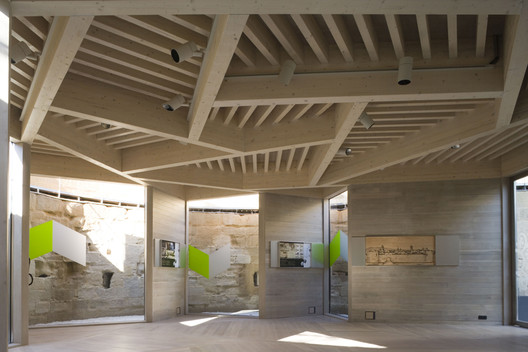