Vernacular Versatility, recently awarded first place in the 2014 eVolo Skyscraper Competition, seeks to adapt traditional Korean architecture into a contemporary mixed-use high-rise. The vernacular design of the Hanok, the "antonym of a western house" and epitome of the Korean style, has disappeared from every town. Extensive urban development in the 1970s led to a boom in modern apartment dwellings and, consequently, a loss of established Korean vernacular architecture. Yong Ju Lee's proposal aims to reimagine the Hanok in one of the country's busiest districts, drawing people's attention to and stimulating their interest in traditional architecture with the intention that "it will eventually be absorbed into people’s everyday lives" 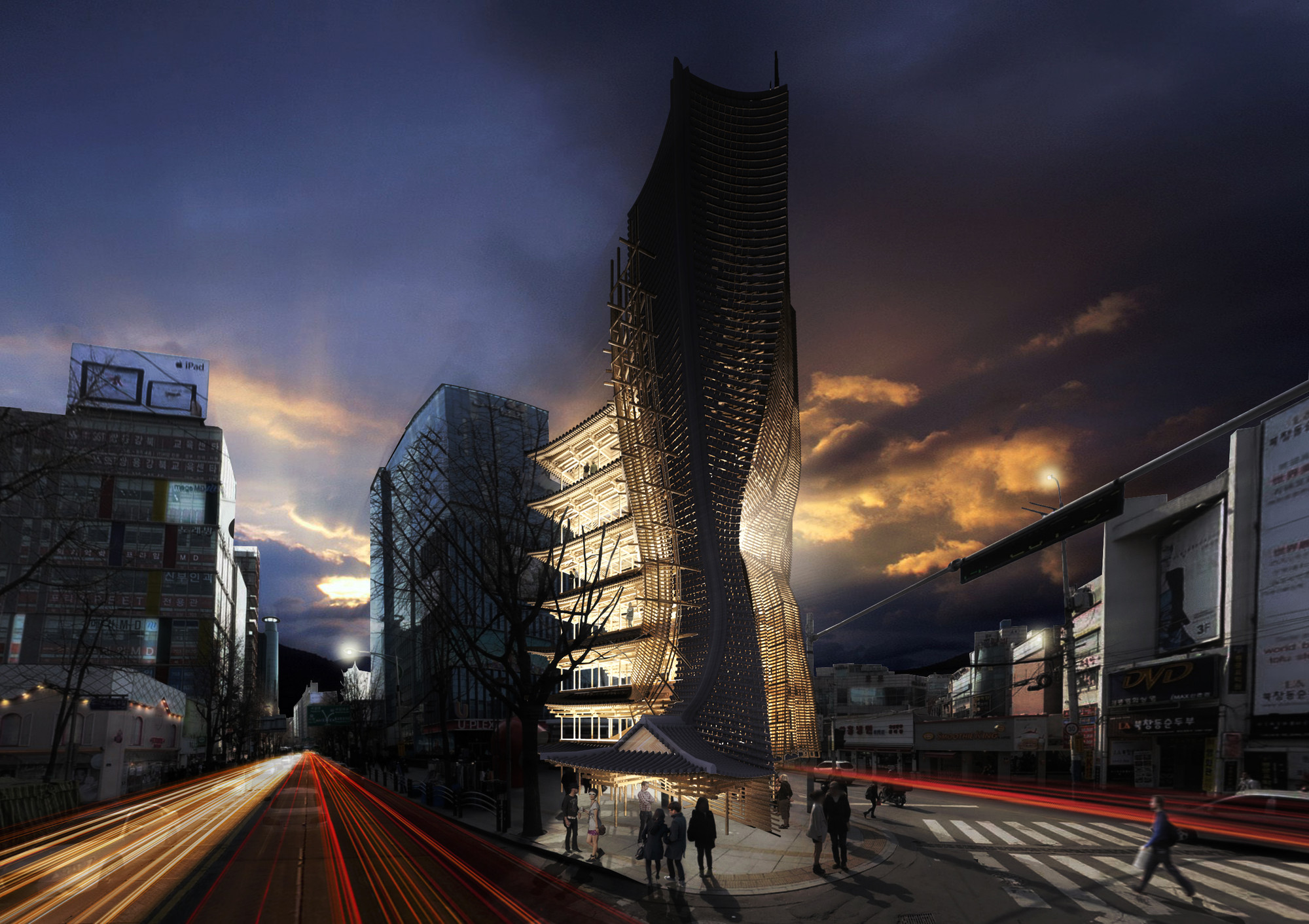 According to Yong Ju Lee, "the Hanok is featured by its own wooden structural system and tiled roofs, creating a strong formal gesture. The edge of the roof can be adjusted to control the amount of sunlight that enters the house. The core structural element is a wooden connection known as a Gagu, which sits just beneath the roof where column meets beam and girder without any additional fastener. The simplicity of this connection also characterises the aesthetic of Korean traditional architecture."

Historically this structural system has been developed exclusively in plan, applied only to one-story residences. With the advent of more complex modelling software, ways in which this system can be integrated into high-rise buildings have been explored in great depth. This scheme can "open a new chapter of possibilities" be bringing this hundred-year-old tradition to the present day with "high-resolution intelligence and beauty."

This competition, established by eVolo Magazine in 2006, aims to recognise innovative proposals for vertical living. After reviewing nearly 600 projects from 43 different countries, the jury has selected three winners and 20 honorable mentions. See the other winning schemes and honourable mentions here.