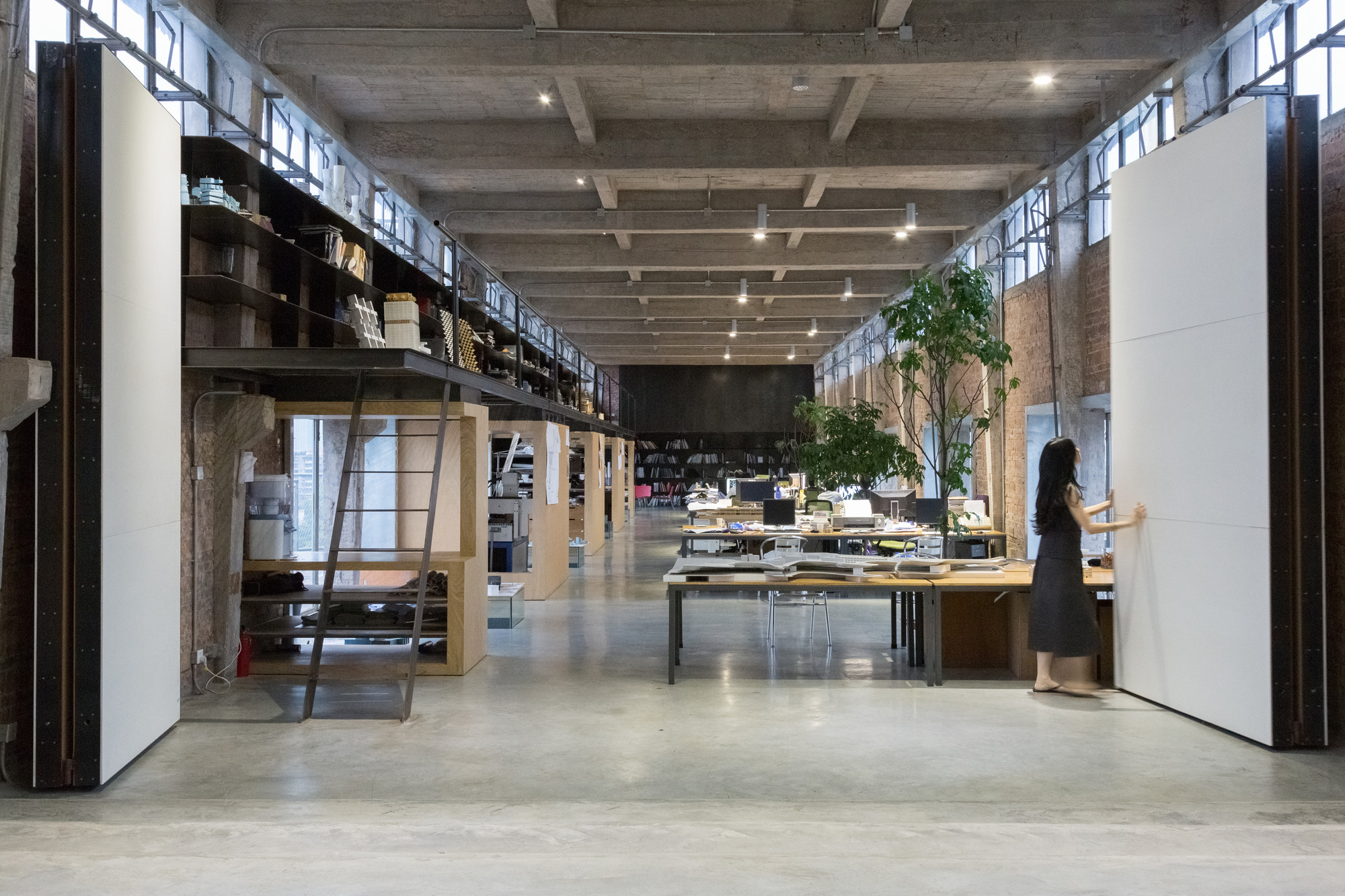 Text description provided by the architects. In 2012, O-office transformed the top floor of a 1960s’ silo building in the oldest beer factory of Guangzhou, the central city of southern China. The 38-metre-high silo building locates on the south bank of one branch of the Pearl River, confronting the generic housing highrises and looking south to the city’s old downtown. The top floor used to be the inlet level for the wheat berry to be fill in the 12 silo’s below, thus full of square holes on it. A bridge building has been connecting the building part on top of the silo’s, and the vertical transportation tower at the east end.

The 40-metre long space on top the silo’s is converted to O-office’s workshop space. Big openings are made on the side walls to utilize the outer half of the top surface of the silos as the workshop’s terrace. Working desks are placed on the river-view side, while the material library mezzanine is supported by 5 utility wooden boxes on the city-view side. The four floor inlet holes between the working desks are filled with metal plant boxes, in which grow four wampee trees, while ones on the mezzanine side between the utility boxes are covered by glass table and leave the inside of the silo visible.

A small bar area is set at the entrance next to the entrance door in front of the elevation in the vertical transportation tower. Above is a rest mezzanine where staff can have informal meeting or just taking rests. A big solid marble table is constructed on the originally elevated bridge hall for formal meeting and presentation. Two large folding doors are built in-between the bridge space and the workshop space. They can be used to separate the workshop space from the meeting bridge, and therefore the bridge hall can work together with the bar area and become one event place for small lectures, receptions, or even exhibitions.

All the plastering on walls and ceilings were cleaned up and the red brick and concrete work from the original construction were unveiled. Only steel, wood and glass are used for the new architectural intervention, as a new creative mechanism reborn from the vacant space. 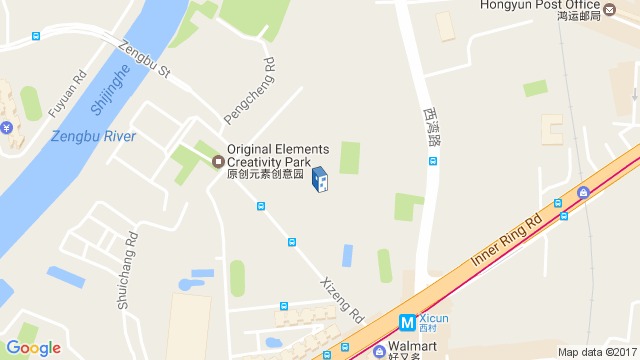 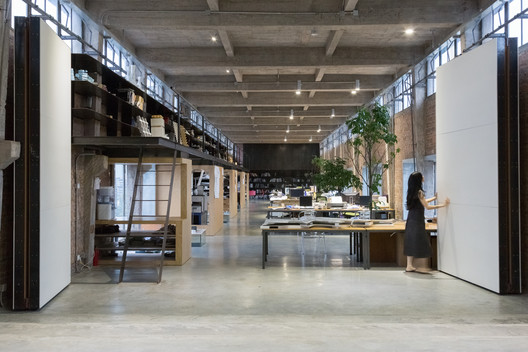