Wouldn't it be nice to save a little cold for when it’s hot (and maybe a little warmth for when it’s cold)? This was the premise of LAMAS’s MoMA PS1 runner-up proposal, Underberg. Underberg is an urban iceberg. Though it isn't a native New Yorker, it has adapted to its new home in New York City and its crevasses take on the form of the avenues and streets of the gridiron.

Underberg was one of five proposals shortlisted for the annual MoMA PS1 Young Architect’s Program (YAP) competition, which was won by the Living’s compostable brick tower. More on this proposal, after the break...

The world under the ice unfolds as a kind of magical urbanism. The edges of blocks drip as if they are melting, creating spaces like rooms with rain instead of walls. A barrel vault ceiling directs the party straight to the stage and the museum. A glacial lake forms under the vault of a large rotunda. Throughout the walls of the streets an intricate series of marble patterns acts as a kind of instinctual wayfinding for its citizens.

Fifty-foot Rohn towers hold the entire form up off the ground with cables in an adapted tensegrity frame. These towers, in turn, are anchored to the ground through a spread footing of ground screws. The poles represent the idea of structure, but they also comprise the giant air intakes and exhaust to keep cool air going through the courtyard at all times; on the south, three cool white poles accept the prevailing wind and blow it over the water features, while at the north side the three hot black poles draw out warm air through the chimney-stack effect.

True to its iceberg roots, Underberg only survives by its sustainability. It’s sustainable through a combination of reuse and low embodied energy. The poles are prefabricated telecommunications towers; once their job in the courtyard is done, they will be resold. The glacial forms and marble surfaces are made out of Tyvek, an extremely low–embodied energy material. It has been crafted to resemble stone using the centuries-old practice of aqueous marbling. Even though the Tyvek could be recycled, a second life is envisioned for the graphic wrapper: it will be repurposed by American Apparel for a limited collection of coats and jackets to keep us warm in the winter. 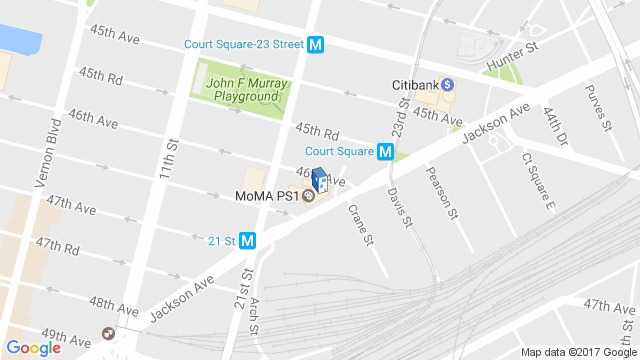 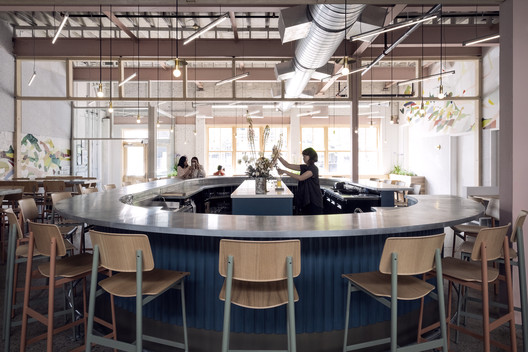