A vision by Jon Lott (PARA-Project), William O’Brien Jr. (WOJR), and Michael Kubo (over,under), Collective–LOK’s compelling proposal to reimagine MoMA PS1’s triangular courtyard with a billowing “urban mirror” was one of five finalists shortlisted for the annual competition’s 15th edition. Though the Living’s compostable brick tower was ultimately crowned winner, the Collective-LOK’s Mirror Mirror was an intriguing proposal that transcended the boundaries of the site.

Proposing the “mutual reflection of [the courtyard] and the city through a billowing roof surface and the redefinition of its perimeter wall as an urban mirror,” the draped canopy intended to serve as a “glittering backdrop” for the museum’s summer events. A crowdsourced project, Mirror Mirror would be composed of 17,000 personalized mirrored tiles engraved with the names of its donors.

According to the architects, patterns of these tiles “ranges from fully mirrored at its edges to a halo-like void at its lowest point, dissolving this collective accumulation of tiles to create space for a singular moment of contemplation at its center.”

Connecting with the surrounding context, “a gravel mound lifts viewers above ground level for a direct view over the courtyard wall and accommodates tiered seating for events, while the surface of the concrete wall is mirrored to double both mound and roof between courtyard and street.”

“A colonnade of wood beams at the perimeter of the triangle houses a variety of hanging elements for cooling and play, including mist, showers, buoys, and swings.” 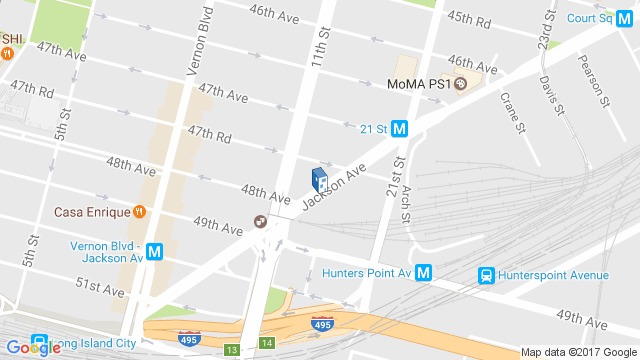 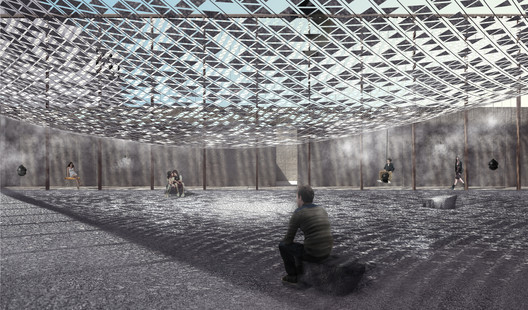