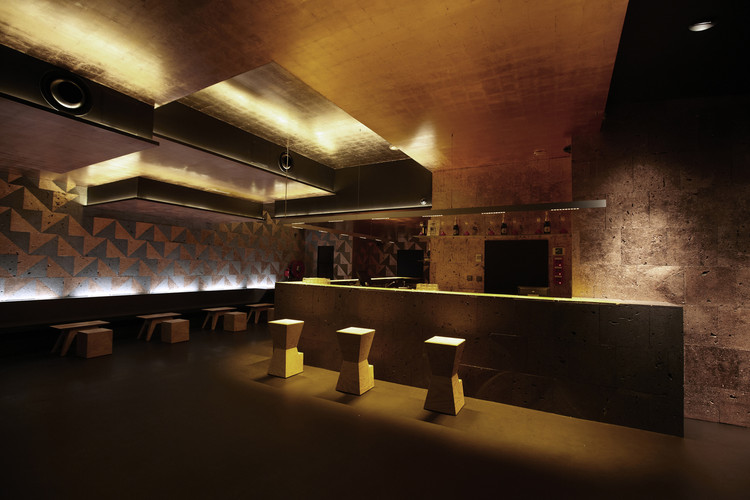 Located on the rooftops of Paris, right in the city center, in the recently revitalized neighborhood of gare d' Austerlizt, the generous 1400sqm space is widly open on the river Seine.

This project is the story of a voyage.

The journey of Lionel Bensemoun, owner of Le Baron (Paris, New York, London, Tokio), with the purpose of giving a party in Mexico City made happened our first encounter with him.

Living in Mexico City since a few years, this project of Nüba brought us back home to Paris, through our adopted country, Mexico.

According to the genesis of the project, we decided to flight a project from Mexico to Paris.

Using mexicans references and materials, we landed a temple on top of the French capital, a revisited one, fit to host a music consecration.

Simple and sharp geometry is defining the aesthetic of the project, reinforced by the use of the best mexican handcraft, a tribute to this country.

Among all materials, the most significant we shipped were, 5 tons of volcanic stones from Veracruz to Le Havre, as well as 200 sqm of leather from Leon Guanajuato to cover the walls, and 300 sqm of Santa Clara Del Cobre copper leaf for the ceiling.

With the help of our friend and ally, the architect Nicolas Sisto, we managed to gather together all the materials in Mexico and rebuild the project in Paris, on the rooftop of the cité de la mode et du design, built by architects Jakob & Mac Farlane.

Restaurant during the day, and concert hall and club at night, the space is centered around a large terrace providing a fluent and festive run around for the clients, passing from one interest spot to another, from the inner bar to the outdoor one, enjoying this way either the outdoor dj set on the terrace, the one inside or maybe the band playing live music on the stage. 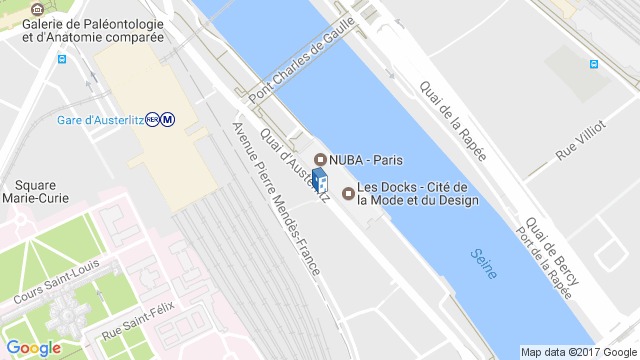