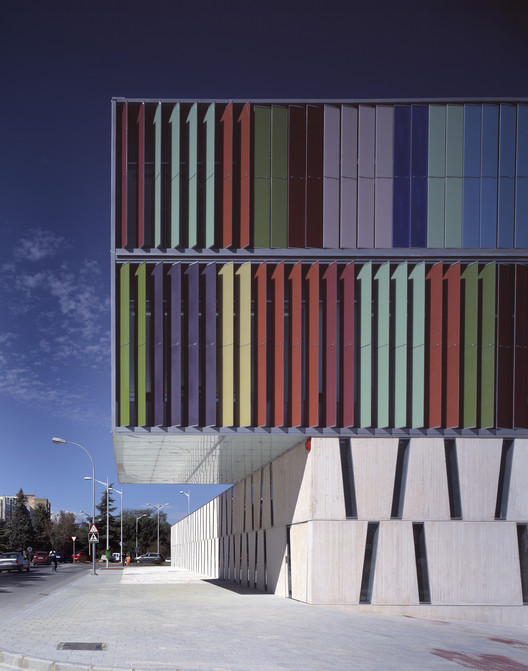 The program of the building consists essentially of police offices. It has a public space with a lobby, an issuing passports or ID area and a complaints authority, and it also includes parking for police vehicles, a security area, changing rooms and a dwelling for the inspector.

The building is defined by the perimeter of the site, even though if the main façade gives five meters to the city in order to dignify the access by a narrow sidewalk. The entry is set up under a cantilever, which reaches all the available space. The slope between the streets allows police vehicles to enter at almost the level of the garage floor, located beneath the pedestrian access.

The ground floor gives material form to a concrete plinth closed to the outside. As opposed to the interior, that unfolds a series of lighting spaces illuminated by perforated patios. The parking becomes a place for relationship due to four coloured holes that are crossing the ground floor and take light from the roof or from the patios.

The idea of solidity and transparency suitable in a police team is reflected in the concrete base, where a glass prism relies. Drilling holes on concrete should had a continuity, the answer to it is the concept of a lattice, where holes are an essential part of the strength of the wall. The trapezoidal modulation of simultaneous plan project became the facade of the station. Sometimes these unexpected things happen.

The two facades of the lattice correspond to public areas and main communications. Constructed in-situ, both sides, inner and outer are made of concrete. The piece of glass hosts on two floors the offices and other branches. Its orientation and internal organization make the two long facades different to each other, a glass wall oriented northwest (offices) and a double skin of glass and vertical louvers oriented southeast (communications). The colour of the glass louvers has no specific references and helps to eliminate old stereotypes. 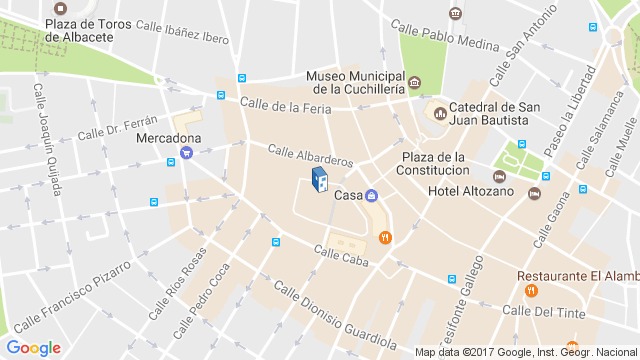