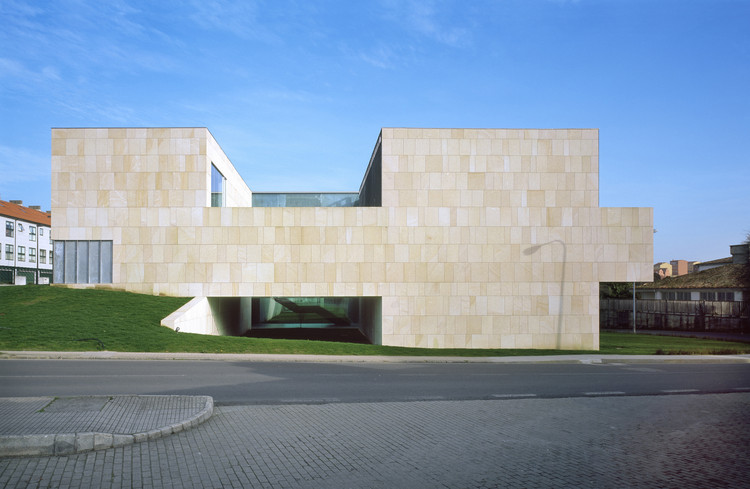 Text description provided by the architects. The proposal for the Center for New Technologies of Santiago de Compostela is based on two essential ideas. The first one springs from the conception of the place and its process of topographic adaptation, and the second entails a sense of efficiency. Efficiency having to do in this case both with the speed in which the project must be executed and with the fact, strictly functional, that the resulting building may need to undergo variations in program over the years.

The building is laid out in two parallel pieces separated by a large glazed courtyard.

The first piece rests on the higher area of the site, more dense and solid, and to a certain extent is transformed into an element that retains the topographical unevenness and houses the access as well as all the uses which may be considered ‘complementary’ to the academic and other general activities of the building (control, administration and installations).

The second piece goes up on the lower area of the terrain, oriented towards the south, light and modular, orderly and smoothly gathering all the classrooms and workshops in such a way that these can be subdivided or brought together in accordance with the different needs and circumstances.

Both pieces are connected by a series of bridges, more or less wide, which hover over a landscaped surface filled with trees. A wider piece (supported off by the two prisms and located next to the entry to provide direct access from the exterior) accommodates the assembly hall. The surrounding terrain thereby manages to sneak into the building in the form of an interior garden; taking on an essential role as organizational point of reference, ordering all the circulations within the complex, and ensuring, especially from the upper levels, views over the nearby monastery of Gonxo. 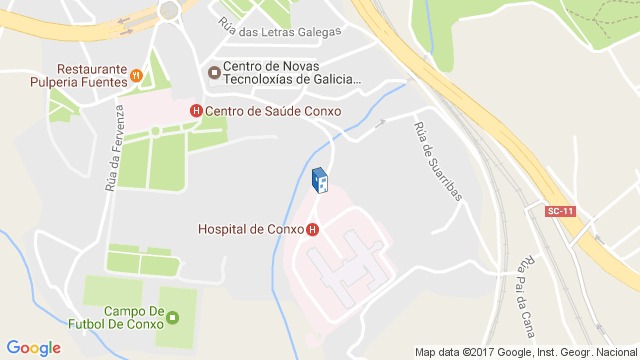 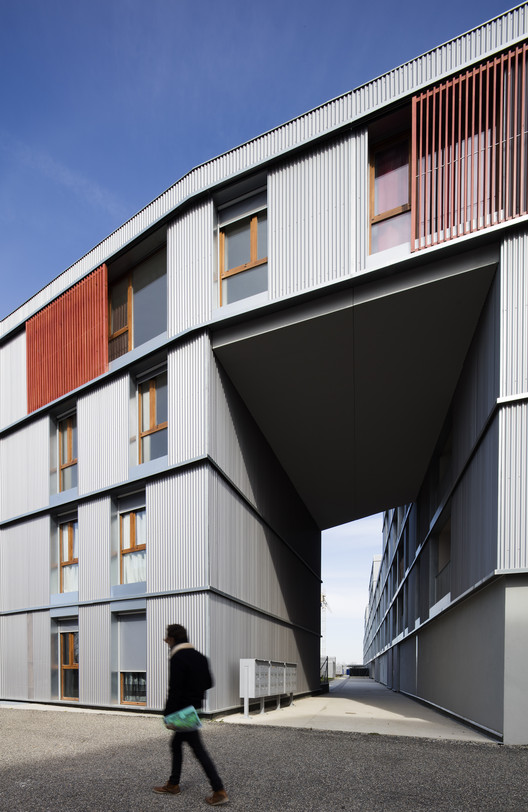