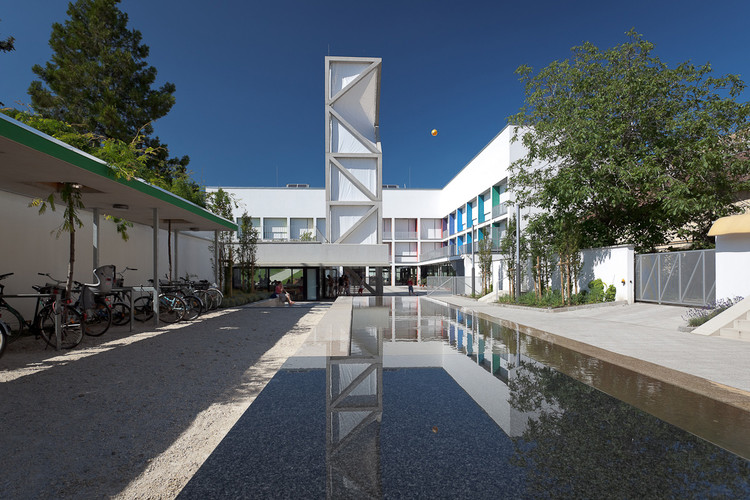 Text description provided by the architects. The architectural programme of the Agora project – a center for the promotion of local innovation – is manifested in a building unifying four different functions, three of which are linked to science and research: Computer-science history exhibition, Informatorium (demonstration space of the latest information technology) and a demonstration laboratory presenting experiments in biophysics. Our client decided to add the youth center of the city to the programme as well in order to introduce the younger generation as the main target group to the world of science and technology.

Environment-conscious operation was considered as a basic architectural standard for the building, also integrated in the programme as a platform for learning and research. In addition to employing the latest technology of building engineering, the architectural volume has also been developed so as to use energy efficiently. The compact volume of the building diminishes cooling surfaces and the main facade on the south side holds wide glassed openings which produce solar heating inside. The interior hallways and corridors have been designed to be compact and space-sparing, also in order to lessen interior spaces that need heating. The main representional area is outside the building in the form of an agora, a peaceful public outdoor space.

The building-site, a former industrial block at the edge of the city-center, surrounded by fragmented realty boundaries, is hidden from the nearby streets. Designing a huge public building on a spot almost completely invisible from the outside is a controversial task. Initially the architectural compatition considered calling the project ’Palace of Wonders’. We decided to analyse the second word, ’Palace’; and to proceed along the architectural typology of palaces: the closed situation corresponds to a fortress, the building inside the block is like a palace inside the fort, where the main representation area is the courtyard. The designing process of the building volumes proceeded simultaneously with the analysis of the organization of the resulting voids, and the development of the texture of urban area. In the residential area, the existing buildings define courtyards witht good proportions. The design continues this tendency, extending the network of courtyards.

The four-story-high main building, shaped like the letter T, divides the site into two parts. The south side is the representative agora, and the north side is a parking-lot with an area for development. Our building opens to the nearby streets at three points. The south entrance is the most emphatic. Entering this main entrance, we reach an assembly-yard that leads to the main courtyard where the climatic tower shows the direction to follow. The tower, retaining the athmosphere of the former industrial area, is an in-situ concrete truss structure with stretched canvas on its surfaces, acting as a gravitational air-funnel that helps the natural ventillation of the courtyard. Next to the tower we established a restaurant/café, which creates a functional link between the entrance yard and the agora.

The agora is a new representative public space for the city. The gridding of the main facade functions as an analog screen, whose ’pixels’ show the activity going on in the building. From the inside the openings enable the agora space to connect visually to the interior. The agora with its tower and geometrical hill also offers many exciting viewpoints from the inside. The colored reveals of the gridded main facade emphasize its spatial character. An analog interaction evolves between the viewer and the building as the motion of the viewpoint changes the visual appearance of the facade. The ’softness’ of the hill compensates for the hard edges of the facade-grid; its geometrical forming provides a transition between the paved surface of the agora and the roof-garden of the parking lot. The rippled face of the hill is an ideal place for children of a lowland city to play.

The aula on the ground floor connects to the exteriors as wide as possible, thereby providing connection between the agora space and the north courtyard. In contrast to the sharp new architectural characteristcs of the south side, the north face of the building assimilates to the remaining original structures in the north yard. In the center of this yard, also handled as a development area, stands a characteristic tower building, which formerly functioned as a sawdust silo. The refurbished office-building of the former industrial block, now the administration bureau of the Agora, connects to the main building with a bridge-structure.

The horizontally streched, double-faced aula space connects to two auditoriums, whose festive wooden panel coverage forms a contrast with the floodlit bright hallways. The youth center that occupies the whole first floor has an alternative secondary entrance from the geometrical hill. The second and the third floors, holding all the scientific functions, open from the central stairway. These spaces, versatibly connected to each other, are suitable for a wide range of events. The west wing holds the Computer-science history exhibition, a two-story space with a double staircase spiraling in the center. The longitudinal hall of the Informatorium, an exhibition of the latest information technology, shows a perspective towards the future in an architectural sense. The double-height wall of the Informatorium is used as a huge projection surface. 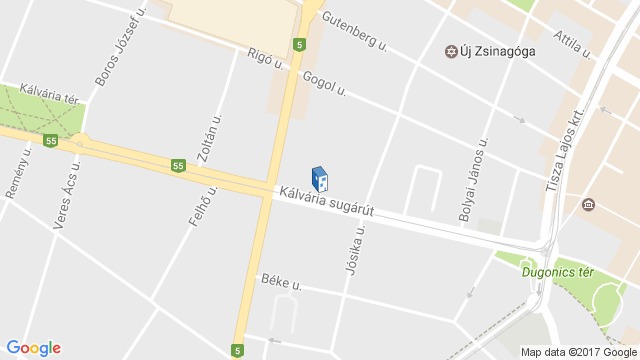