Save
Museum of Contemporary Art in Rome / Studio Odile Decq 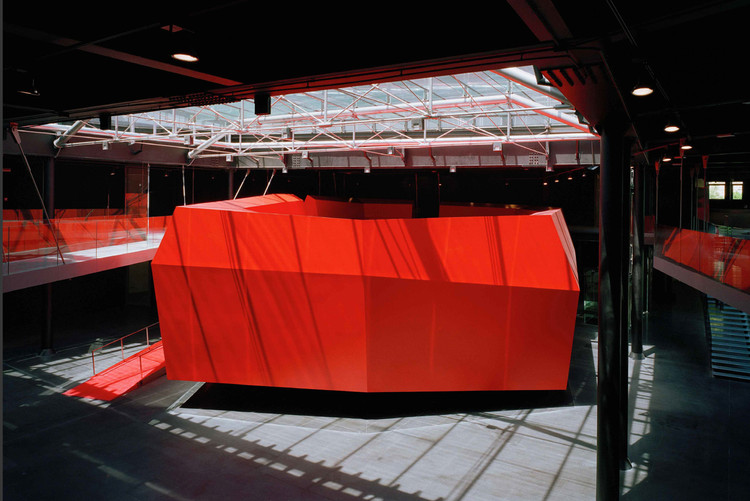 Text description provided by the architects. The high-gloss roof of Rome’s Museum of Contemporary Art was conceived by Odile Decq as a promenade linking the late 19th-century surroundings to the enigma of presentday art. Her design crowns the existing building, the old Peroni beer brewery, with a roof terrace that gives visitors the chance to see the city from a new viewpoint.

The museum’s dominant colour is black – Decq’s favourite. In the restaurant, dark surfaces make a shadowy setting that is illuminated by swathes of light projecting down from arrow-like hanging lamps (“Javelot”) and table lamps (“Ma Lampe”). Both models, produced by Luceplan, were designed by Decq especially for the MACRO.

I think it is important to look at these works firstly as outstanding forms of cultural resistance to a background of indifference regarding quality and an experimental approach to reality. They should also be treated as inexorable signals that in Italy, too, “it can be done”, i.e. that urban places can be generated as bearers of a different and problematic way of imagining public space today. The MACRO is one of these concrete examples to be surveyed and understood over the coming years. I say this because it would be gratifying to think that, every now and again, critics and magazines can afford to return to places that were celebrated at their birth, perhaps visiting them with the architect who designed them. This would allow us to check out how real life and people have inhabited, transformed and maybe even disputed the work of architecture which changed the fate of that particular part of a city.

I like to look at the MACRO as a promise fulfilled, a place that just wants everyday life to let it live and be discussed. The MACRO has always presented itself as a critical and successfully problematical work. It is an expression of the restless talents of the lady “in black”, M.me Odile Decq, but also the manifesto-project for a way of openly imagining a contemporary art space that would also be a vital urban fragment in the heart of Rome. I don’t think it is easy for anybody to work in the soft and stratified belly of such an ancient city. It is always risky to play with memories, dazzling images, accumulated matter, or visual, literary and sensual references, even for an architect of such talent and conceptual richness as Decq. There is always the danger of wanting to say too much and succumbing to an autobiographical narcissism that can undermine even the best of designs.

But the new MACRO not only gives the impression of being a work that has weathered the long years of its realisation. Above all, this new contemporary urban cog can offer a rich and multifaceted system of spatial experiences that reach beyond the mere system of displaying modern and contemporary art. The determination to maintain the whole museum system as an unstable organism, stiffened by a restless grid of viewpoints, walkways, routes and railed balconies, makes the MACRO an introverted urban place that is primarily an experience of discovery for the visitor.

The long, suspended walkway leading to the roof also works as an observation deck over the large exposition hall. This new building has given the MACRO an additional 10,000 square metres, divided into space for art (exhibitions, events and video projections) and space for recreation and study (restaurant, cafe, book shop, reading room and lecture halls).

The entrance immediately states this wealth of routes leading through the rooms and public areas to the roofgarden- restaurant, where the city is suddenly revealed in all its splendour. The museum firstly becomes a place of possible experience, a generous labyrinth multiplying the angles of vision and offering images as alternatives to our traditional viewpoints. The former Peroni brewery has finally opened its fences and let the city into the new museum, with its inward angles and views opening onto the facade, its new roof indicating its changed purpose, and its few and forceful contemporary materials in a dialogue with a carefully restored past. Rather than a mummified industrial icon, the result is a very lively work of contemporary architecture, open and ready to be inhabited. 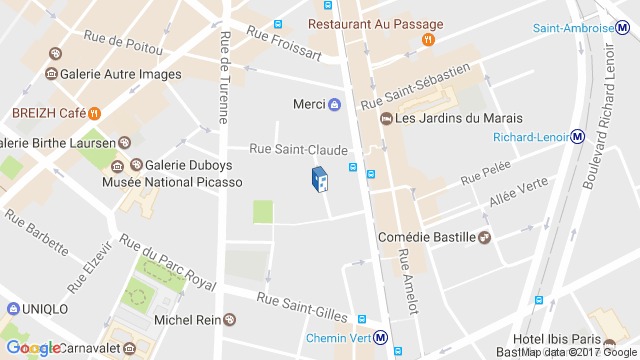