The Italian furniture brand Arper recently reissued Lina Bo Bardi's signature Bowl Chair. The pioneering project of the Brazilian-Italian architect presents a more relaxed approach to "sitting" - one that was fairly radical when it was originally released in 1951. The reissue of the chair - presented at the Salone del Mobile 2013 - is a testament to the forward-thinking vision of the architect.

Arper, who worked in partnership with the Instituto Lina Bo e P.M. Bardi to produce the Bowl Chair, based the design on the original prototype drawings. The genius of the chair is in its simple execution: consisting of two loose parts - an upholstered shell on a metal structure - the seat remains free to move in all directions. It is a chair for living, not just for sitting, and (as with all of Bo Bardi's works) places the human at the center of the design. 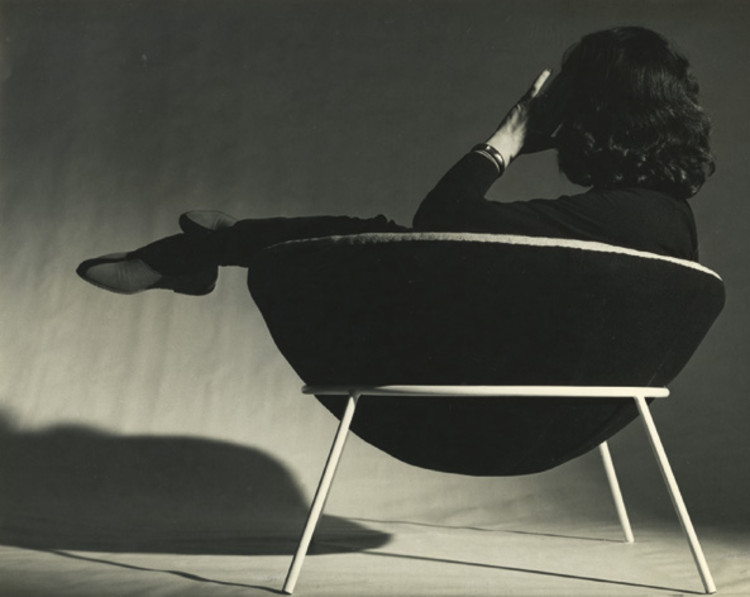 With the Bowl Chair, Bo Bardi sought to introduce a flexible way of approaching the object and design a chair that adapts to people, not vice versa. She wrote: "What is new in this piece of furniture is the fact that the chair can move in all directions without any mechanical means, only through its spherical shape."

The chair has been produced as a limited edition with only 500 copies (upholstered in black leather and seven other fabric options). The profits from the sale of the chairs will be invested in the social and cultural projects of the Instituto Lina Bo e P.M. Bardi (Lina Bo and P.M. Bardi Institute).

The Bowl Chair has been on display as part of the “Lina Bo Bardi: Together” exhibition, which has travelled to Vienna, Paris, and London; it will go to Stockholm, Amsterdam, Berlin and Milan in 2014.

This article, by Romullo Baratto, originally appeared in Portuguese in ArchDaily Brazil. It was translated by Vanessa Quirk.