Save
Critical Round-Up: 'Sensing Spaces' Strikes a Chord With Critics
Share
Or
Copy

As the most ambitious architecture exhibition hosted by the Royal Academy of Arts in a generation, Sensing Spaces was inevitably going to be under a lot of scrutiny from architecture and art critics. According to the Academy's Chief Executive Charles Saumarez-Smith, the momentous exhibition "represents a shift away from postwar modern architecture where it was about problem solving, to thinking about architecture in terms of experience, material, light and space."

Fortunately the exhibition seems to have struck a chord with critics, who have almost universally praised the exhibition's premise and have, to varying extents, been highly complementary about the individual exhibits. 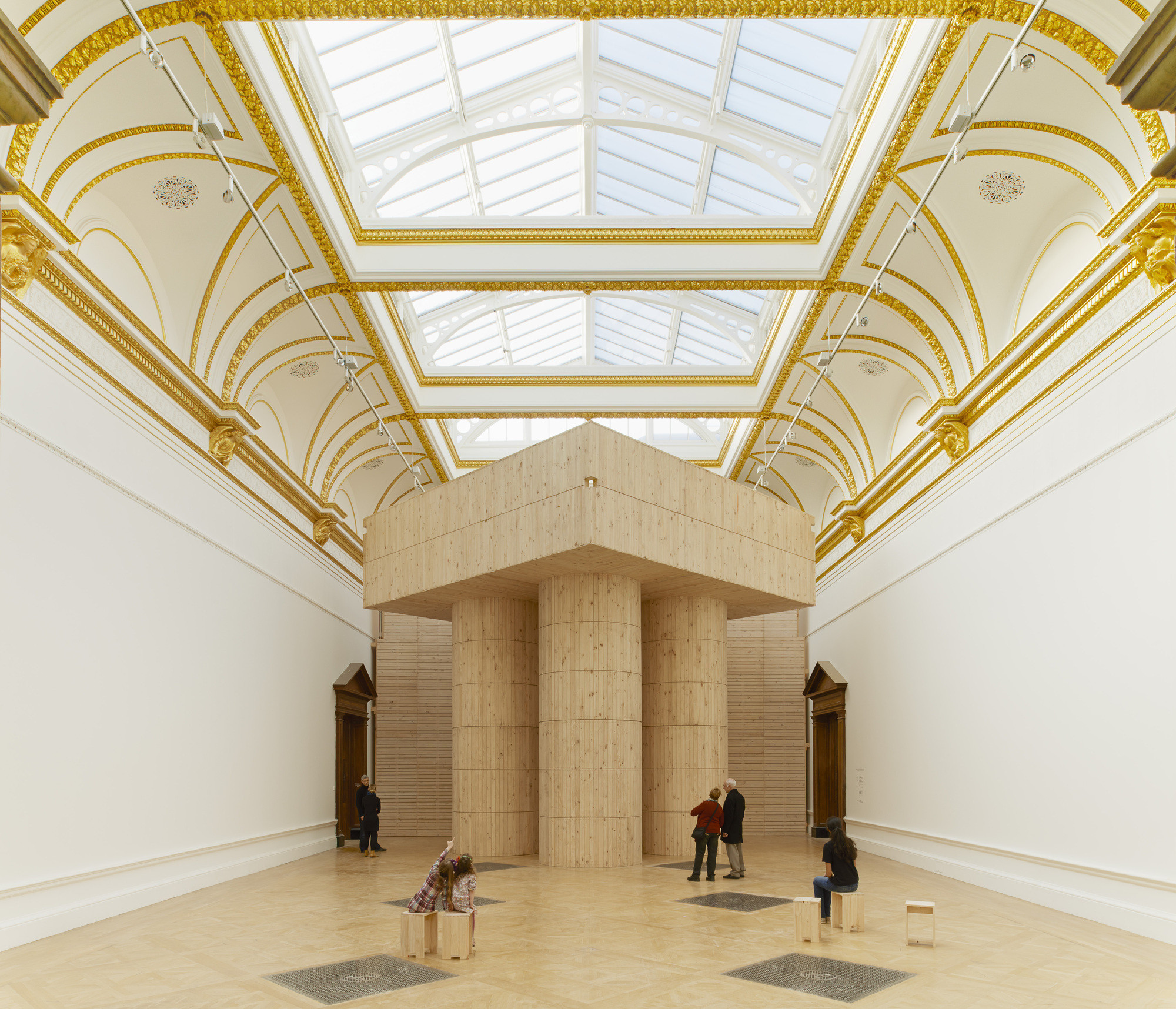 Perhaps the most enthusiastic praise comes from Zoe Pilger of the Independent:

"The exhibition is all about the power of architecture to shape – even dictate – our emotions. My mood changed radically from one room to the next... However, the exhibition does not seek to provoke you in a sadistic or cynical way. Rather than dread and angst, on leaving I felt something more like peace."

Though she finds seems a fan of all the installations, she adds:

"The second Grafton installation is perhaps my favourite. It is a poetic feat. Manipulated light falls in cycles from the gallery ceiling, making you look up. The gesture in itself seems hopeful. Then the light goes and darkness returns, and you have to wait for the light to come again."

A "brave and engaging show"

Ellis Woodman, who covers the show in both BD and the Telegraph, focuses on the show's rarity, and therefore its importance to the public understanding of architecture:

"Not since the Foster, Rogers and Stirling group retrospective of 1986 has the institution devoted the entirety of its principal galleries to an architecture show. The received wisdom has always been that there simply isn't the audience to support such an investment."

The exhibition itself he sums up with:

"Some projects stray perilously close to the character of stage-sets, but the most convincing maintain a relationship to the encompassing building. The standout is a timber belvedere that the young Chilean practice, Pezo von Ellrichshausen... Finding yourself at eye-level with the gilded angels that project from the cornice of the 1860s gallery is a particularly magical moment."

In the Guardian, Oliver Wainwright is a little less charitable, criticizing the fact that the exhibition is ultimately devoid of the political and practical constraints that enliven architecture in the real world, and therefore is not fully representative of architectural culture:

"Some of it is fun, sure, and the best rooms might even give you a frisson of spiritual transcendence, when it's not too busy. But ultimately there is something unsatisfactory about the whole endeavour. These are simulations of architecture, erected at speed by a team of set-builders, to allow you to experience architectural ideas by proxy."

For the Observer, Rowan Moore is much more appreciative of the understanding of architecture demonstrated by the exhibition, though points out that it may have been misrepresented by the title:

"If the title might suggest that you are in for multiple sensory experiences, then it misleads... The show is as much about presence as the senses, about the awareness of what it is to be in a place that might be small, large, light, dark, rough or smooth, and to move through it."

Though he describes the exhibition's goals as "a job that badly needs doing", Moore does point out some of the weaker aspects of the show:

"There are paradoxes. The exhibition requires the display of a kind of architecture that is not about display, and while quotes on the walls insist on the importance of architecture's use and responding to its users, these are structures of no function designed for no one in particular. It's a show of what is not a visual art as if it were one."

Rory Olcayto of the Architects' Journal is similarly impressed by the exhibition, stating that both the show and the architects involved stand for:

"a quiet kind of building, that most of Britain’s architectural thinkers, curators and critics, through their writings, exhibitions and other forms of cheer-leading, seek to promote at the expense of the prevailing starchitect culture."

However like Rowan Moore, he pounces on the paradox that lies between what the exhibition stands for, and how it is promoted and covered in the media:

"If the argument against iconic landmark architecture is that it is too thoroughly defined by image, you may find the AJ’s extensive visual study of Sensing Spaces - by photographer Anthony Coleman - ironic. It’s a problem for the Royal Academy too."

Ultimately though he offers the most subtle endorsement of the show himself, while describing a seemingly mundane encounter with another gallery-goer which he says moved him:

"Perhaps you had to be there. And that’s the whole point of the Sensing Spaces show."