Raimund Abraham's last project, a "stunning" design for a building atop an unused NATO missile base in Hombroich, has been realized four years after the architect's death. At the time of his passing, Abraham was working on this project as part of a unique outdoor art complex close to Düsseldorf, Germany. A competition has now been announced to determine the future for the space which has become an "an integral part of Hombroich's cultural sphere."

The story of Abraham’s design from the initial sketch to completed contemporary art centre began in 1996, when a rendering of the sculptural building by Abraham was exhibited at the Architecture Biennale in Venice. It caught the eye of sculptor Erwin Heerich who arranged for Abraham to meet with the founder of Museum Island Hombroich, Karl-Heinrich Mueller. Mueller invited Abraham to see the art island’s former NATO missile base (also known as Rocket Base), and Abraham was "immediately inspired." Architects including Alvaro Siza and Tadao Ando have also designed buildings at the Rocket Base Hombroich, making the area a "gem for architecture enthusiasts."

The cornerstone for Abraham's building was laid in 2006, its focal point being a 1500 ton concrete disc almost 110 feet in diameter. Abraham tilted the disc placing at its center a triangular opening that points towards the tower sitting as a relic on the former NATO rocket base. The building features "four two-story rehearsal spaces, a studio, a communal area, four living units, a library space, a courtyard, and a subterranean arena." According to Düsseldorf's tourism board, "the building offers many options for usage, and proposals for its eventual purpose were solicited in a competition and are currently under review." 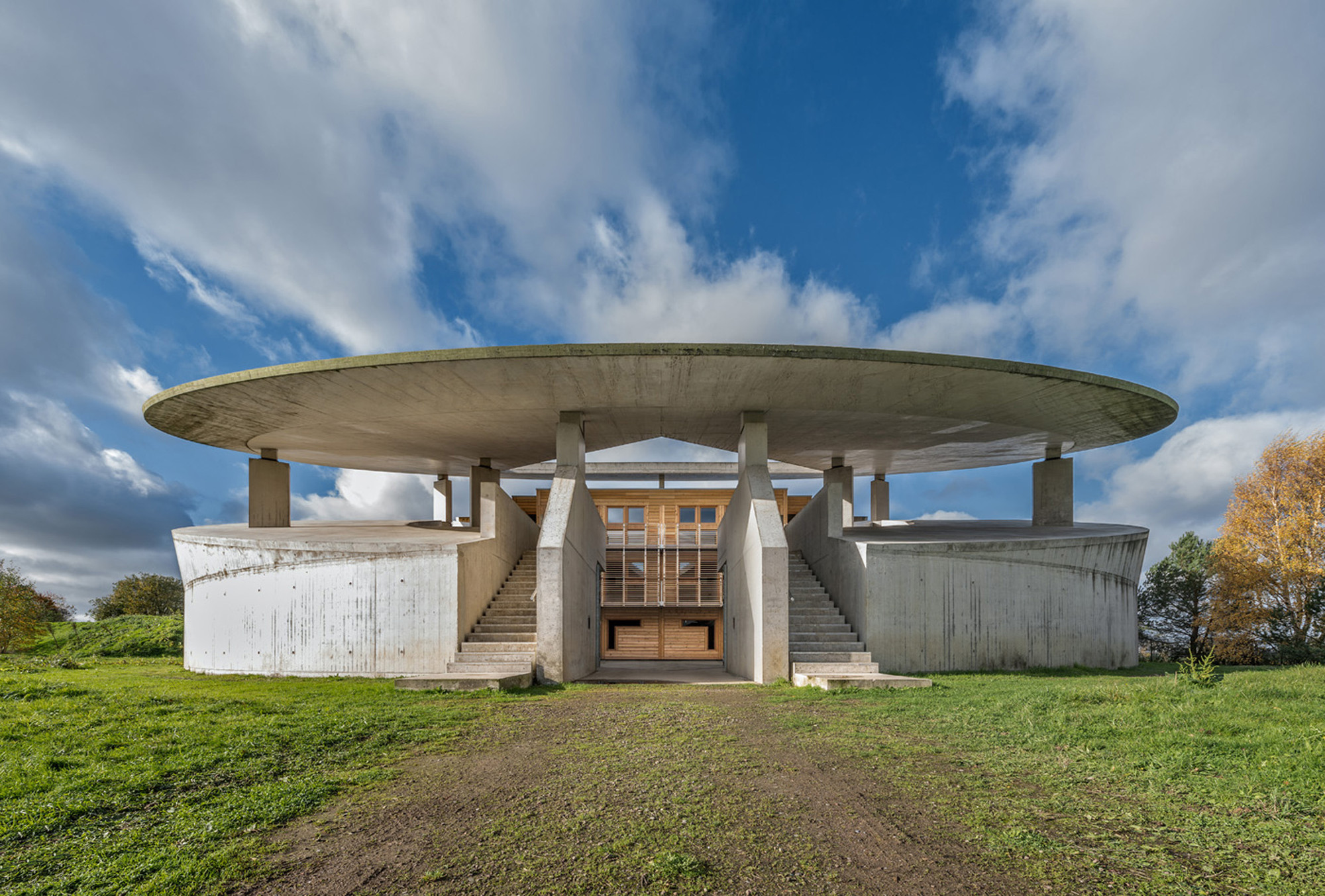 You can find more of Thomas Mayer's photos of the building here.