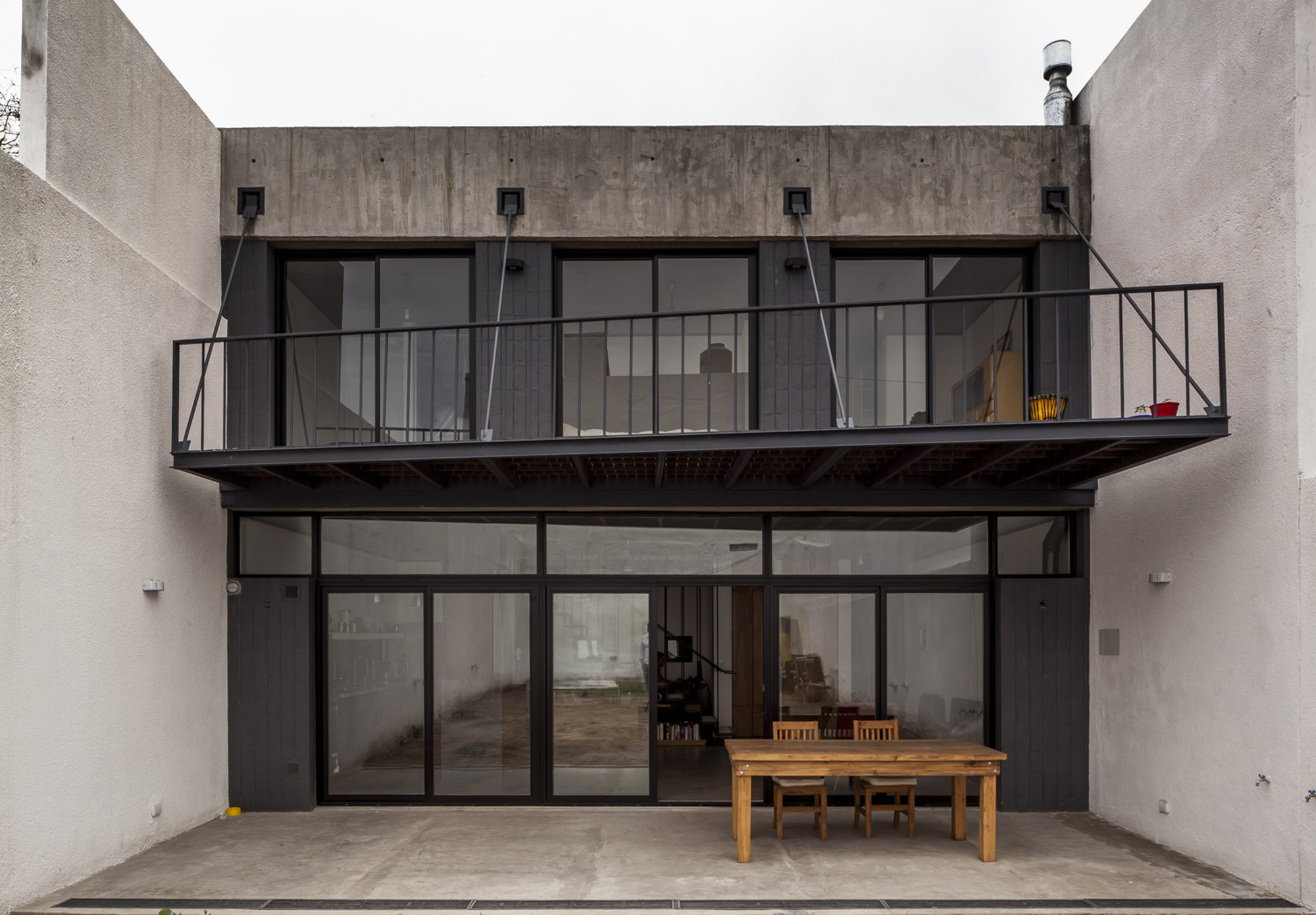 Text description provided by the architects. The project is located in the southern part of the city of Buenos Aires, precisely in Parque Patricios, a neighborhood that is being promoted as a technological pole. This characteristic motivated the client to start the construction of a building that unfolds into two separate volumes, his home and an office for his business. Both buildings have in common constructive and material decisions, however they show a strong formal contrast. In addition, the two volumes meet sustainable conditions: ventilated facades, reuse of rainwater and FCS certified wood (OSB).

The office provides certain dynamics in materials and forms, the heterogeneity of materials underlies in the homogeneity of its dark shades of color. The dynamics of the facade, result  of a formal operation, seeks to achieve a functional simplicity at the entrance while generating visuals towards its neighbors, rather lower buildings. The facade includes a palette of two materials, zinc metal and brick, trimmed as if one is the other's negative.

On the contrary, in the volume of the family house, the operation is simple and powerful. It is a concrete volume without intermediate structure, achieving free visuals across the entire lot. This structural effort brings about a certain ingravity of its component parts. This is reflected in elements such the staircase and balcony, both suspended. The curved and solid wall of the facade (inner courtyard facade), built in a dark common type of brick, opposes to the glazed facade (back garden).

Ultimately, the project shows a volumetric contrast, result of two very different uses. In spite of that, the project reaches a balanced dialog between tones and materials that sews both buildings together.