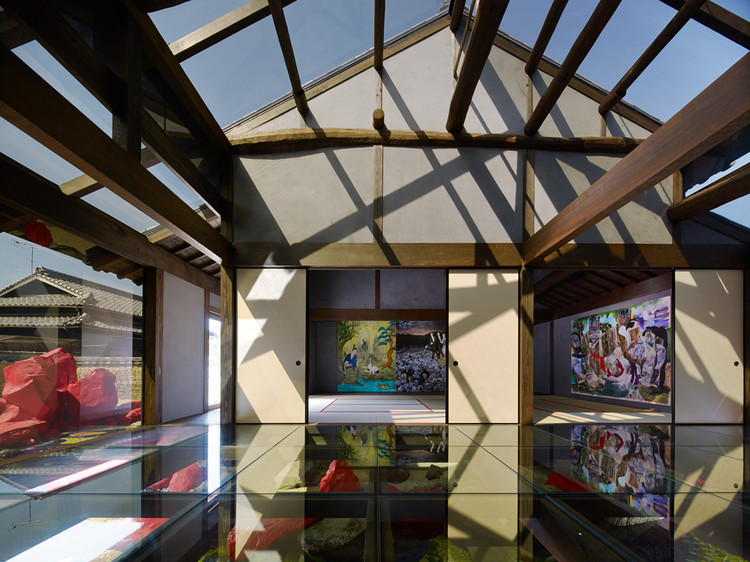 Located in Teshima, an old port town lying in Seto Inland Sea, “Teshima Yokoo House” sits as an art museum in such an old community as most of the people are the elderly.

This is the project by Tadanori Yokoo, an internationally renowned figure in art, as well as being a series of art projects that kicked in with the one in Naoshima, backed by Fukutake Foundation. This art museum opened in the summer of 2013, align with the start of Setouchi Triennnale 2013. It is originally composed of three of one-storey Japanese old houses. We repurposed, renovated and partly made extension.

The museum aims at identifying his works with the architecture itself. To achieve this, we first contemplated on how we can make close to these two ideas, two dimensions and three dimensions in a geometrical sense. Like his collage works, various scenes and experiences inside are figuratively amplified and collaged by each of screens effects, motion of visitors and natural daylights. Never will you encounter the exact same scene. Behind the purpose, true meaning underlies that we humans can’t avoid lifelong theme , “Life and death ” , as he insists through his works. “Teshima Yokoo house ” will be the aggregate that is constantly changing itself and circulating in the community.

Secondly, it is also important that this place plays a role in invigorating the elderly people who long lives in Teshima. This is a strong request from our client. To share the process and experience with them, we were making opportunity to let them know what this museum is for, and how this place will be side with their lives. For example, we held rice cake making festival, and showing construction process over the red glass. We actually had done making crushed tile with them to cover the bottom of the pond in the garden. As the theme of the museum says, this place literally is able to hold funeral. We hope this is going to be a hub for the locals, giving birth full of energy to them, and spreading as much.

Based on these two premises, we directed new route for visitors to zigzag between the inside and outside of the space. With the characteristic space of old Japanese wooden house, we worked on amplifying the image of his works and scenery of the garden by setting black, transparent glasses and mirrors. Among these special setting, red glass have technically a key to lose information of colors and change the other end of world into monochrome view, This also means the boundary between “life and death” and “ordinary and extraordinary ”, which in fact, he uses the color of red as an symbol for life. When you are about to start your journey in the museum, you notice the red stones in the garden visually disappear its existence. As you go inside and pass through the main house, you encounter the garden with its original color. Looking from the main house, the garden looked gloomy by distinct functions of different color of glasses. Across the river flowing under the main floor, you’ll finally encounter 227.3×546 cm of his three works,”Primitve universe”. This is also reflected in the black floor glass, and overwhelms visitors before they know it. 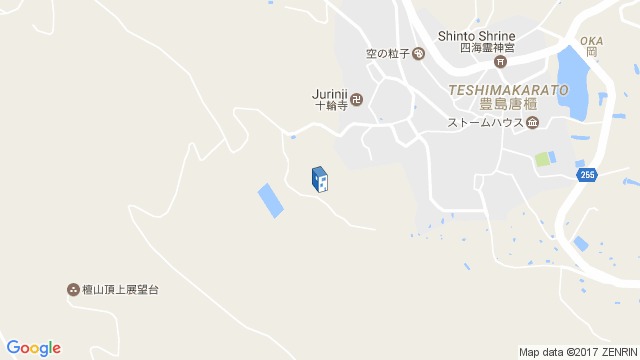