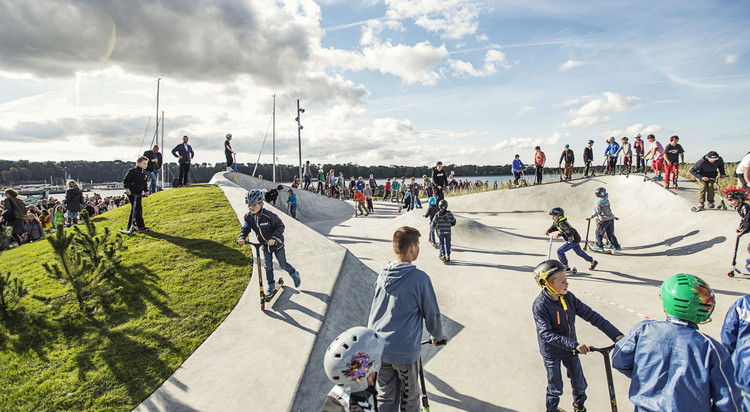 “By introducing the ‘Skate+Park’ concept, EFFEKT has created a new type of multi-functional and recreational urban park area that bridges user groups of diverse interests and age.”

In the spring of 2013, Lemvig Municipality faced a group of citizens eager to transform an empty industrial lot on the city’s harbour front into an area of leisure and recreation. In order to meet the demands of the local population, EFFEKT worked closely with representatives from different user groups to develop a new type of urban space. The result of this collaboration was an integrated skatepark + urban park that offered a range of programmatic features and recreational opportunities. Set in beautiful surroundings, the park has created a new social space in Lemvig, attracting skaters and families from the entire region.

"The harbour, having displaced most of its activity along the coast, had become a residual wastescape of maritime activity. By envisioning the Skate+Park as a social gathering space that would attract people of all ages and interests, we believed it could become a catalyst for revitalisation that would re-brand the harbour front as a recreational hub and re-introduce the harbour as an important asset to the city." says Mikkel Bøgh of EFFEKT.

"From the start, we knew that the project would need an array of ingredients to differentiate itself from the grey, black and rust-tinted surfaces of the immediate surroundings the consequence of a downturn in the local fishing industry. By challenging the typology of the skatepark an otherwise mono-functional greyscape alongside a thorough investigation on the dichotomy of surface in public space, we were able to design a hybrid platform that would accommodate a multitude of social and recreational activities.

Skateboarding originated in streets. Co-existing with a multitude of other urban activities. As it grew in popularity and commercialised, the sport and culture was moved into these grey parks were it became isolated from the same city that originally fuelled, challenged and inspired the skaters. By merging skateboarding with a multitude of other recreational activities and re-introducing the (skate) culture back into the heart city centre, we feel the both skateboarders and other groups of the population will benifit greatly from this new co-existance on the harbour - and potentially breath new life into an otherwise abandoned area with great potentials.”

Lemvig SkatePark is part of the public space program “Byg-Det-Op” (Built It!) orchestrated by Danish Architecture Centre and Danish Broadcasting Corporation in collaboration with Realdania, The Danish Foundation for Culture and Sport Facilities, Danish Arts Foundation and COWI. The project was conducted as a Design-Build project in a period of 4 months in the summer of 2013. The entire project was documented by Danish television in four individual documentaries. The documentary on Lemvig SkatePark is available here:http://www.dr.dk/tv/se/byg-det-op/byg-det-op-nyt-liv-pa-havnen-4-4 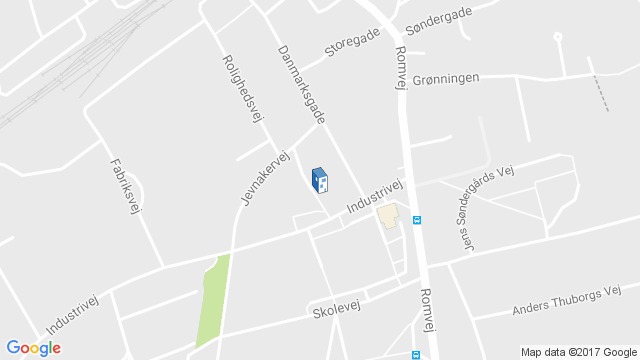