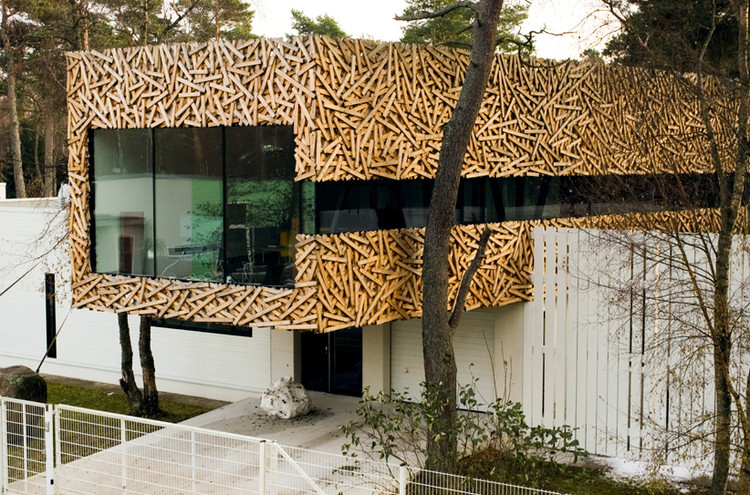 Text description provided by the architects. Bit by bit have extra rooms been added to the one-storey private house, designed in 1998 and built in 1999. In the first phase the house was a simple wooden “matchbox” which had to satisfy the humble needs of a young family with children, one of which being a sustainable building.

The family grew, the children got older and the living space had to be enlarged; firstly the terrace was added as an extension of the living room, then after a couple of years the need to store things rose and an economy room had to be built, and again after a few years the thought of increasing comfort came up and the outside pool was added, and then, during 2008-9, also another floor with sauna and relaxing room.

The modest “matchbox” has been made bigger in time, the drawer was stretched out further and further until it came out of the box and could be placed, crosswise, on top as a first floor and could be covered with tangled matches.

That is how the first floor looks: a box covered with crisscrossed sticks which resembles an angular bird’s nest, a ball of hay that is pressed together, a tangle of boards, all of which glows in the dark. 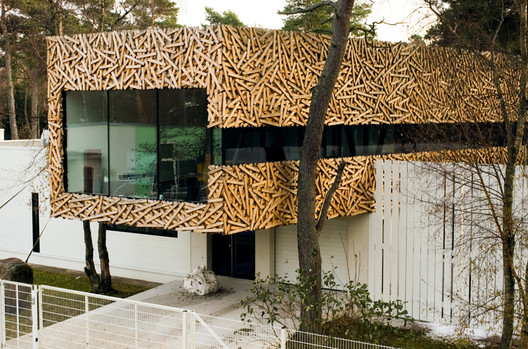