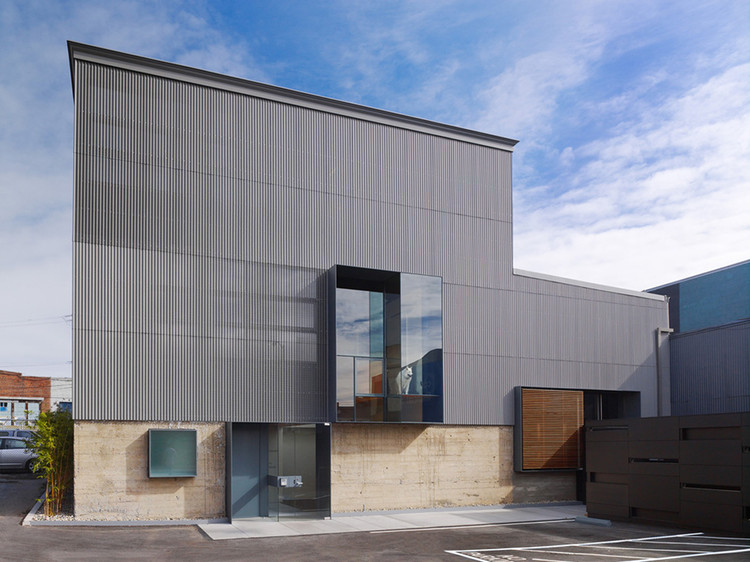 355 Eleventh is a LEED Gold adaptive reuse of a historic and previously derelict turn-of-the-century industrial building. The three-story, 14,000-square-foot, mixed-use project was developed and constructed by the building’s primary occupant, a general contractor specializing in green building who wanted to showcase its commitment to cost-effective sustainability. This owner and general contractor occupies the entire second floor, comprised of administration and offices. The third floor is leased to design professionals. A restaurant and bar occupies the first floor and exterior courtyard.

Originally a warehouse, the historic structure’s new role as a multi-tenant workspace invoked a new set of constraints for the building envelope. Ample light and air was required for the building’s new office use, however San Francisco’s Planning Department placed strict limitations on the introduction of new fenestration due to the building’s National Register of Historic Places designation. Additionally, the structure’s original corrugated siding was required to be replaced in-kind to preserve the building’s industrial character. The architectural solution to these conflicting requirements was to perforate the building’s new corrugated skin with fields of small holes, allowing light and air to pass through new operable windows hidden behind. The perforated outer skin mitigates solar heat gain while enabling cross-ventilation of the interior. This rudimentary double-skin façade becomes a screen for sunlight and air, allowing the stoic, industrial character of the original building to be maintained without the visual introduction of new fenestration.

By carefully designing the new spaces, more than 75% of the building’s original fabric has been maintained. Significant structural upgrades were undertaken to ensure proper seismic performance of the existing timber frame – an investment on par with new construction. Clearly registering the rhythm of the historic post-and-beam structure, the original fenestration of the building’s north façade was preserved and refurbished. The existing timber and concrete frame was carefully sandblasted to reveal the warmth and texture of the original materials. As day turns to evening, the perforations in the building’s new skin gradually reveal the historic character of the timber frame within. 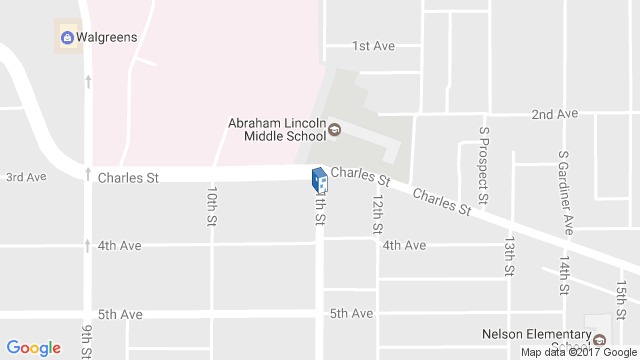 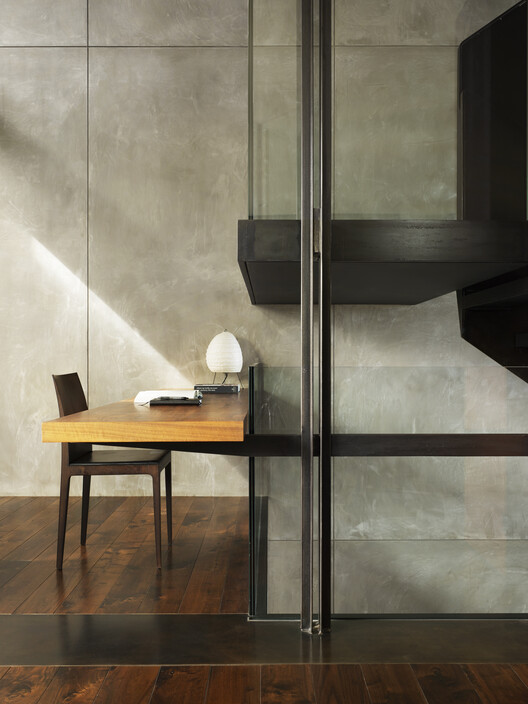