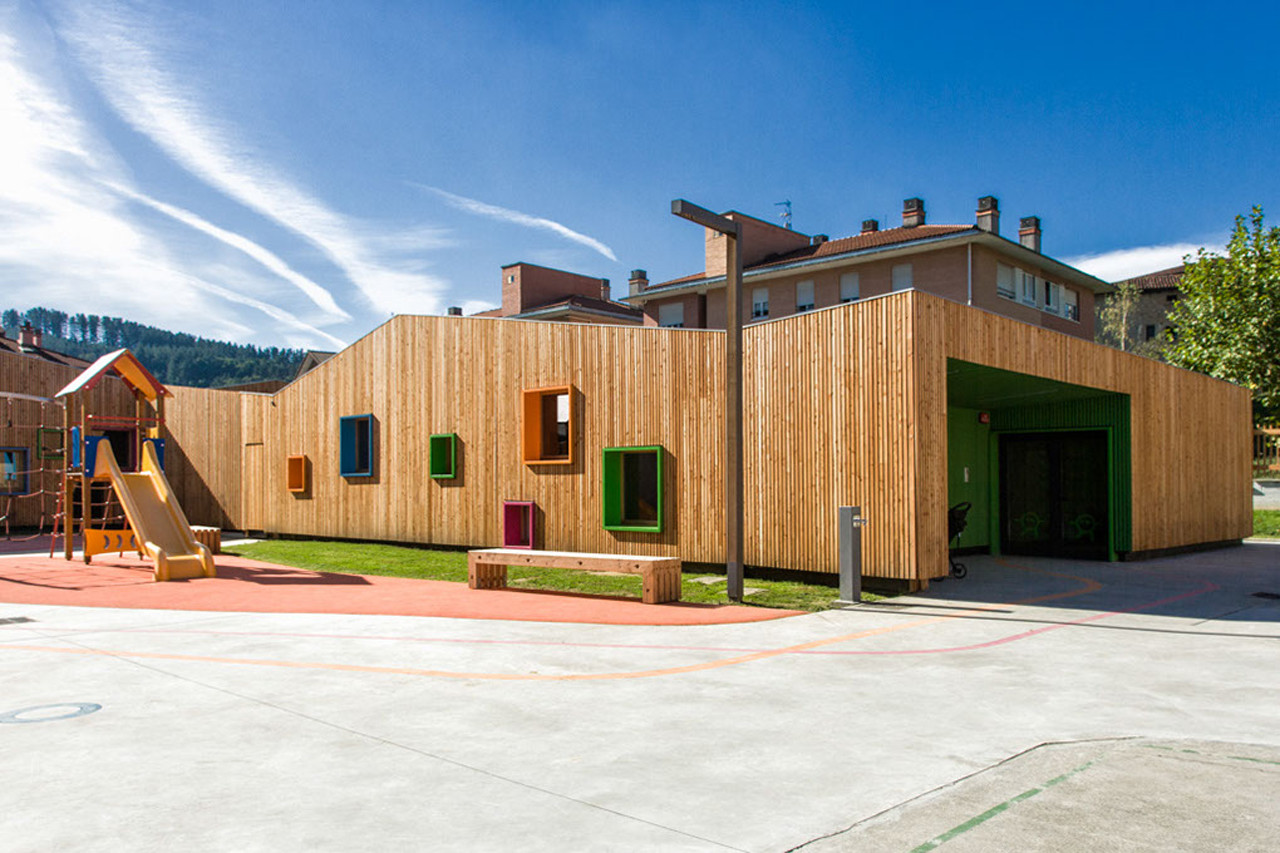 Text description provided by the architects. The project for the new building for nursery and kindergarten is conceived from the attention to the specific needs of the population, the adaptation of the proposed systems to their environment, their feasibility and economic viability, and from principles of sustainability and energy savings. The aim of the competition, organized by the City of Zaldibar, was the completion of two buildings that could work independently: A kindergarten for children aged 2-3 years that would be integrated into the existing school complex, and a nursery for children 0-2 years that could operate independently. Under this premise, and seeking architectural appropriateness and quality of the technical proposal, priorities valued in the competition were: rapid construction, ideally during summer to avoid disrupting school activities and allowing two separate construction phases for each building, an economical design, and a proposal of energy efficiency systems and production of renewable eneregy integrated into the architectural design.

The built proposal, with an area of 600m2, is developed in two modules to be managed independently. Their implementation in an L-shape borders the west-south boundaries of the plot, allows the creation of three play areas: one for children 0-2 years of the nursery, another for children 2-3 years for the kindergarten building, and one for children 3-6 years, preserving an important part of the existing school complex. The entrances are from Autonomia street, to the north for the kindergarten from one of the existing entrances of the school complex, and to the south east for the nursery through a separate entrance. The project aims to enhance the school complex and its environment by adapting to the scale of its users, the children. Thus the form is conceived as a child's game, generating a continuous zig- zag of roofs and a combination of windows on the facade at different heights and colors, evoking an image of small houses . Both volumes are integrated as a unit in a single silhouette following a continuous treatment of the exterior wood facade. The main entrance and access to the playground on the opposite end of each module are covered by the roof of the building as porches, and are framed on the facade by a color that characterizes each building: fuchsia for the nursery, and green for the kindergarten.

The construction of the building was carried out comprehensively with a prefabricated system of wood structural panels. These panels make up the facade, interior partitions, roof and siding. They are designed and custom-made allowing an easy, fast and systematized assembly on site. This type of dry construction allows not only a clean construction site and the reduction of waste and resources used, but also a considerable reduction in costs and runtimes, as construction may be carried out in just 2 months.

The building has been designed under the criteria of ecological design. From the architectural design, we have paid special attention to the orientation, the use of solar radiation, good insulation and thermal control, adequate waterproofing, the use of local and environmentally friendly materials, and the integration of renewable energy. The radiata pine wood from local forests is an excellent material with great technical, acoustic, hygroscopic and insulating behavior, in addition to being an ecological and recyclable material, and providing warmth, comfort and an aesthetic quality. The good thermal insulation built into the construction system, its continuity and thickness reduces the energy consumption of the building and provides high comfort. The roof of the building will be constructed with proper waterproofing, which will also be continuous in ventilated facades, and zinc cladding. It will also provide for proper ventilation of the floor . We have studied the design and layout of the windows to achieve a high degree of natural lighting, increasing solar gains and reducing heating. The prefabricated boxes forming the window frames are also designed according to the inclination to control solar radiation. The building facilities are designed for energy efficiency, and an underfloor heating system is installed, improving the thermal quality and energy savings. The energy used for both heating and domestic hot water will be biomass. These measures seek to not only reduce energy consumption and CO2 emissions, but also to support the local economy, environmental comfort and quality of life of its users. 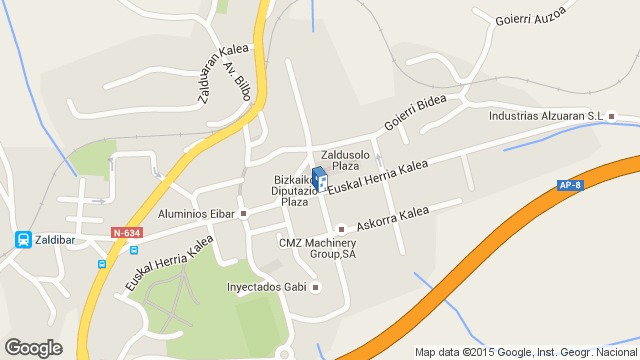 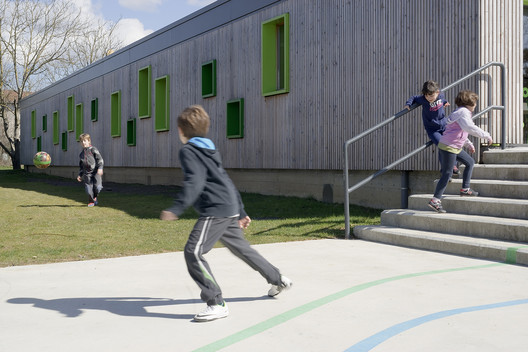 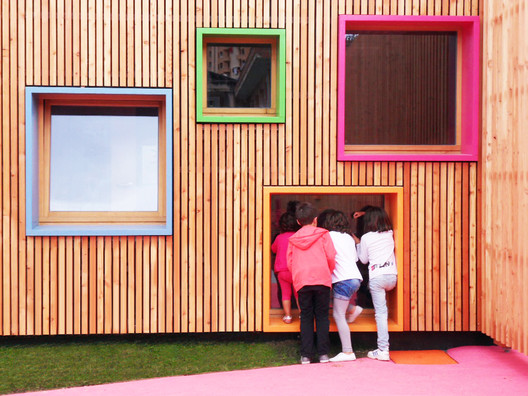