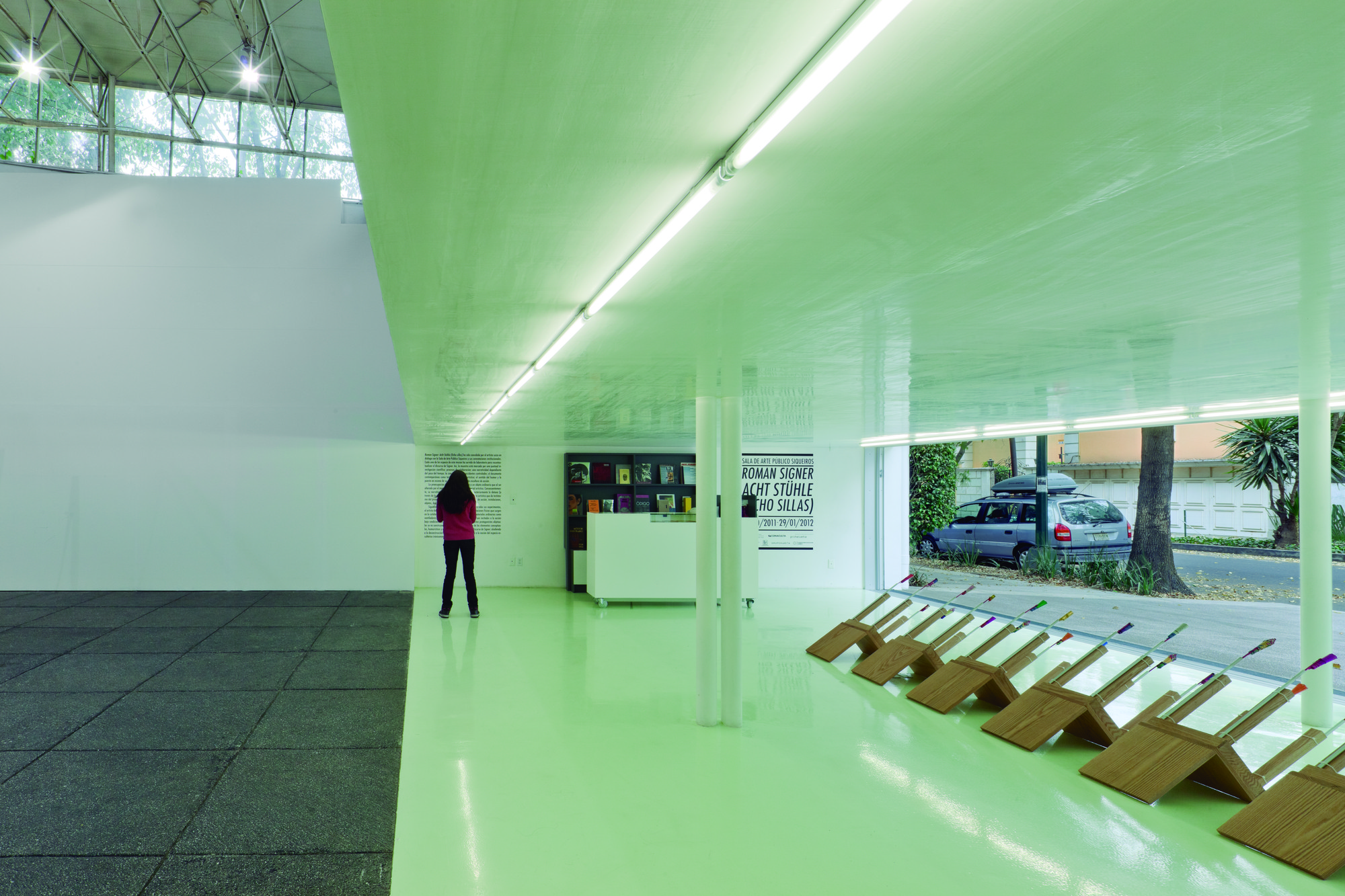 Text description provided by the architects. The core agenda of architectural intervention is to devise a new functionality to the access area and build a new social space, primarily between the visitor to the museum and murals of David A. Siqueiros.

The entrance area of about 75 m2, have a new distribution and services ( box office -bookstore -lounge- coffee) and, crucially, allow the public or bystander, make eye contact with the wall and be a transitional space between the street and the museum. The connection (outside-in / public- museum) is being implemented through amendments to space, new furniture (designed expressly and exclusively) and careful lighting project.

To carry out the proposed architectural intervention, the two walls were demolished limiting current temporary room on the ground floor and the wall that separates the access, thus opening the visibility between the outside of the museum and murals.

Furniture design corresponds to a system of mobile bookcases, which will move them along the length of the space, allowing to generate, with the furniture, different configurations. In the extreme sides of the surface, two permanent positions: on the right the box office is located, to the left, the coffee stand. All furniture is finished in wood veneer in dark tone.

Access to this new space is across 5 windows, floor to ceiling, made ​​of aluminum and tempered glass. The windows - doors slide the entire width of the front, allowing it to become a “scenography“ modular and changeable, that meets the operational and aesthetic needs of the museum.

In this way, space, furniture and lighting pose create a place that generates an intense connection between the exterior and interior of the museum, creating a new movement and living area, a perfect prelude, a space that prepares the visitor to enter the world of murals by Mexican artist David Alfaro Siqueiros. 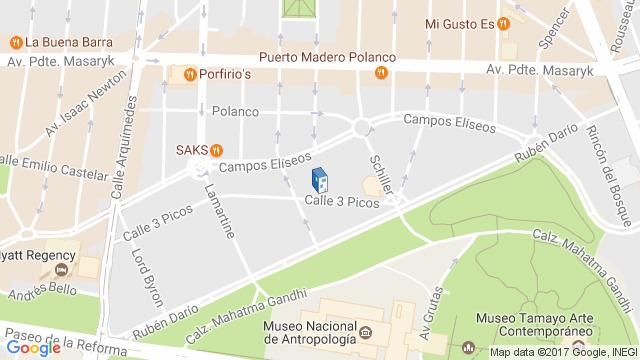