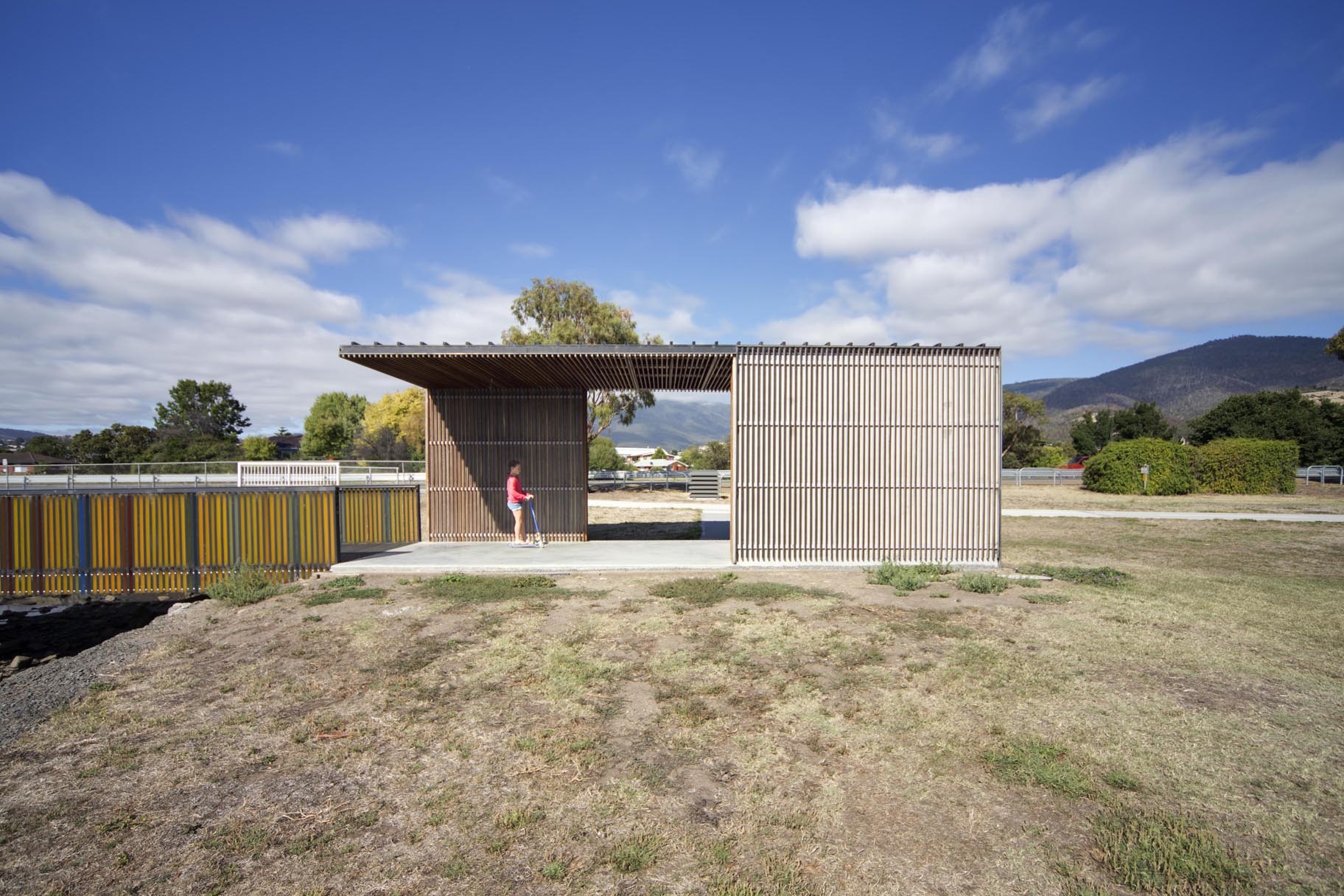 “We move on from nostalgic visions of place making and embrace interstitial ‘spaces’ with relish. “ states Thomas Bailey.

Abundant birdlife and the silky surface of the river are able to be closely inspected as one walks the gentle arc which links an existing school, playground, major entrainment centre and rowing club.

Punctuating the arc are two carefully crafted pavilions which offer shelter, seating and a location to pause and consider the water plane and sky.

The staged project was the result of a limited design competition in 2010. Stage 2,  a subsequent pavilion and concrete courtyard upon a redundant industrial platform has recently been completed. Maniacal blunt forms frame and command the superlative Tasmanian landscape.

GASP! has been conceived as a ribbon along which contemporary art events and installations can occur, the new architecture is an important feature of this.  Turner Prize winning Artist Susan Phillipz was commissioned by GASP!, to undertake the inaugural art project, The Waters Twine an 8 channel sound project embedded into the boardwalk in March 2013. Further events and installations are now underway. 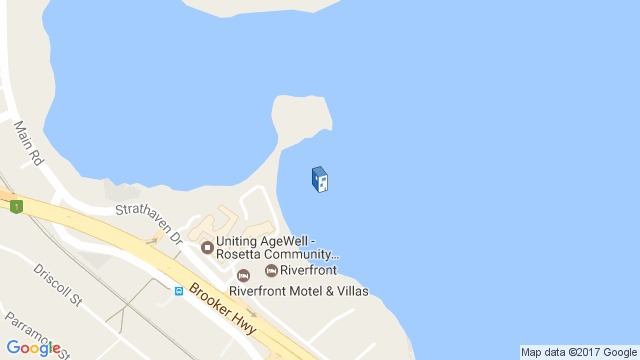