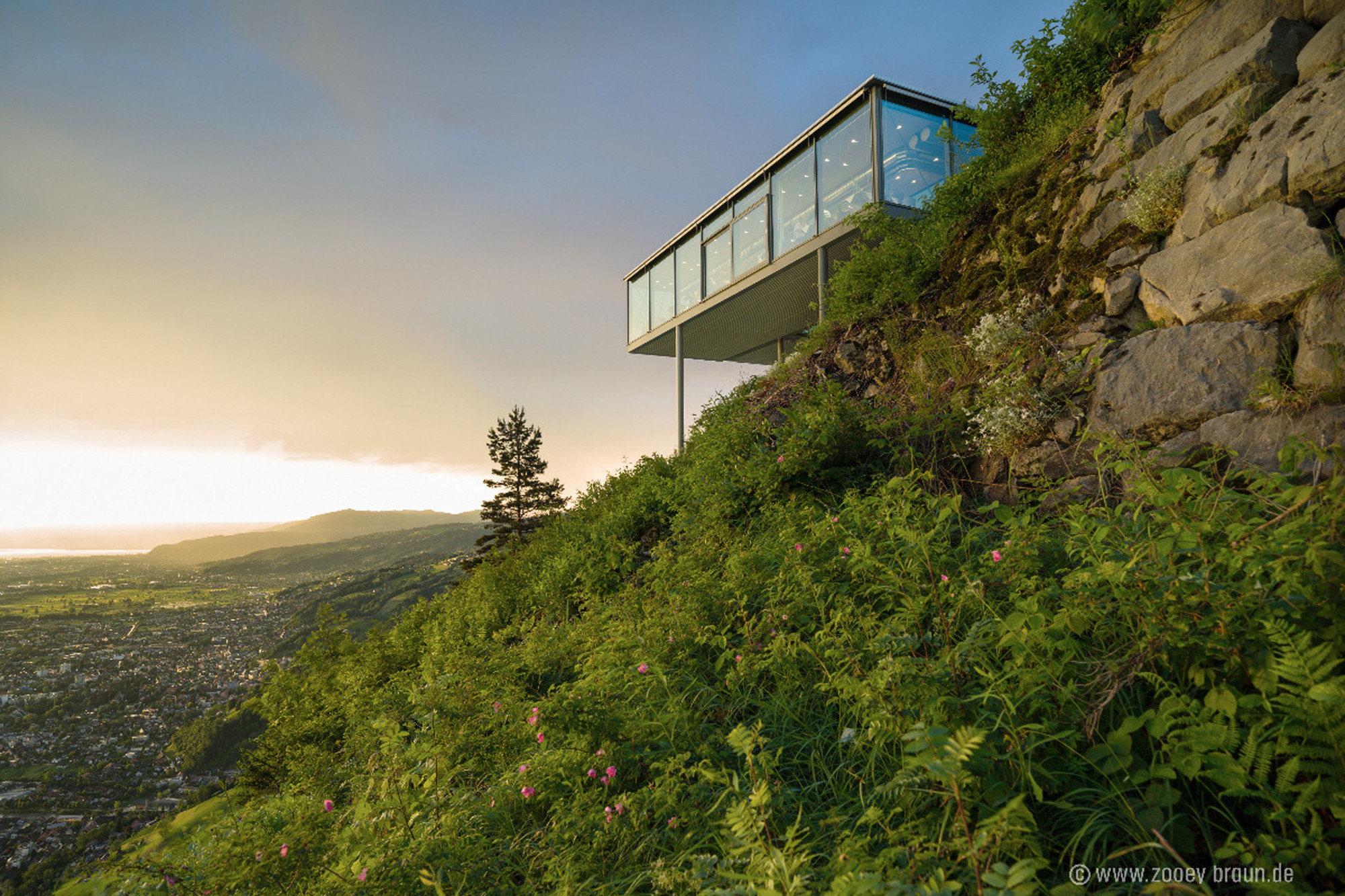 Text description provided by the architects. Dornbirns’ ‘house mountain’ The Karren, is the most popular destination in the city. Due to the steady growth of domestic and foreign visitors, the capacity of the restaurant slowly became overwhelmed.

Jointly developed with the client, the owners, the business manager and the Architects Rüf Stasi Partners (ARSP), a sustainable concept for the expansion and renovation of the new panoramic restaurant Karren, was developed. The concept not only doubles the seating within the panoramic dining room and increases the outdoor terrace area; it also provides an optimization of internal service processes, completely reconfiguring the restaurant kitchen and the storage areas.

The analysis of the existing building revealed a diverse mixture of renovations and extensions added over generations. As a consequence the existing construction and style had become chaotic. The aim of the design was therefore, in addition to the functional requirements, to bring a sense of calm of the ensemble and create a more holistic appearance for the Karren cable-car station.

A new steel and glass structure was attached to the front end of the existing panoramic restaurant (built in 1996) on the first floor. This component was rotated through 90 ° and then connected via a second glass passageway to the main building. Together this glass ring creates an open sided atrium which floats over the guests as they arrive from the cable-car or from the mountain path. Inside the glass structure provides diners with an uninterrupted view of the Swiss and Austrian Alps in all directions. The advantageous cliff position also provides stunning views of Lake Constance and the Rhine Valley. At the same time, a harmonious appearance of steel and glass in the construction is achieved.

The old south-facing wooden construction has been completely dismantled and replaced by a new, larger floor plan. Through the extension of the building to the South, the required area for the kitchen extension is achieved and the previously hectic façade is calmed by removing many of the volume jumps creating a smoother outer shell.

The new timber façade continues over the concrete construction of the cable car station in the east and over the services area, cladding almost all of the building in the same material to enhance the calming effect. The guests can also enjoy new views in the east (the ’Staufenblick’) and north (the view of Dornbirn along the cable car route) which were previously not possible.

All building work had to be completed within a 10 week period during the winter months and at 956m above sea level. The main site entrance was only accessible through an extremely steep and narrow forest path.

Only through meticulous logistical planning was the perfect interaction of all counterparts on this tight construction schedule possible. From the outset, planning was optimised through the extensive use of prefabrication. This allowed all timber construction to be made in an assembly hall before being flown to the site in less than 4 hours by helicopter. This allowed the entire wooden structure to be erected within two days on site.

The pre-assembled steel parts were individually transported via the mountain road and fully assembled on the terrace. Using the most powerful crane in the foothills of the Alps, the entire steel construction was lifted into place on the 11th of April 2013, and the end result was accurate to within 1mm.

In parallel, the interior work and the technical installations were pushed hard to meet the deadline, which were completed three days early on the 8th of May. With the kitchens in full operation the new Karren Restaurant was proudly opened on time with a full festival. 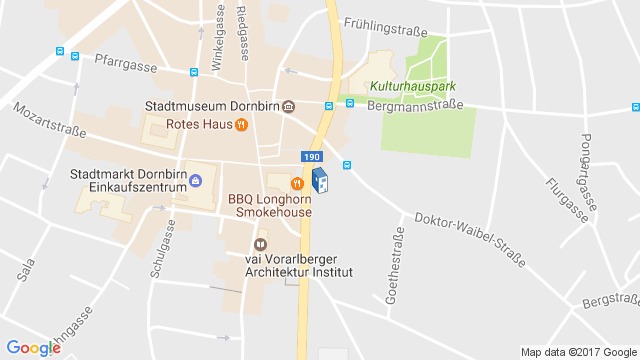 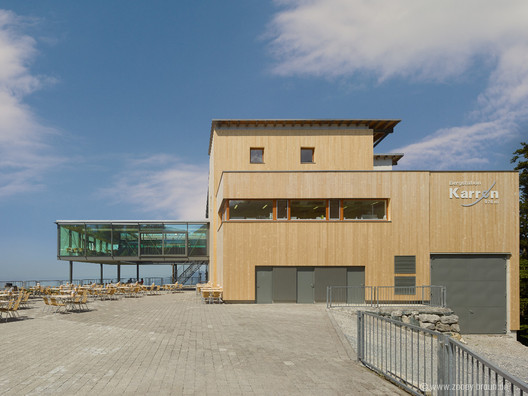