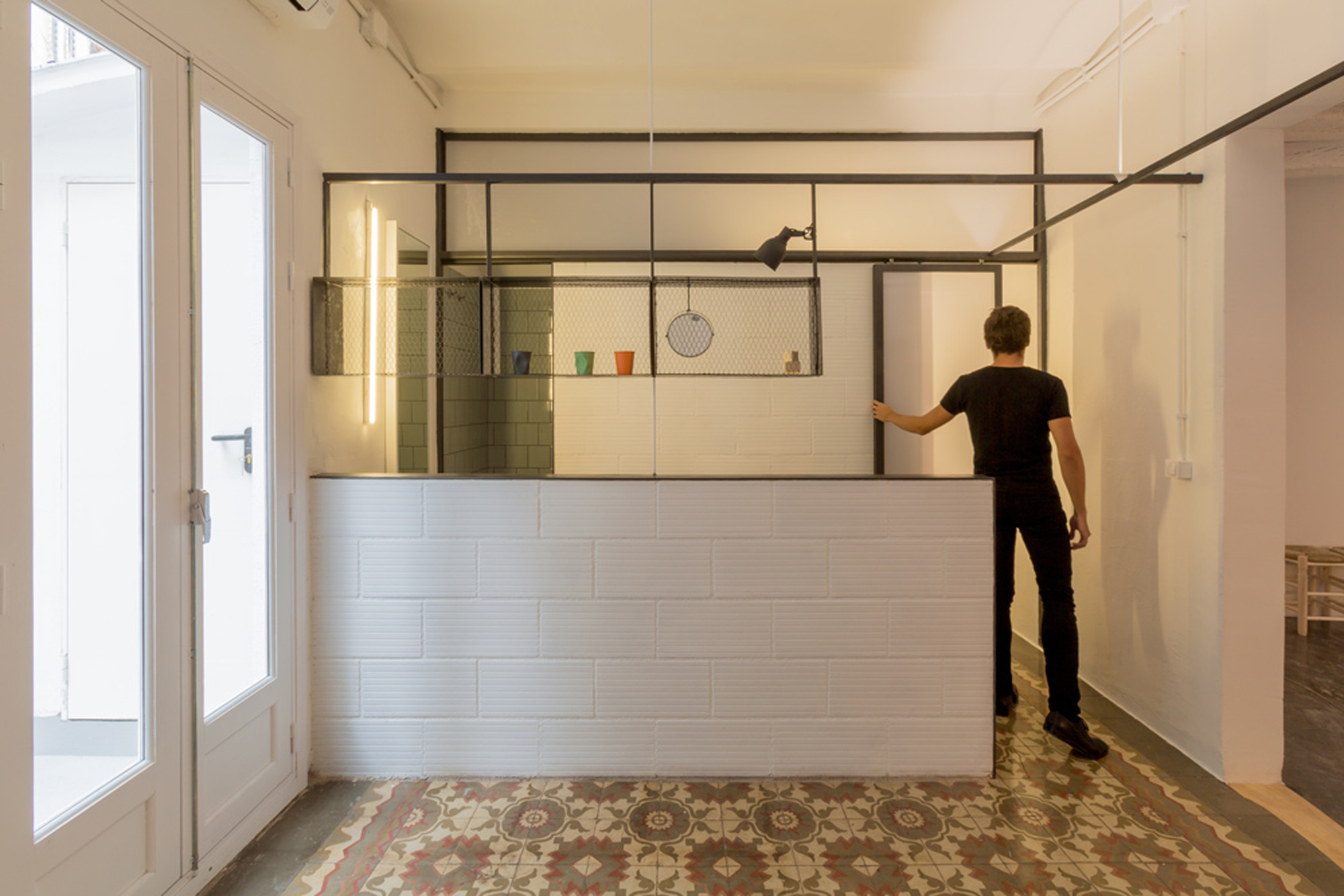 Text description provided by the architects. With Roc Cube we reached the end of a cycle, the renovation of three, very similar, but different apartments on a single building in Barcelona’s gothic quarter.

We were recently advised that in times of economic crisis, as architects, we had to look for a formula to obtain products with scalability to optimize our resources.  We understood that a product with scalability was the repetition of valid solutions from one project to the other, a difficult approach within the refurbishment industry.

In the midst of that search for a common denominator the opportunity to rehabilitate Roc Cubearrived- another diamond in the rough on the very same building where we had done two previous interventions: Casa Roc and Twin House.

We approached the project thinking that we could apply the same parameters as in Twin House due to the fact that it was a very similar apartment in terms of dimensions, orientation and pre-set requirements.  This meant placing the daytime space towards the street, the bedroom towards the interior courtyard, and placing the kitchen and bathroom against the median wall in the form of a humid strip.

What seemed obvious, however, was not possible due to the fact that the sanitary drainpipe changed its position on this apartment from the one in Twin House, so we had to look for a new solution for placing the bathroom.

We thought it correct to once again incorporate the washbasin in the bedroom to make a better use of natural light and to enlarge the sensation of open space.  This time we separated it from the rest of the room with a low wall and suspended iron cubes that allow storage from both sides.  These same cubes were also used to create night tables and extra storage space for recipe books and utensils in the kitchen.

The shower and water closet have independent entries, but can be closed using a single sliding door, a solution first use don Casa Roc.  The water closet can also be accessed from the main entry through a second door, which gives the option of guests using this space without having to enter the bedroom.  This way, boundaries were set between one space and the other without creating a visual barrier.

The building’s structure and closings are very irregular, so we introduced lineal elements that counterpoint these irregularities and set order within the space.  Amongst these elements are a close hanger that integrates lighting (borrowed from Twin House) and connects itself with the support of the suspended cubes and the sliding door’s guide.  Wood was used to set limits on the pavement which regulates the traces of the previously existing partition walls.  This was also synthetized on the living room lamp.

Roc Cube was about applying new ideas to new challenges, but maintaining the spirit behind Casa Roc and Twin House in which we searched for the original spirit of the building and subtlely intervened to achieve today’s levels of comfort while harmonizing with the building’s history. 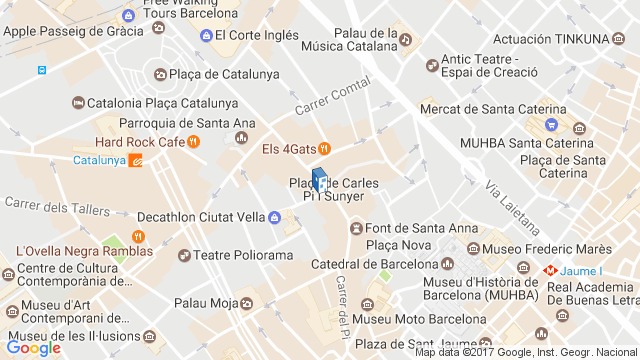 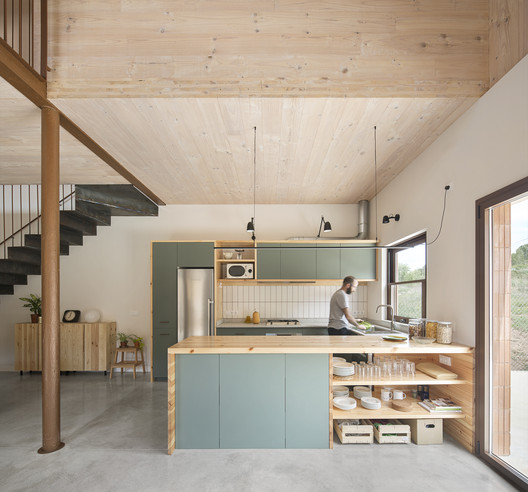