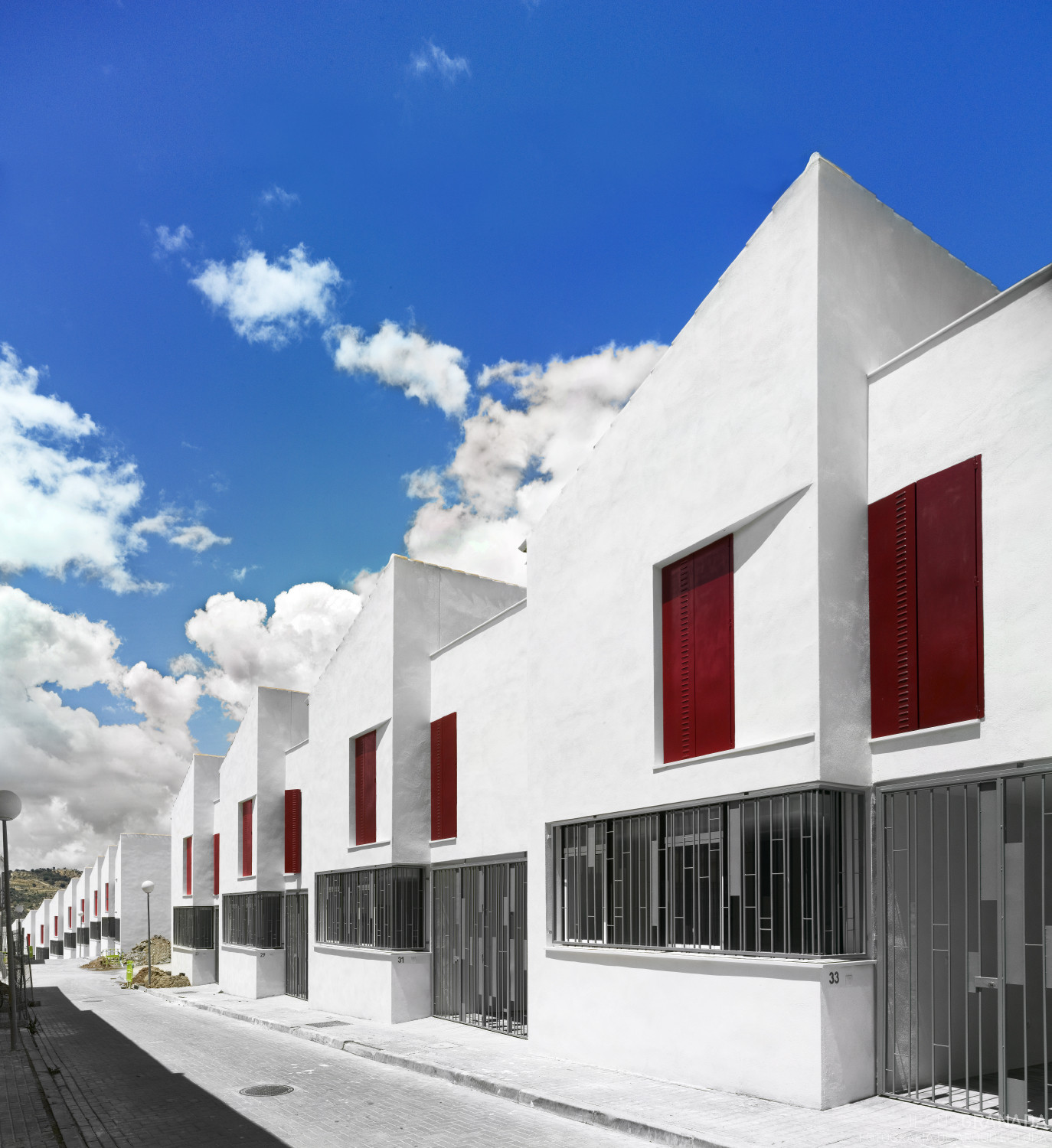 Text description provided by the architects. Just between the provinices of Granada, Málaga y Córdoba, the village of Iznájar stays in a hill on the river Genil and the stream of Priego. This locality gives name to the reservoir situated down the village; for its dimensions it is considered the lake of Andalusia .

Looking to the uses of the soil, the olive monoculture is predominant in the whole territory. Of punctual form this landscape is interrupted by forest spaces of the hill (enclave that for its high slope and rocks prevent its agricultural use) and by the reservoir. Placed in an area of recent urbanization, the set borders towards the North on a royal glen, towards the South on solar others where similar actions of housings will be realized, toward East with houses already ended and toward west with a transformation centre.

The action is divided in two plots, the R1 (B), the most western, by 11 housings and the R2 (B), by 7. The morphology of the plot is characterised by a very pronounced slope with a difference of level between an end and the other one of 12 meters .

The access to the house is realized by the south front across the garage. At this level there is the day-zone, the kitchen and an interior court whose sight remains veiled by the outside with two front-door gratings to support its private character. This court is the natural expansion towards the private exterior of the house like the traditional Andalusian housing.

This succession of juxtaposed spaces has been got also for the interior of the house. The living room has been thinked as the principal room, who articulates the interior spaces. The double height bathed by the zenithal light, puts in relation the day-zone at the ground floor with the night-zone at the first floor.

The strict program of 70 util square meters has been enriched by the emptying of the interior volume of the housing, extending the minimal heights and obtaining roofs that go from the 7m in the zone of the dining room down to the 4m in two of the three bedrooms; all this without damage of the final budget of execution.

Moving back the façade and the alternation of empty and full, we could play with the lights and the shadows of an effective and profitable way in these latitudes. The disposition of the cover not only makes the light of the morning go inside the house but it get too that from the old hull you can only see the roofs and nothing of the fronts. Moving back the façade allows that the set should adapt naturally to the great slope of the street. At the west ends of every lot the rhythm of the fronts changes to adapt itself to the singularity of the edge of every lot and to propose in this way an element of break or interruption of every series. The tiles and the white color of the walls in contrast with the red carriage of the top shutters will be the finishes that will help to integrate this promotion in the beautiful set of Iznájar's village. 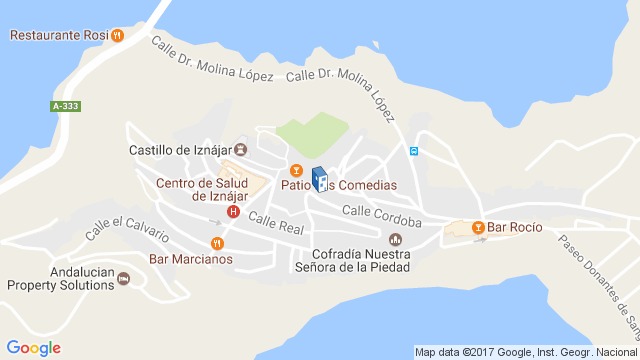 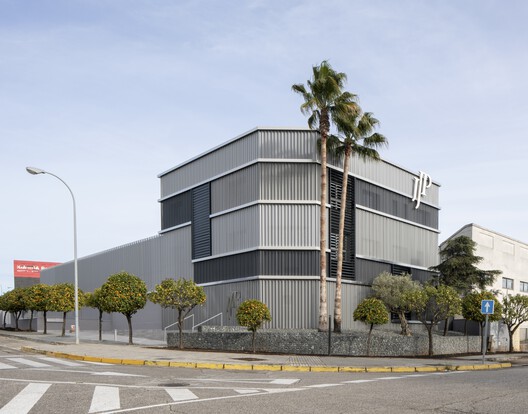