Save
A Radical New Approach to Prison Design
Share
Or
Copy

A recent topic that has been receiving attention among architects is the issue of designing prisons. The increased awareness of the problem has been spearheaded by Raphael Sperry, founder of Architects/Designers/Planners for Social Responsibility, who has been campaigning to have the AIA forbid members from designing execution chambers or solitary confinement units. At the other end of the scale, Deanna VanBuren, a principle of FOURM Design Studio and a member of ADPSR herself, has championed 'restorative justice', an approach to the justice system which emphasizes rehabilitation and reconciliation in order to prevent people from re-offending.

Now Glen Santayana, a student at Harvard's Graduate School of Design, has used his thesis project to add to this debate, designing PriSchool - a prison which both integrates with a school of criminology and is embedded within the community. Could this radical approach to prison design really be an answer to the stretched prison system in the US (and elsewhere)? Read on after the break to find out more. 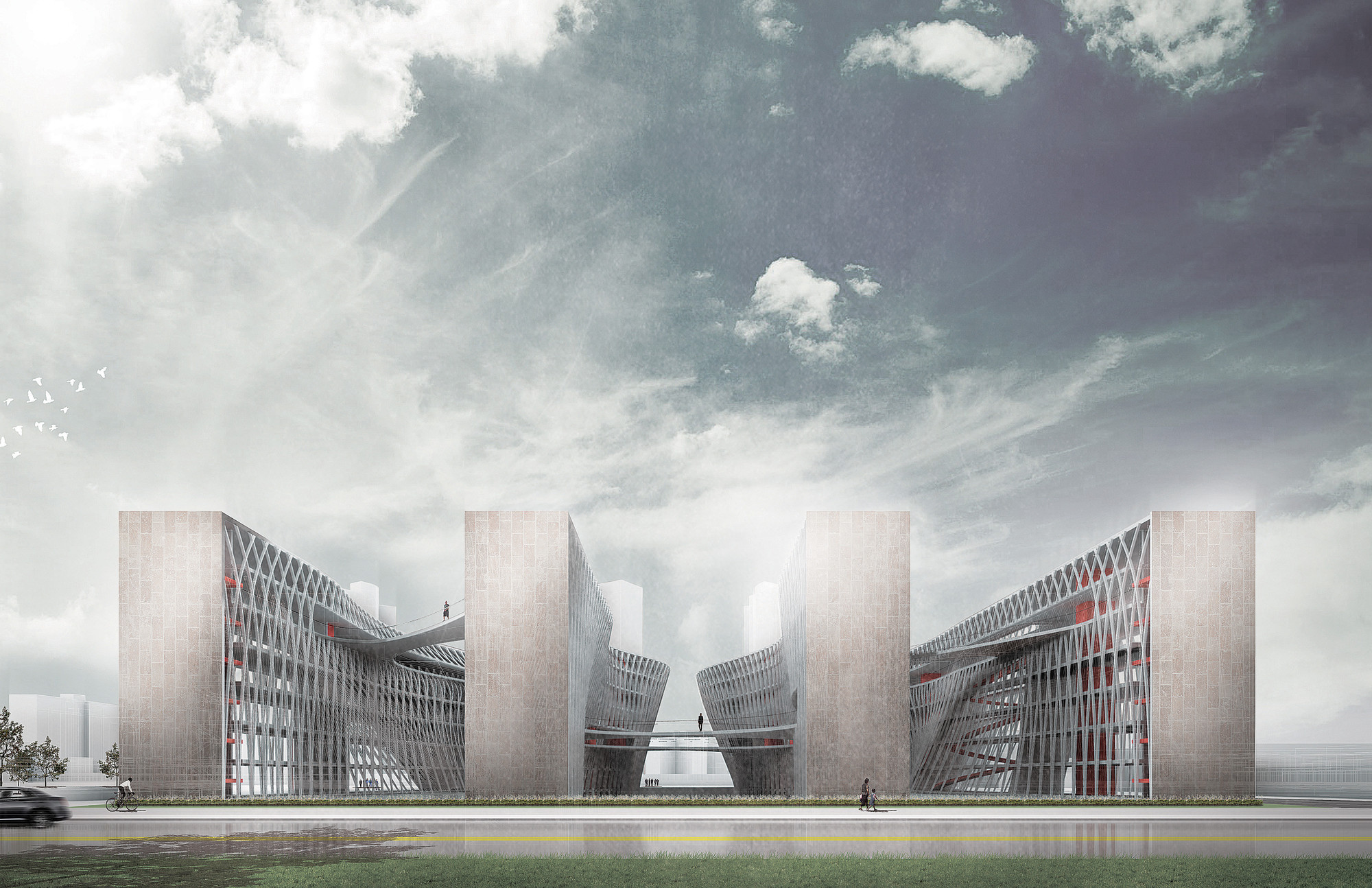 The circumstance which makes this unusual design possible - and needed - is the USA's spiraling prison population. Santayana's thesis explains how, since the "war on drugs" began in the states in the 1970s, the population of the American prison system has swelled by 500%. 92% of the current prison population is incarcerated on non-violent charges. To make this problem worse, the US has 67% recidivism within 3 years after release.

PriSchool is designed precisely for those non-violent offenders who struggle to stay on the right side of the law when released. Situated in a Brooklyn neighborhood surrounded by "million dollar blocks" - city blocks with such high crime that the state is spending over a million dollars a year to incarcerate their residents - the prison/school hybrid rethinks what a prison can achieve, positing it as a place where prisoners and students can learn from each other, and where criminals can be rehabilitated in preparation for their return to society.

The complex is split into four buildings, consisting of (from West to East) the school of criminology, the prison itself, a 'pre-release' building and a community center. The form of these buildings is warped to show where the functions of each building intertwine, with bridges between them. Prisoners and students get the opportunity to take part in lessons together, giving students the chance to get a sense of the real-life situations which they study, and offering the prisoners intellectual stimulation and a deeper understanding of the legal structure in which they are entangled. This promotes a sense of dignity and empowerment which can reduce their chances of re-offending.

In the pre-release building, inmates whose sentences are nearing an end get the opportunity to learn new skills, gaining access to metal and wood workshops, computer labs and a range of other environments where they can learn hands-on, employable skills. Finally, the community center is posited as a peace offering to those members of the wider community who are skeptical about being a neighborhood arranged around a prison; it is hoped that the benefits to the community will be greater than the stigma of the prison, and that this stigma will also eventually recede over time.

Santayana's thesis is a sensitive and heavily researched proposal which looks at the current US prison system from a completely different angle, and might be a viable solution to a problem which is only getting increasingly desperate. You can investigate his proposal further via his website and his thesis presentation booklet here.