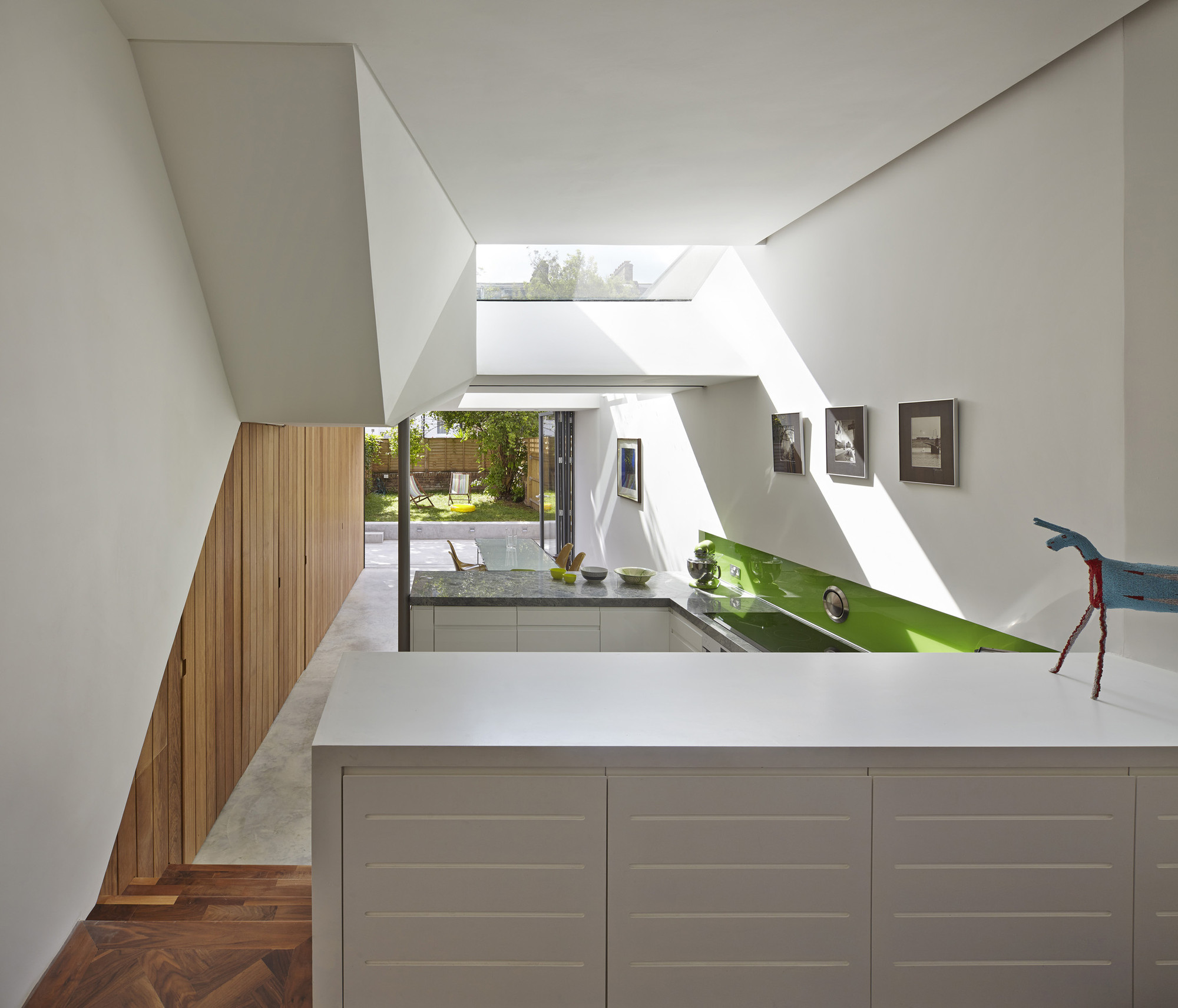 Text description provided by the architects. The existing house was in a run down state and required considerable repair work. In our initial planning negotiations with Islington Council, we agreed to reinstate the traditional bay window that had been removed and this eased the way to getting permission for a substantial contemporary rear extension.

The remodeled house accommodates a family of five. The ground floor has been completely opened up into a single open plan space linking living room, kitchen, dining and garden together. The kitchen is placed at the heart of the home allowing the family to interact with one other across the space. The floor and ceiling levels vary to alter the scale and proportion within the main volume.

Large skylights the over the kitchen and dining spaces bring light right into the heart of home and creates a feeling of being outdoors and at one with the outside environment which was important to the family. This use of natural light is continued throughout the house, in the long slot window over the bath connecting to the garden and in the en-suite bathroom and master bedroom where use of more skylights creates the feeling of showering and sleeping under the stars.

This connection of the domestic environment to the outdoors is further reinforced by the palette of materials – the polished concrete floor runs seamlessly from inside to the garden through retractable glass doors. The utility spaces for the kitchen and the guest toilet are housed behind an Iroko slatted wall, which feels like an extension of the boundary fence further blurring the boundary between inside and outside.

The folded geometrical planes are an important feature of the space and allow daylight to enter deep into the house. Sunlight bounces off an angled screen, which is painted white and reflects light onto the ceiling and into the living room. Reliance on artificial lighting is kept to a minimum.

We worked closely with the clients to meet their specific requirements and the house has many special features and elements of bespoke design namely:

The Western Red Cedar Brise Soleil shutters outside the bathroom were specially made and create privacy, they can be rotated and opened like gates in order to access the skylights below for cleaning.

We used polished concrete on the floors alongside an underfloor heating system. This allowed us to take advantage of the embodied thermal mass within the concrete slab, which stores heat for long periods decreasing the amount of energy used to heat the spaces.

Skylights and LED lighting - we used large expanses of overhead glazing to bring natural light indoors reducing reliance on artificial lighting. We used strip LED lighting, which benefits from low energy use alongside a longlife lamp system also creating a warm and diffuse light in the interiors.

Iroko cladding - The ground floor of the house is broken up into ‘served and servant’ spaces. The utility spaces for the kitchen including the fridge, freezer, pantry, laundry and guest toilet are all hidden neatly behind an iroko wall giving a hierarchy to the more public spaces of the home. 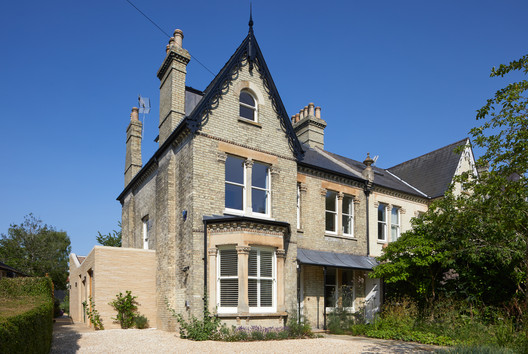