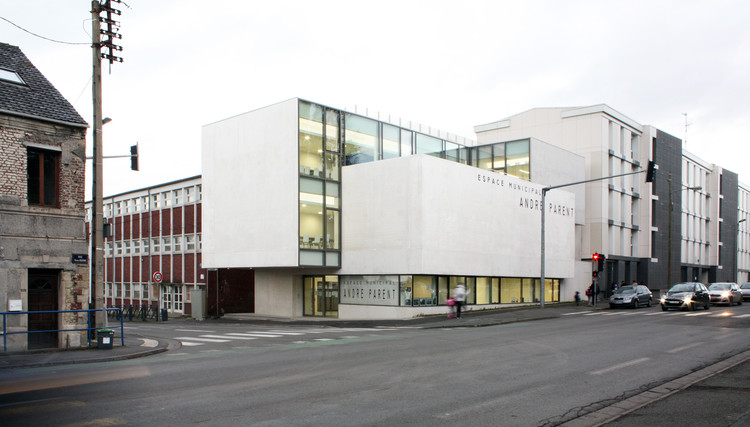 Text description provided by the architects. Some places have a stronger symbolical potential than others: the plot where the new city equipment was built is one of them.

The new cultural center stands at the entrance of the city, where its main axis – the avenue Anatole France – crosses with the rue Lucien Jonas that leads to a housing suburb recently renovated. The building was erected on an empty plot that didn’t establish any relationship between the 60’s rectangular housing buildings of the neighborhood and the traditional brick house typologies that are on the avenue.

It is then the first goal of the building to link these different fabrics, to work as a hyphen at an urban scale.

The volume is a combination of voids and filled that interact with the broad range of the surrounding scales. It opens and closes, hides and shows, raises up and down.

From the exterior, cantilevers, ruptures and passages draw the limits for the entrances, the passage and the relations with the existing buildings.

From the interior, the generous views through the windows frame different relations to the exterior and the landscape.

The walls of rough white concrete and the glass curtain walls maintain the coherence of the volumes and play with the special light of the north of France.

On the contrary, the plan is simple and display the different rooms with evidence; a rational layout for the multiple uses of the building. 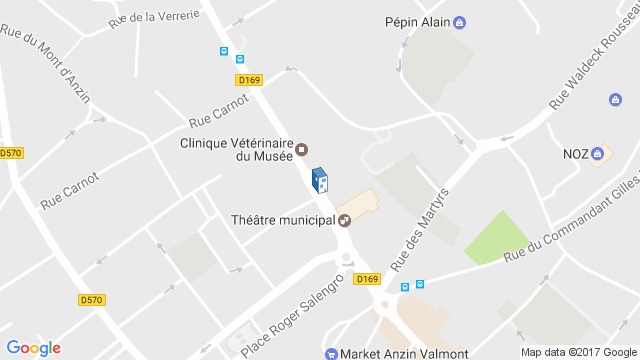