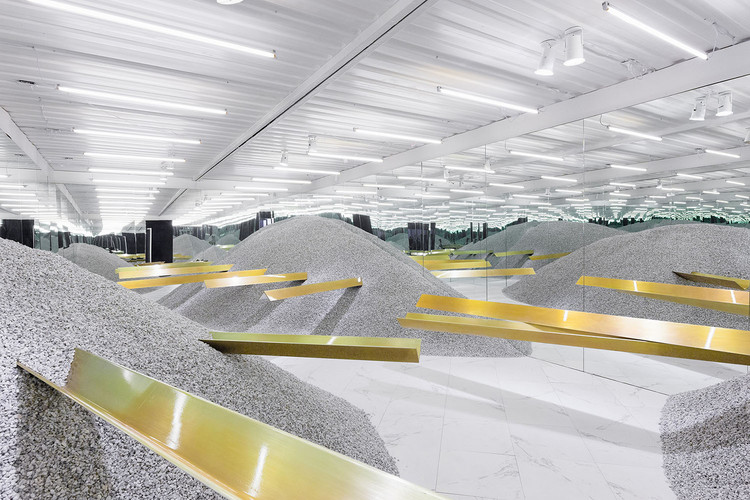 [New York, NY] – Thursday, December 12th, 2013 the second installation in the AIA award winning BOFFO Building Fashion series opened with a three week fashion and architecture retail installation by Linda Farrow + Office of Neiheiser & Valle. A shipping container and surrounding warehouse space at the SuperPier at Hudson River Park (15th Street) in New York City, will be radically transformed, inviting visitors to a unique public art experience. An endless landscape of stone and light by Neiheiser & Valle adjacent to the Hudson River provides the backdrop for more than just Linda Farrow’s collection of luxurious eyewear, but an experience that transforms the brand for its New York City fans.

This BOFFO Building Fashion project is designed to transport the visitor from the dark winter of New York City to an infinite landscape of stone and light. Neiheiser & Valle state, “Eyewear mediates our vision and moderates our intake of light, but it also has the power to transform and transport.” For this installation, the architectural elements are minimized while the spatial qualities essential to both vision and illusion - deep space, radiance, and reflection - are maximized. The only objects present are the Linda Farrow glasses, suspended against an undulating environment of rich material qualities - coarse piles of stone, gold displays, ethereal mirrors, polished marble, and crisp light. Parallel walls of mirrored reflection multiply the space in both directions, creating an infinite field that is both heavy and light, an expansive landscape paradoxically contained within the confines of a shipping container, an oasis of luxury and warmth unexpectedly discovered in a cold warehouse by the Hudson River.

The installation will offer a selection of eyewear from the Linda Farrow collection, as well as its celebrated international designer collaborations. Unveiling for the first time the SS14 collaboration collections with Suno and 3.1 Phillip Lim, as well as continuing collaborations with designers like Dries Van Noten, Jeremy Scott, Oscar de la Renta, The Row, and Prabal Gurung.

Alongside the eyewear collection, the installation will offer a capsule collection in celebration of the Linda Farrow 10th anniversary of the relaunch of the brand. Expanding into lifestyle for the first time, the capsule collection is a luxurious selection of collaborative projects created with leading designers including shoes by Nicholas Kirkwood, lingerie by Agent Provocateur, jewellery by Mawi and the first Linda Farrow handbag, among other items and will be the exclusive brick & mortar to carry the capsule in New York.

“2013 has been a milestone for Linda Farrow. To be able to celebrate a 10-year anniversary with such exciting projects like the capsule collection, and now partnering with a storied project such as BOFFO Building Fashion séries, is incredible” say Simon Jablon and Tracy Sedino of Linda Farrow.

Linda Farrow offers what most eyewear companies can no longer offer: “innovation” in the purest sense of the word. Established in 1970, the Linda Farrow brand of luxury eyewear rose quickly to acclaim amongst stylish Londoners and international jet set. Originally a fashion designer, Linda Farrow was one of the first to treat sunglasses as fashion, producing collection after cutting-edge collection. A tireless experimenter, Farrow pioneered many of the shapes and styles that remain stylish today. Linda Farrow’s long tradition of originality has been kept current by the use of collaborating with the most exciting designers to date, who bring a new perspective, whilst respecting the values which have made Linda Farrow a by-word for style, exclusivity and excellence. Linda Farrow has never lost sight of what its fundamental values are; to create innovative products at a luxury level. Today renowned for its collaborations with many of the world’s most acclaimed designers (Dries Van Noten, Oscar de la Renta, The Row, Matthew Williamson, Alexander Wang, Jeremy Scott, Kris van Assche among them). Its unprecedented range of vintage sunglasses (over 2000 original designs from the 70s and 80s), and its uncompromisingly luxurious 18K and Luxe lines, Linda Farrow has established itself as one of the most exciting brands in fashion today.

Neiheiser & Valle is a multidisciplinary design practice committed to both playful experimentation and serious research. Ryan Neiheiser and Giancarlo Valle see design as a conversation, a loose exchange of forms and ideas, an open dialogue with their histories and surroundings. They approach each project with an intellectual curiosity, an artistic rigor, and a strong commitment to realizing their ideas in the world. 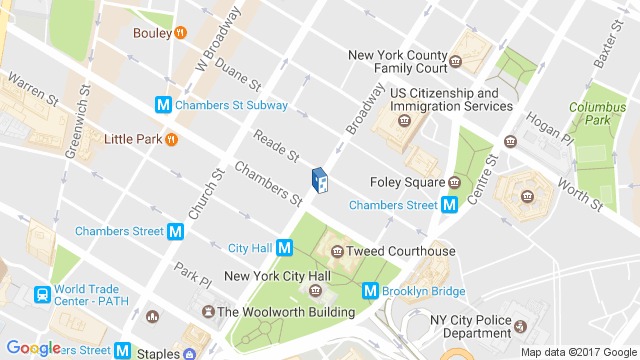