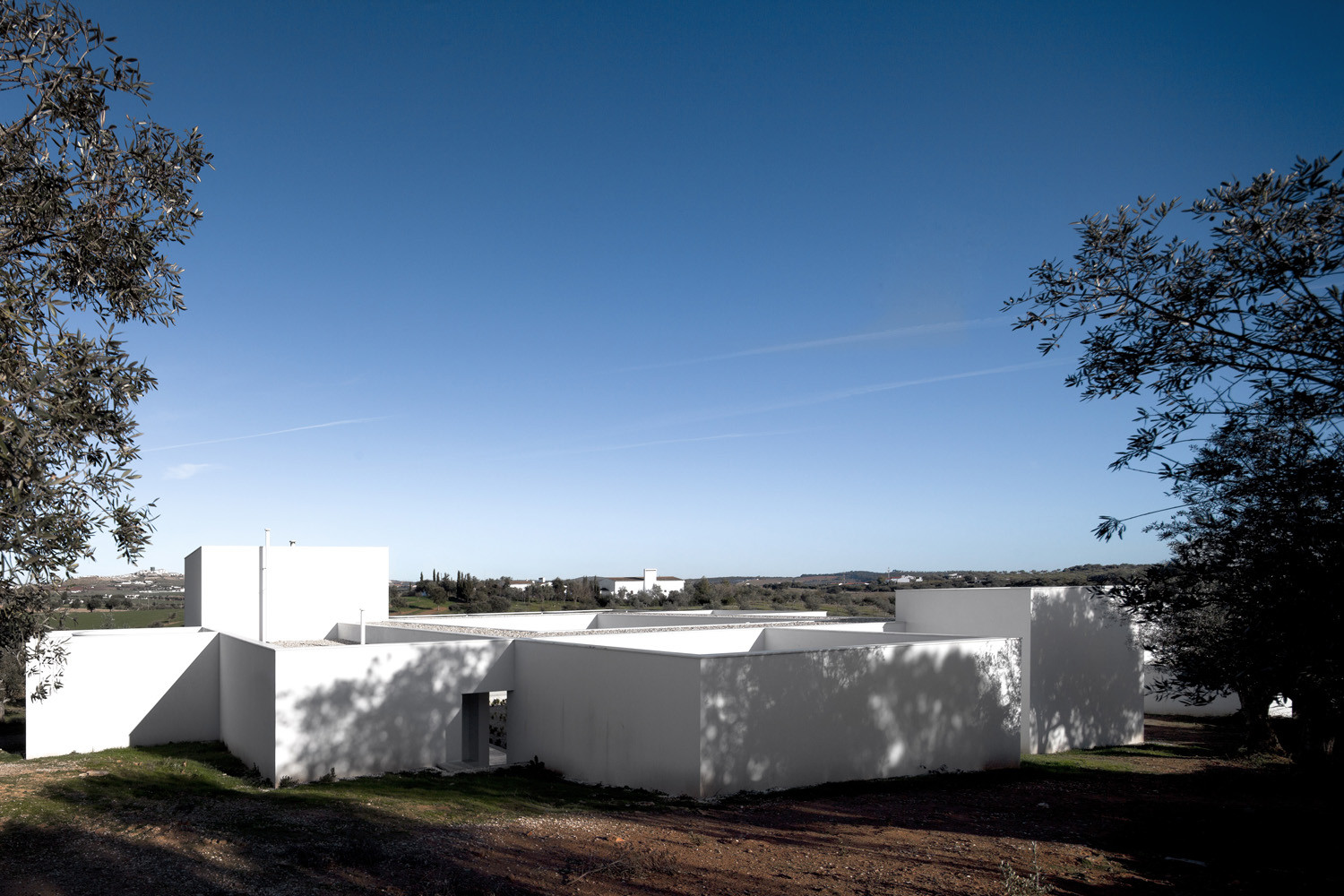 Text description provided by the architects. The project site is located west of the town of Estremoz, which is distant about 2 miles, integrating a rural area which consists of properties punctuated by buildings for housing and agricultural support. In the last stretch of the site access, the path is flanked by low dry stone walls just below the ridge line, setting the quota limit of the high ground. The lot, oblong and without geometric order, extends to the east, down to a small valley where runs a seasonal water line and is populated by olive trees.

The house is implanted on a zone where the topography softens, interrupting the dominant descent movement. The location of this plain area is also the point where the view of the castle of Estremoz is more evident and interesting. The castle watchtower is an irresistible reference. Here the density of trees is smaller, if we disregard the lower part of the water line, therefore, this implantation avoids major cuts on a system intended to be preserved.

On the arrival, from the public path, the house appears to be embedded, small-scaled, recognizing the presence of the aforementioned stone walls and the sheer size of the path. This access is done between trees and low building. In the opposite elevation, in the East, the house takes its real size, resting on the base that forms the yard and connects to the tank. This process is concluded at an existing rocky outcrop facing the tank.

The cloister is the drawing generator, with which the establishment of the house stabilizes and is formalized, giving it meaning and intentionality. Through it are formally staged transitions, culminating in the mentioned point of view on the Estremoz castle, by the tank. The volumes that orbit the cloister reveal, in their cut boundaries, the fickle topography in which the house is anchored. South from the house center (cloister), a long wall ends in a volume that touches the lot boundary setting a break and creating a shadow that announces the beginning of the access route.