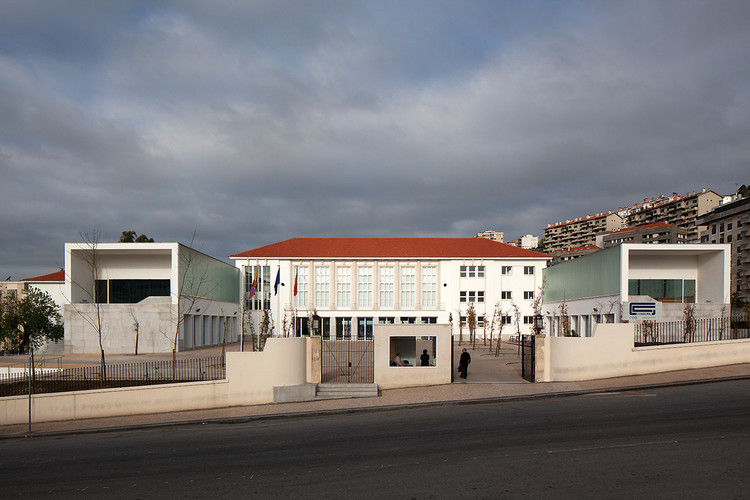 Text description provided by the architects. Avelar Brotero Secondary School was founded in 1884 under the name Escola de Desenho Industrial (School ofIndustrial Design). Subsequent reforms brought change to the school´s designation, but not to is academic vocation, which, to this day, in parallel to its regular syllabus, maintains a technological and workshop teaching feature. This academic programme is naturally reflected in the building the School currently occupies, as it has since 1950s. It is a building complex essentially made up of three blocks, sets of spaces structured together around a central open space.

A first block accupies the length of the Rua General Humberto Delgado (bloco A), were the classrooms, laboratories, administrative areas and library are the found. Linked to this block, a central block (Body C) houses the gymnasium and the changing rooms, as well as the canteen and bar, and a small group of classrooms, in two separate arms of the main body. A final large Block is made up of the workshop areas (Body B), wich complete the building complex. The outer spaces are the most part occupied by sports fields.

Strategy. Having identified the advantages and disadvantages that the building offers in the current state been, we now move on to define an action strategy according to four basic vectors: defining new teaching areas; redefining accessibility; redistributing the program me; clarifying circulation.

New Areas. The new teaching areas contemplated in this intervention are those already identified in the situation and it stands. Thus, the areas to be build are:

Another new area of invention will be established  over part of an existing building, for which partial demolition is proposed, in order to create an adjoining new volume for workshop and laboratories, capable of increasing the floor area in this body and to better suit the intended programme: supporting areas to the workshop area and new physics, chemistry, biology and geology laboratories.

Programme. The teaching area redistribution intended by this proposal aims above all the current discrepancy in intensity of use of the different parts of the school, as well as to promote an effective integration between the two main educational options that the school houses - standard and technological education. 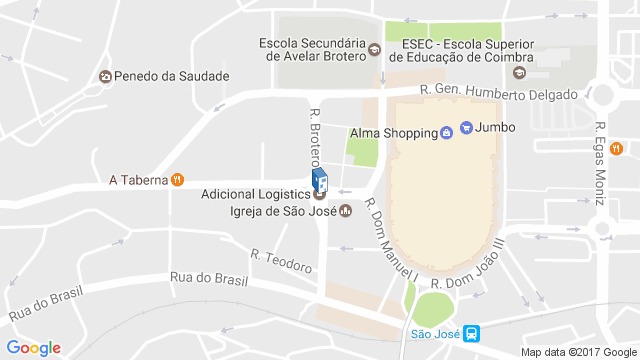