Save
Sports Hall and Public Square in Krk / Turato Architects 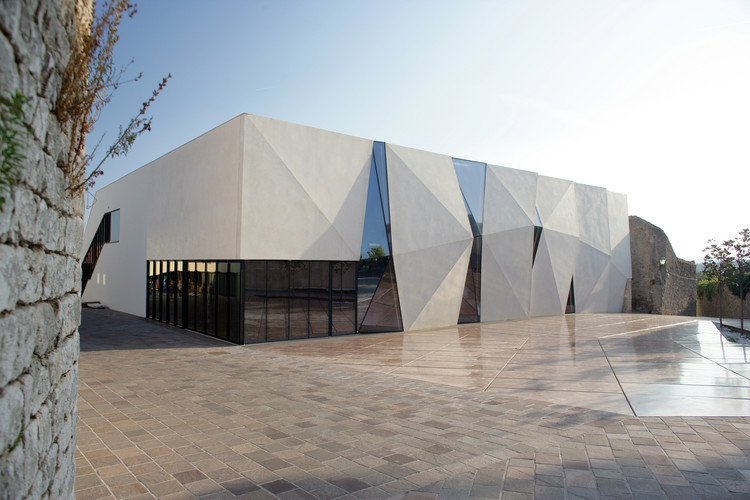 Text description provided by the architects. One of the main focuses of the Turato Architects’ Hall and Square project in Krkwas to finish an architectural dialogue started way back in 2005, when Idis Turato completed an elementary school, Fran Krsto Frankopan (with his former studio “Randić Turato”).

The new Hall, which opened shortly before the summer of 2013, is situated in the very vicinity of the above-mentioned school, just across a narrow pedestrian street. The completion of the new sports building and public square was a crown achievement of the architect’s quest to complete an integral urban ensemble on top of Krk’s old town, thereby creating a newly defined focal point of high importance.

The newly built Hall, aside from being a gym facility for the school pupils – who can now easily access it through an underground corridor – aims to meet demands of the local community as well, housing sports events as well as future cultural activities and public festivities on a larger scale. This is the reason why the north-eastern corner of the Hall’s façade opens up onto the Square, providing functional continuity of passing through and enabling them to become almost one.

The school-hall-square assembly is surrounded by several churches and monasteries, as well as by two tall church towers that act as the Square’s vertical accents. Together, they all define and describe this wide public space, which, depending on occasion, can function both as a secular and an ecclesiastical pedestrian zone.

On the very site of the new Hall there used to be an old student dorm, which had been used in past as a gym facility for the school. Prior to the Hall construction it had to be demolished. The demolition, however, unearthed several new and important archaeological discoveries on the site, thus creating a whole new context for the Hall itself. All that had been found on the site had to be preserved as discovered. The architects took this fact to be crucial in redefining the concept according to the new input. This affected directly the very organizational scheme of the project. The excavated and preserved church and monastery walls were to become integral parts of the new building, with new walls and façades of the Hall emerging directly from the restored, older ones.

Yet another contextual element was important in forming the shape and size of the building. These are the high walls, seen throughout the old town of Krk, especially around the aforementioned monasteries, enclosing the town lots, lining the narrow streets of the town. These site-specific structures surround the Hall itself as well. Behind these walls different stories are taking place daily, balancing between the public and the private, depending on the usage of the space enclosed. The high walls of the western Hall façade, next to the Franciscan monastery, are then but a continuation of these town alleys.

This is where the story of the walls, their origin, context and their shape began, resulting in variety of the façade walls, formally corresponding to the context, input and location.

Although seemingly set “back”, on secondary surfaces (the western alley and southern façade), the most recognizable and by far the most unique element of the Hall itself is a wall consisting of original and striking prefabricated concrete elements. The architect named these the innards due to their origin and their fabrication, and the ambiguity of the impression they leave upon the viewer, due to a formal factor of its (un)attractiveness. The innards are in fact unique precast elements produced as a negative of a dry stone wall, or more precisely  - made by placing stones in a wooden mold, covering them with a PVC foil and pouring concrete over it all. In this way the negative of the stones forms the “face” of the precast element. This inverse building process, a simple and basic fabrication with a distinct visual impact, is an invention of the Hall’s author. It happened as a result of researching simple building materials with a crafty bricklayer, with whom the architect had collaborated on several projects in the past as well.

On the other hand, the most representative façade of the Hall, the one visually dominating the square, is the façade constructed out of six impressively large concrete monoliths, weighing up to 23 tons. The monolithic blocks are finished off with a layer of ‘terrazzo’, which is an ancient technique usually used for floor finishes, requiring hours of polishing by hand. Here, however, the terrazzo is redefined and used vertically, fittingly renamed into a “vertical terrazzo”. While this sudden vertical use of the finish creates a shiny and finely shaded façade, its “normal” use, on horizontal surfaces, is recontextualized and rethought once again, since this finish, usually ‘reserved’ for interiors, is now used for exterior surfaces of the public Square. The red color of the Square’s terrazzo floor panels is in contrast to the lightness of the Hall’s façade. Its smoothness and slip-resistance is achieved by application of a layer of epoxy after polishing.

The fourth façade, facing the school, with its formal look and finish (done in plaster lime mortar) confirms that the new building remains in a direct communication with the existing educational facility, sharing its function. 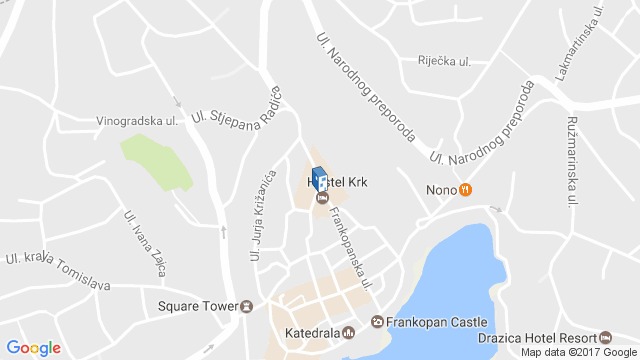