Text description provided by the architects. 1- The project according to its author The plaza is a surface, a topography drawn out in relation to the movement of the water and built by pedreiros, following patterns that are abstract but not random. Floating on this surface is an object. At its base, water, frozen here to form a skating rink.

2- The relation between the Cultural Center and the Plaza. The project presented the challenge of addressing the great complexity of the public space and the various traffic and urban problems of the historic center of Castelo Branco. The aim of the Cultural Center, furthermore, was to turn the old town into a cultural nerve center for the city.

The plaza, designed in the first phase (2007), is moulded to the site to deal with the initial topographic problems and accommodate the various buildings designed to go there. Located on the slope of the hill that leads to the castle, it exploits the topography to form crosswise strips, giving rise in the central space of the project to a plaza whose gentle slopes give rise almost naturally to a pool of water in the center of the plaza, in front of the Cultural Center.

The Cultural Center, built in phase two, though part of the original project, floats on two piles over the plaza, like a bridge, freeing up at its base a covered ice-skating rink, and giving continuity to this large public space, to the plaza and to the adjacent park. It forms another part of the plaza, drawing on the Portuguese tradition of skating and the cold continental climate. With its wooden façade, in contrast to the zinc-clad reinforced concrete of the suspended part, it is a bubble of activity, a roof and a floor that floats above the site, relating the urban sequence, the plaza and the park.

Descending one of the ramps generated by the folds in the paving of Praça Largo da Devesa, we come to the main entrance of Castelo Branco Cultural Center. We move towards it, dazzled by the great façade of wooden slats, adjustable at one point to regulate the lighting, that look down on us from their position in the air. Almost without our realizing, this descent brings us to the reception, situated below grade and leading into a great gallery. This floor also accommodates the administrative area. Continuing with the variations in the floor level, a gradual slope takes us to the car park, for the public, which expands beneath the building and the plaza.

Inside the building, the ground floor is just a transition space, connecting with the floors above. On the outside, however, this floor is the manifestation of the connection between the plaza and the Cultural Center, housing an ice rink that extends from one side of the building to the other and interacts directly with its setting, becoming a hub of activity. It is an outdoor space that generates movement, colour, light at night and music.

Skylights exploit this opening at ground level to allow light into the basement floor, creating an ambience that is light and welcoming. We go back inside through another entrance on the ground floor, beneath the wooden façade. On the higher levels, we find the auditorium and a gallery that mimic the structure of the building, forming double-height spaces.

At one end, the exhibition hall occupies the first and second floors, with a ramp to change level that accompanies the structure of the building. In this way, the visitor has an overview of the space.

At the other end, the auditorium also moulds naturally to the curve of the building with its seating arrangement. All in black, it contrasts with the lighter tones of the stage to focus the audience’s attention. In addition to these spaces, the first floor also accommodates the dressing rooms, with direct access to the stage. On the second floor, opposite the stage, are the control room and a bar connected with the main entrance to the auditorium where visitors can relax. There is also a multipurpose space on this floor, enclosed between the exhibition hall and the auditorium. The top floor offers stunning vistas of Castelo Branco, with the castle that gives the city its name. Finally, the roof, concealing all the machinery, opens up in a great skylight over the exhibition hall, providing natural lighting. 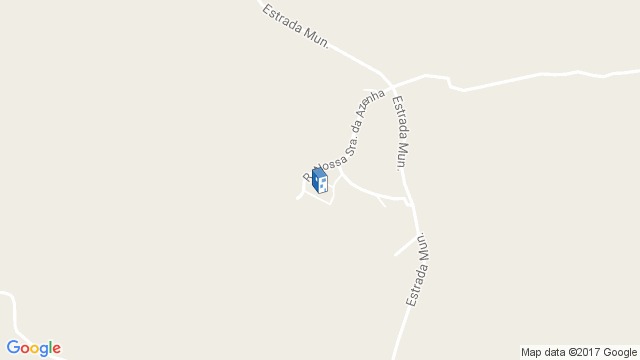