Save
Building Transformed Into Giant Rubik's Cube
Share
Or
Copy

For his thesis project, Javier Lloret turned a building into a giant, solvable Rubik's Cube. Making use of the media facade of the Ars Electronica in Linz, Austria, he projected the world's most famous handheld puzzle onto a huge scale - inviting passers-by to solve the puzzle. In the process, Lloret transformed the nearby area, showing that (when used correctly) technology can make the urban environment more fun.

Read on to find out how Lloret did it... 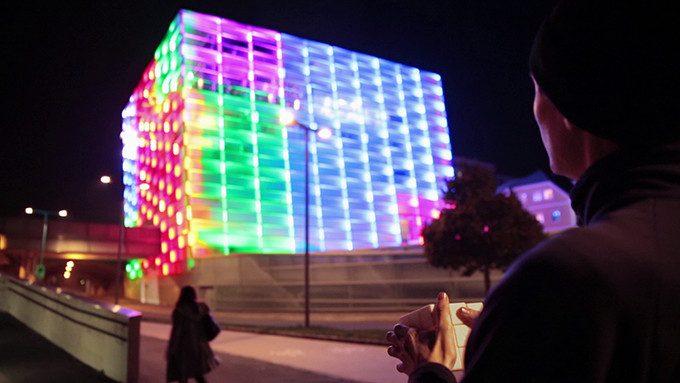 By creating a blank white Rubik's cube containing a series of motion tracking systems, input information was fed to software which calculated where the colors would be on the cube. This was then fed to the media facade of the Ars Electronica, effectively allowing users to manipulate the building-size puzzle with their hands.

Transforming the area into the location for a communal puzzle-solving challenge, the project is a fantastic demonstration of how technology can be used simply to make cities, and public life, more entertaining.