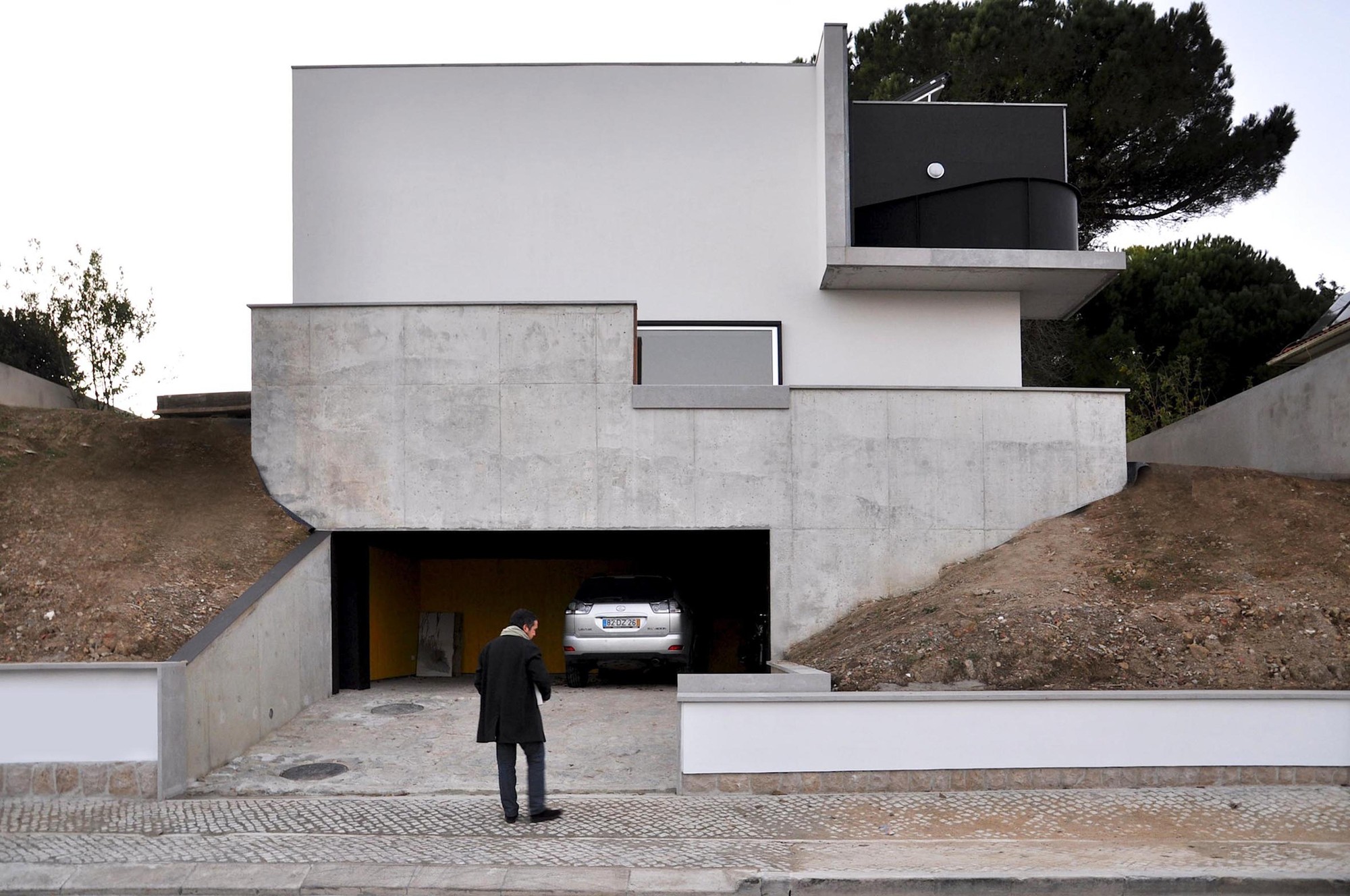 Text description provided by the architects. The project includes the construction of a new body, to the west, organizing two new bedrooms in suite, downstairs, living and dining room turn to the garden and roof turned in an accessible terrace.

This construction is admittedly different from the existing, both in terms of constrution as in terms of its general scheme, in order to keep the legal distances to the lateral boundaries.

The old building is redesigned inside, adapting itself to the new proposed program, but in such a way as to maintin its essential characteristics. The base of the building is redrawn, allowing the enlargement of the parking space, currently very narrow.

This peripheral limit, in exposed concrete, creates semi-outdoor spaces in between the two constructions, acting as a unifying element to the whole.

On the other hand, and to smoothen the large volume of the current house, this new base is slightly higher, which creates the illusion of a smaller construction.

Behind this unifying base, arise the volumes of the existing building and the west extension, leaving us the clear reading of the conservation on the first and a subsquent inetrvention of contemporary character on the second, at the same time the relationship between the both involve them in a clear set.