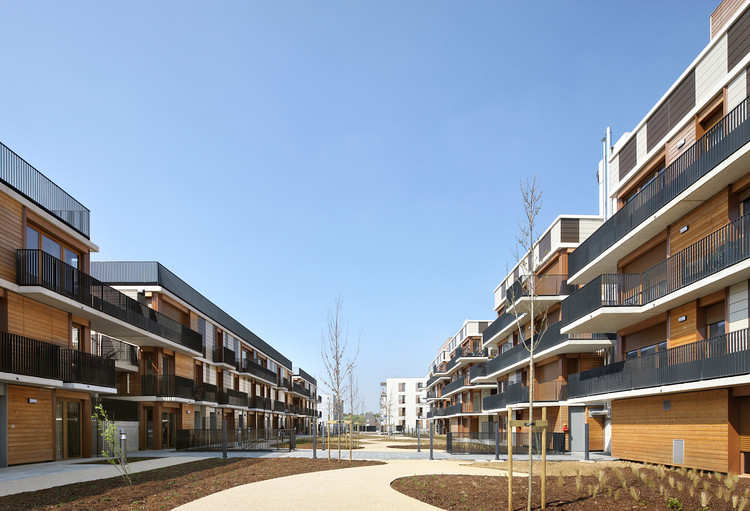 How to design a building that generates social ties rather than a social housing building? How to create an open place that promotes interactions between residents, a place that is fully used while the environment continues to evolve?

The agency decided to create a building turned on itself, its courtyard, its residents, a sort of a modern little social utopia where people live and share a piece of town.

The project stands in the Pompadour urban development zone, a neighbourhood with an orthonormal and regular design with buildings lining a secondary road, criss-crossed by long green expanses. It is composed of two buildings, one with four storeys of housing over stores on Avenue Duranton, the other with three storeys of housing on Rue Roland Roche. A tree-filled garden courtyard standing in the middle of the site on a hill level with the highest water mark, connects hallways and split-level apartment.

The buildings house several types of flats. Small or spacious, penthouses and split-level, these flats offer various types of co-existence. And all share the ability to take full advantage of the expansive exterior spaces, a direct interface between the shared space at the heart of the structures and private spaces. These dwellings defuses any stigmatization as social housing. Strongly opposite of the image of building where most resident come from, it offers genuine variations between the private and public spaces with meticulous attention paid to the façades of enamelled ceramic and broad woodwork. This lasting quality is not intended only for the client, it show also that we as architects take very seriously an individual’s self-image and the image one has of others through the place they live in. 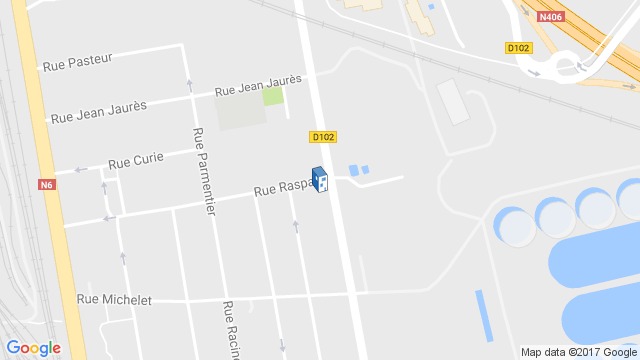