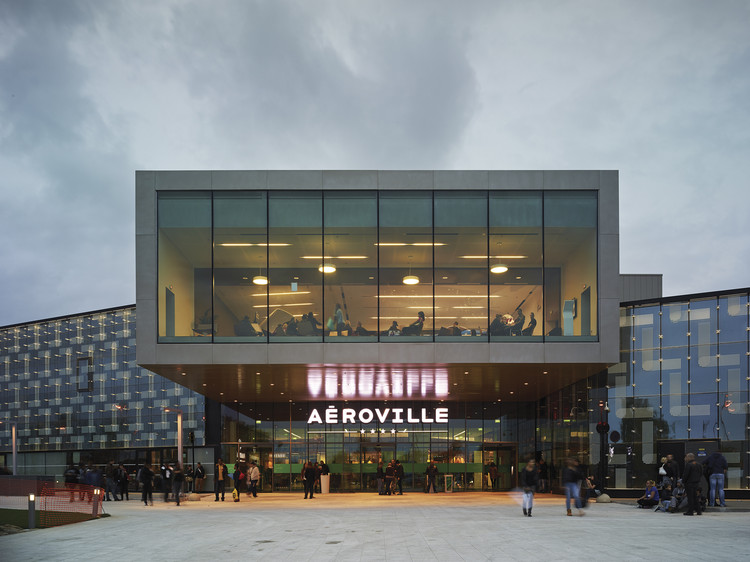 Text description provided by the architects. A LONG WAITED MIXED-USE AND ENTERTAINMENT COMPLEX BY THE AEROPORTS DE PARIS

The Paris area airport - Charles de Gaulle – has become the first airport hub in continental Europe because of its advanced technology, its flux of freight and travelers, and its inestimable potential for growth.

This airport zone – consisting of 10 business parks, multiple commercial zones, and professional fairgrounds - is the first employment center in the Ile-de-France region, after La Défense, with over 120,000 employees. The Grand Paris projects (CDG Express or double loop) will soon reinforce the power of the “hub”, a node of global interconnection, and a threshold for the capital and the country.

This area has suffered from a lack of identity of space and centrality which could offer its users the facilities of a city center: services, shopping, entertainment, and culture. To overcome this absence, Aéroports de Paris, in partnership with the Unibail-Rodamco group have for a decade envisioned a long awaited mixed-use and entertainment complex at the fringes of the airport zone, less than 10 minutes by car or bus for employees of the area, and for travelers and residents of Roissy and Tremblay. Less than 30 minutes by car, there is a population of 1.8 million people that is affected by the project, between the highly dense zones towards Paris and the more scattered zones to the north.

In 2010, Unibail-Rodamco appointed Philippe Chiambaretta/PCA with the design and development of this complex called Aeroville. After less than four years of studies and construction, the project is open today.

THE IMAGINATION OF THE CITY AND TRAVEL TOGETHER UNDER ONE ROOF

Aeroville, shopping and entertainment center, inspired by the imagination of the voyage will be the “city center” of the previously untraceable, vast zone. With fragmented blocks, it is an open space in which the airport inoculated its cosmopolitan dimension of travel and the city, this of flux and plural activity.  The airport is the iconic space of a new migratory global culture. Transforming Aeroville into a metaphor of the journey joining this global usability.

A SITE AT THE SCALE OF A TERMINAL AND A NEIGHBORHOOD

The site of Aeroville is at the edge of the airport zone at the extremities of the paths of Roissy-Charles de Gaulle 2. This plot of 11 hectares in the heart of the freight zone is large enough to contain terminals 2E and 2F, Le Forum des Halles, or part of the Marais district of Paris.

The Aeroville mall is designed in the manner of a city rail system, making a clear distinction between the public space and the built environment. The commercial program around the interior streets is fragmented into blocks of varying heights and dimensions referring to the islands of the city. The project is in contrast with the usual proportions of this type of program, flat and uniform, and consistent with its function as a participant to travel and escape. The opening of the building and its character, non-generic and non-repetitive, form a space devoted to commerce, a public form that promotes exchanges and strolls.

AN ORGANIZATION IN THREE STRATUMS PLAYING WITH NATURAL TOPOGRAPHY

The architectural design presents the originality of this type of development solely on a single level of retail around a covered street in the form of the number eight, along which are arranged the program components.

This inner street level is accessed from rue des Buissons, facing the bus stop and offices of the freight area.

Parking is hidden under and on street level. The project has taken part of the sloping site, and the north entrance to the parking is on the natural terrain, providing natural light and ventilation to the parking lot. The parking for staff and the cinema are located in the center. The surroundings are freed from vehicles and are vegetated allowing the reconstitution of an ecosystem.

THE STREETS, THE SQUARES, THE HUBS

Similar to being inside an airport, the interior street has natural light and views to the sky through a glass roof designed to reduce artificial lighting and avoid thermal warming. The interior street widens at several points to form nodes that are more illuminated and open to the highest points of the ceilings, which correspond to the five points of vertical links between the parking and the center: the hubs. The path of 1.1 km long is largely illuminated by continuous windows and is projected by the rhythm of the plugs on the façade.

The design of the building has been fully carried out by the PCA agency. The interior, in addition to the volume and spatial organization, the ceilings and windows are also designed by PCA. The decoration and signage of the mall has been developed by Saguez&Partners

Unlike traditional shopping centers, which are introverted in design, the inner streets of Aeroville extend to the façade at several points, forming an emergence, to avoid the effects of a closed universe on itself and to break the monotony of a long façade and continue for more than a kilometer long. The monolith is divided and opens on the exterior of the façade through punctures towards the skies, inspired by airport jet bridges, which are transformed here into lookout points offering views of the landscape and airplanes flying overhead.

The envelope of the blocks, inspired by the codes of the city center, was thought out with the image of the periphery. International brands have become a major component of the global imagery. Over the last fifteen years, luxury brands have developed an architectural expression of their image through flagship stores, designer buildings have contributed to research on the building envelopes of sophisticated commercial buildings. These envelopes play on the finesse of materials and richness of the skin consisting of several membranes. Playing with the simulacrum, Aeroville itself is an association of previous flagships, whose names and logos, signed by the graphic design duo deValence, are composed of simple letters.

A, E, R, O, V, I, L, L, E or the original monogram of the imaginary brand. In “tattooing” graphically the skin of the shopping center, these letters refer to this fictitious brand that would be Aeroville, transforming the object of international consumption into collective creation. 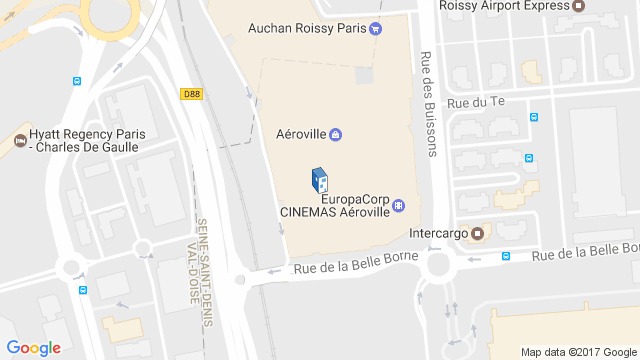 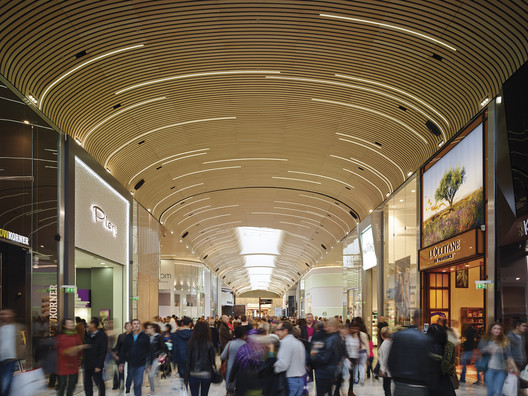